Pitts is a 22-year-old crossing guard who not only makes sure kids stay safe and controls traffic on Main Street, he also has fun every day 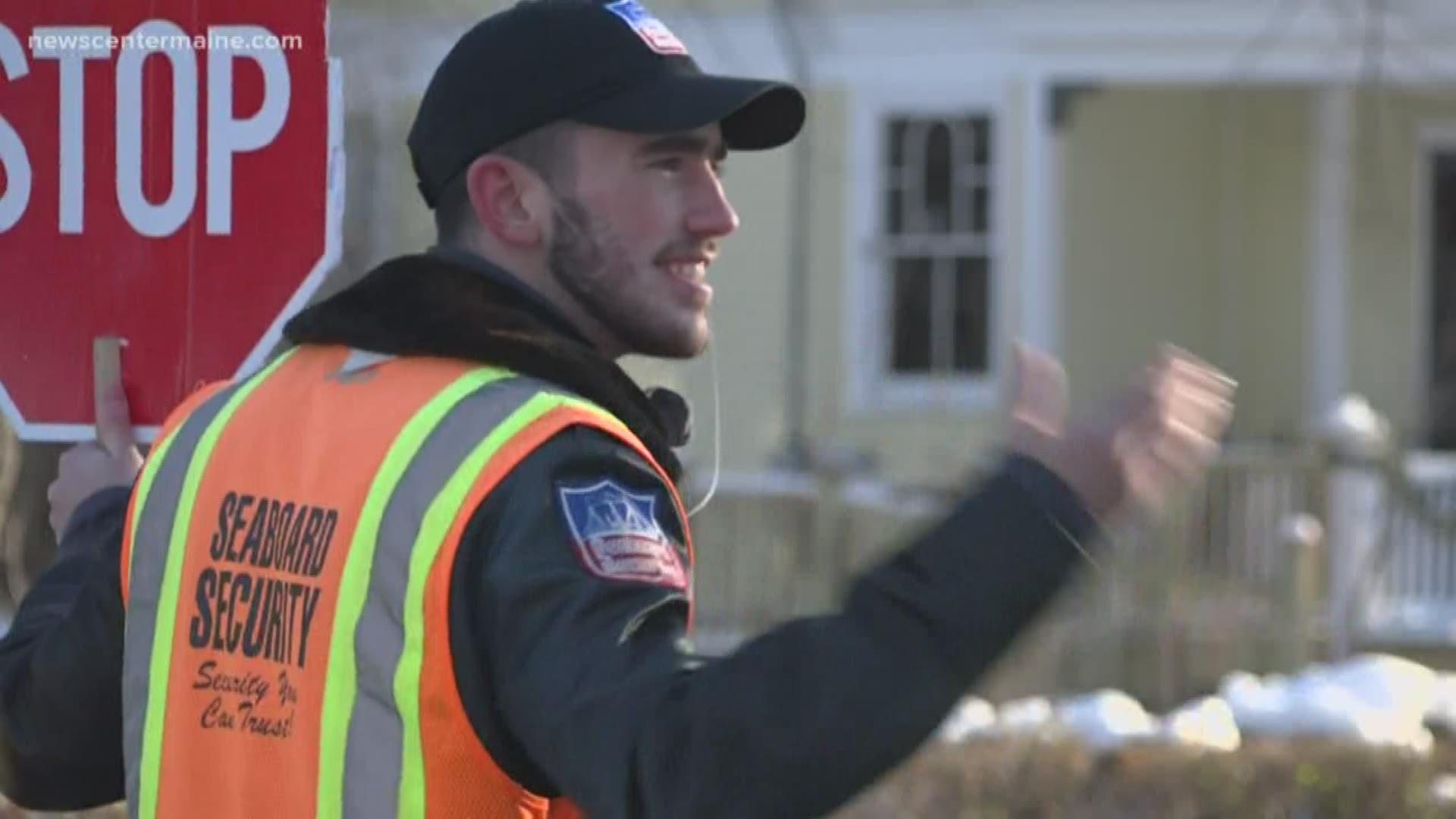 ORONO, Maine — At schools across the state Friday, students had something extra to be happy about. Not only does it start the weekend, but for many districts, Friday was the last day of school before winter vacation.

The break for the holidays marks one of the happiest times of the year for the kids, and maybe the most stressful time for the parents.

In Orono, something parents never have to stress about is their kid getting to school safely. Orono's Middle and High Schools are both off of Westwood Drive, and for kids to walk to school, they have to cross the busy Main Street.

Every morning and every afternoon, Branden Pitts is there to help. The 22-year-old owns his corner and does what any crossing guard does: helps kids cross the street. But Pitts does much more.

“A lot of people think I’m just a crossing guard, but I actually have two roles," Pitts said.

The second and lesser-known role of Pitts is his traffic control position. With so many cars turning onto the school road, it creates traffic jams for the town of Orono during the morning commute. Watching the traffic is one of the three daily priorities for Pitts.

“The first one is get the kids across safely, the second is get the busses across, the third is decongest traffic," he said.

Another fact about the Orono crossing guard is he is employed by Seaboard Security. Eric Baxter is the president and the owner and he understands the importance of hiring the right person.

“His attitude is second to none, he brings a lot to the table," Baxter said.

Baxter also owns the Brewer based PAGE Employment company which has been matching people to jobs since 1945.

Pitts made a name for himself as he's a hit with the kids he helps get to school. He said that when he started this position last year he would dance around while controlling traffic.

That bond grew this holiday season as some students and staff from the Orono Middle School hand-delivered a thank you note to Pitts calling him "The Best Crossing Guard Ever."

His reputation goes beyond the kids he helps or his boss. Even patrol officer Edward Leskey of the Orono Police Department has noticed Pitts' commitment to his job.

“The kids absolutely love him. The kids don’t worry about their safety because he’s here. I come down and watch him, here’s here when its way below zero when it’s raining, when it’s snowing whatever," Leskey said.

Leskey added they don't just let anyone hold the stop sign on the corner of Westbrook and Main.

“We wouldn’t allow just anyone cross these kids, we want someone who truly cares about these kid’s safety and he does," he said.

An unknown figure to many people in the Orono school community, Branden Pitts does his important job with a smile and a whole lot of fun.