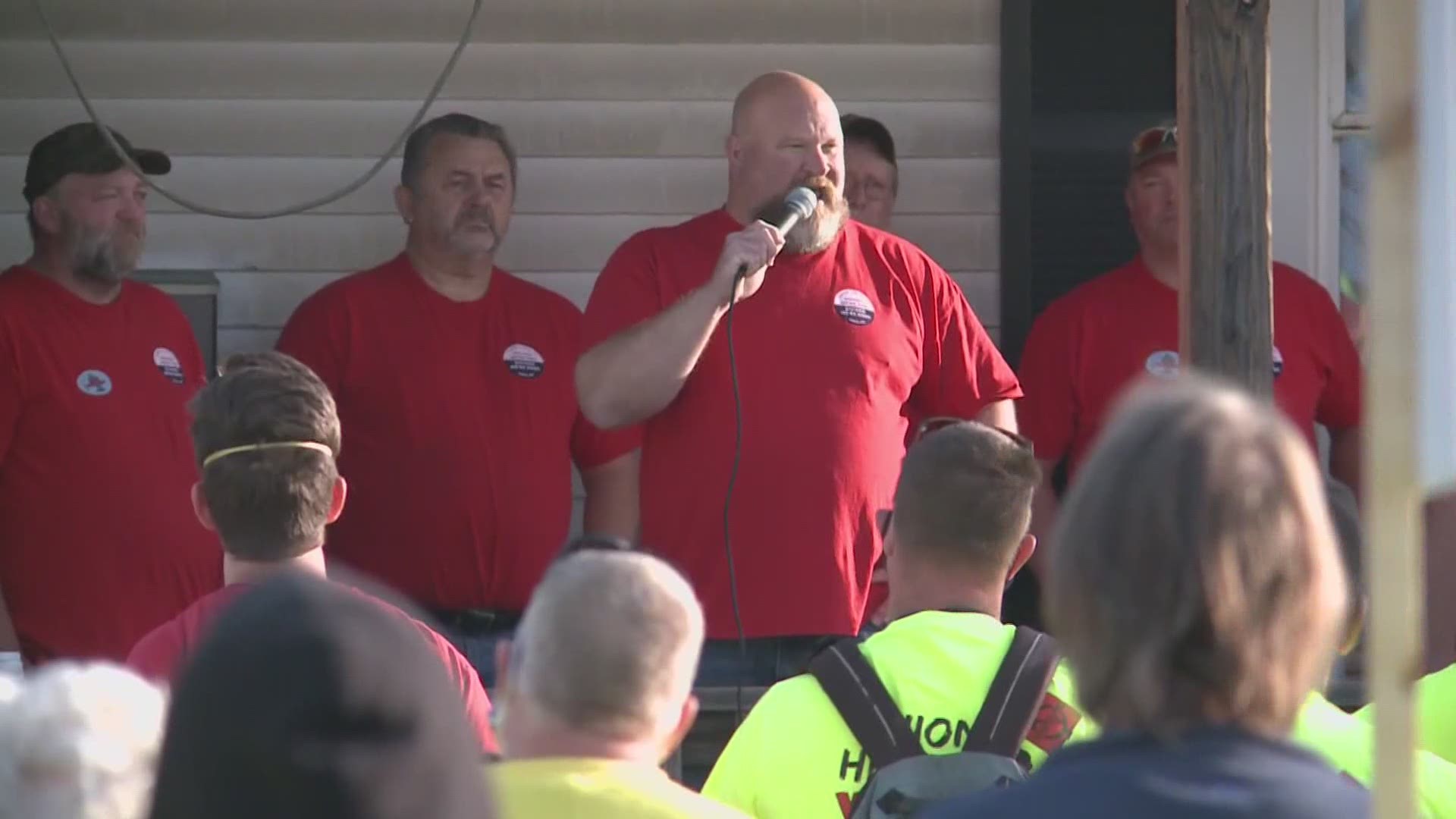 BATH, Maine — The clock is ticking on the contract for the largest union at Bath Iron Works (BIW) — and union members are saying they’re prepared to strike to get what they want.

On Wednesday morning, Washington Street in Bath was lined with workers outside the union hall, as Machinists Union Local S6 staged a show of force before the morning shift change. It was the latest rally by the union, whose members account for roughly two-thirds of the BIW workforce.

Last Friday, a rally inside the shipyard featured chants of “strike, strike." It started a pattern of banging hammers on scrap steel at regular intervals throughout the day from union members to show solidarity with each other.

“They want to strip our seniority, they want to force our guys out and they want to bring in contractors. That’s it, at the end of the day, that’s what they want to do,” one of the union leaders told the crowd, as a chorus of boos came from others standing along the street.

“We will not stand for that,” he added.

The key issues in the contract face-off appear to be familiar ones. BIW management wants more flexibility in work rules to allow union members to work in multiple trades when required. It also wants fewer restrictions on bringing in subcontractors to do certain work. In a letter to shipyard workers and the media Tuesday, BIW President Dirk Lesko said, in part, that current work rules prevent the company from achieving efficiency it needs to be cost-competitive.

“These and other factors continue to drag operations behind schedule, which was a major factor in the Navy’s recent decision to award a new shipbuilding contract, FFG(X), to a competing shipyard in Wisconsin,” the statement read.

It's been almost 20 years since BIW had a big major strike. The last one began in September 2000, and lasted 55 days, stalling work on Navy ships and leaving lots of hard feelings within the yard.

Union and management were at odds five years ago, and some predicted a strike then before an agreement was reached.

Bath Iron Work leaders have said the yard is under constant scrutiny from the Navy for costs and performance and says its proposals for the new contract will provide “common-sense changes” to help keep work moving and prevent layoffs.

But union members say those changes would be detrimental to workers, and the union and is fighting them inside the negotiating room. The final contract proposal is schedyuled to be completed on Friday. After that, union members will have a week to review it before voting begins on June 19.