Bangor priest honored with a car parade before retirement

Father Frank Murray said his goodbyes to his parishioners after 39 years with St. Paul the Apostle parish 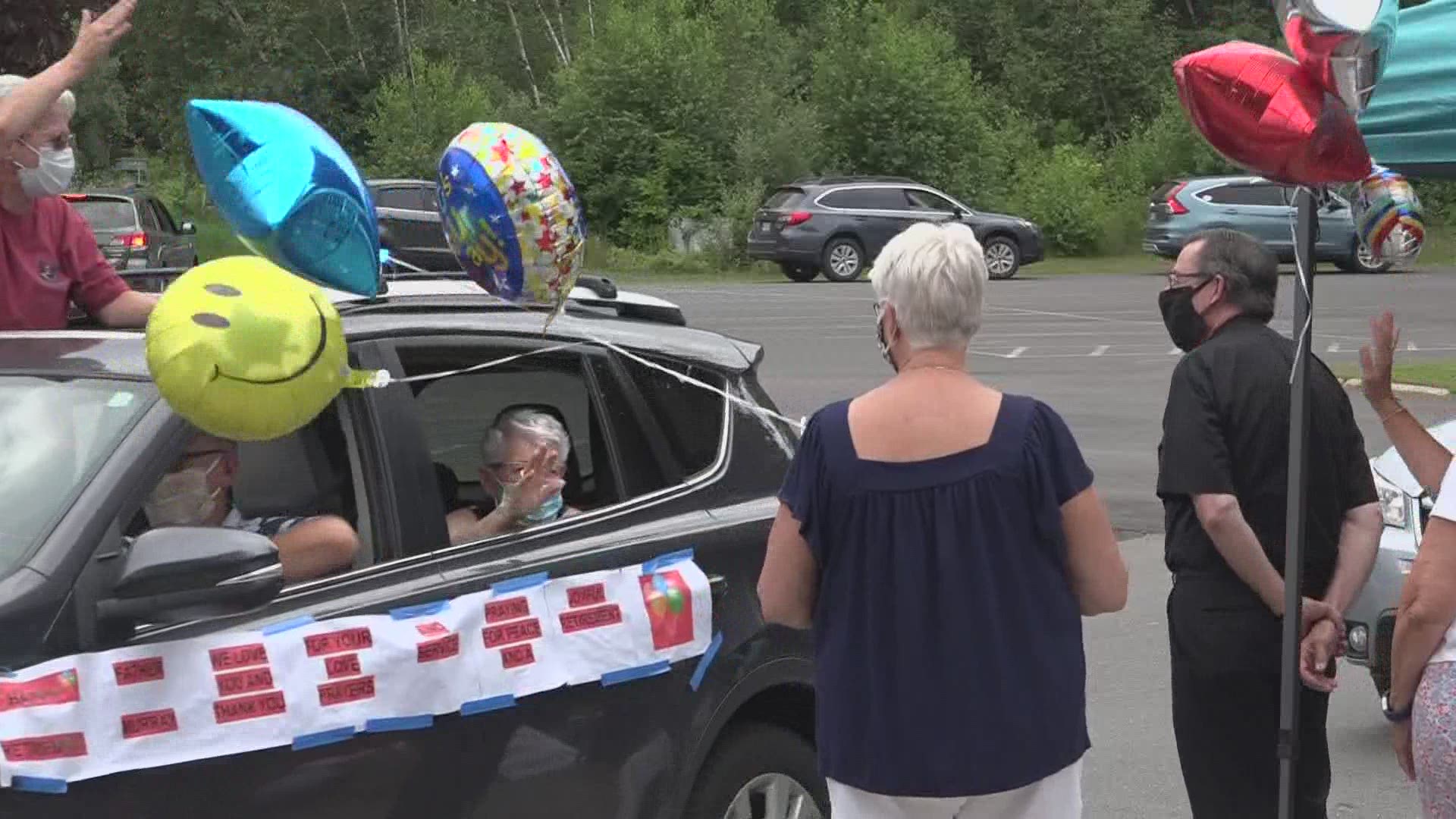 Father Murray is a local. Born and raised in Bangor, he traveled all the way to Orono for college, attending the University of Maine.

After a brief stint in the Maine Legislature, Murray took up the priesthood and was ordained at Saint John's Catholic Church in Bangor in 1981.

On Sunday, 39 years later, hundreds of cars gathered at Saint Mary's Catholic Church in Bangor for a goodbye and good luck parade.

Cars were decorated with balloons and signs as they were able to give their thanks to Murray after the decades of service.

Officials of the parade lost count of how many cars showed up after 300 and the majority of people in line waited more than an hour for the chance to speak with and thank Father Murray.

"I said to them, I appreciate you waiting and practically everyone said we enjoyed it, we were happy to be here," Murray said.

Murray added he was overwhelmed at how many people came out. The last car left the parking lot after 3:30, the event was scheduled to end at 2 p.m.

There is a lot of things Murray said he will miss about his full-time role with the parish, but he said he'll miss the connection with people the most.

Next Sunday will look a little strange with Murray not reading his sermon or homily to his parishioners. Murray won't be greeting folks before or after the service, instead, he'll be at his camp enjoying some well-earned relaxation time.

"I'll still be at mass", Murray said with a smile.