In Bangor, city officials have asked the local homeless shelter to open its warming center next week, two weeks earlier than usual. 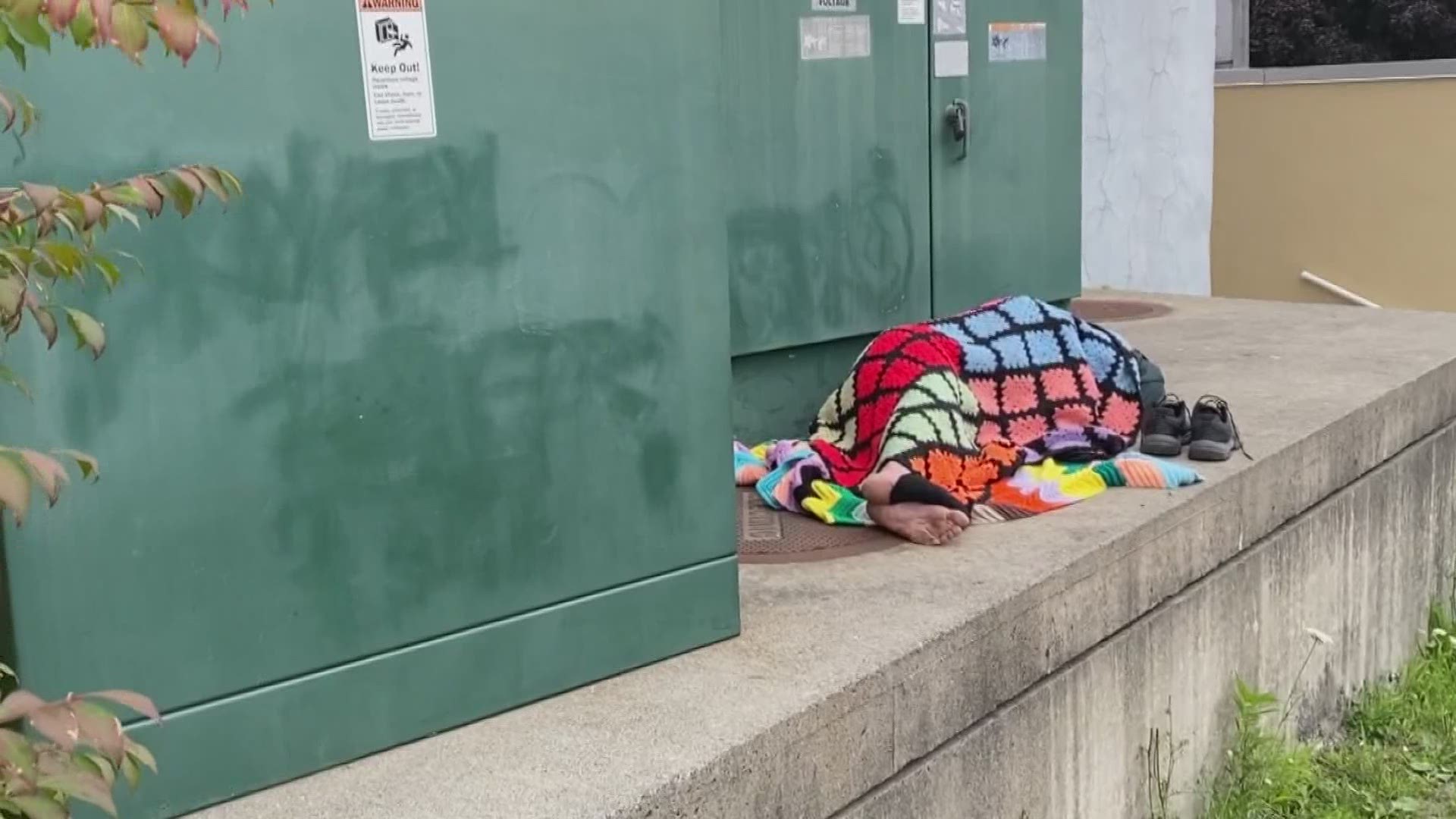 BANGOR, Maine — As the cold weather approaches, the challenge for the homeless to stay warm grows. In Bangor, city officials have asked the local homeless shelter to open its warming center next week, two weeks earlier than usual.

Its warming center will welcome 26 people, down from 40. That is a social distancing safety move in these times of COVID.

Shelter Executive Director Boyd Kronholm says this year there are many more homeless people than last year around Bangor. Kronholm knows more than 26 people are going to need to stay warm this winter, but for the space they have and due to the ongoing pandemic, 26 people is what they can accommodate.

"We are putting plexiglass on the tables so we can have instead of three at each table, we can have four, so there will be plexiglass barriers, we are going to hand out masks, we will take temperatures as people come in, and we will do all the same type of things we've been doing," Kronholm said.

Ann Sweeney from an organization called Hope for Homeless is making sure people experiencing homelessness have what they need to stay warm and fed this winter.

"Every donation that comes in is going right back out," Sweeney said.

For almost three years, Sweeney's non-profit has been collecting donations to help the homeless population in Bangor. She believes the city needs...

"More case managers. We need more help with mental health issues out there. We've got to start helping the homeless wanting to get an apartment instead of enabling them," Sweeney said.

Part of Sweeney's effort is to provide the food and snacks given out in the Bangor Area Homeless Shelter's warming center.

"This year we were planning on opening in the middle of November and the City reached out and asked us if we could open a couple of weeks earlier, so we started doing some fundraising and the city gave us a little bit of money to help," Kronholm said.

The shelter will be able to accommodate 26 people at a time. "It's down from 40 but it's the best that we can do in the current situation," Kronholm said.

"The fact that this year I think we have over 130 people out. Last time I knew, this time last year, there were 25 who were out and unhoused," Davitt said.

Not everyone living on the streets can take shelter indoors due to limited spacing, but Sweeney said case managers will hand out warming supplies to those who need it.

Davitt adds the City of Bangor has helped house 36 people in the last 10 months.

"One of the things we are doing is working with other municipalities to see how they can help support us, especially if they have more housing available," Davitt said.

"We are getting quite a bit of money to work more on opioid use and substance use disorders, we have some great case managers, we've got a lot of folks out there connected with folks that are unhoused," says Davitt.

You can also support the Bangor Area Homeless Shelter by donating on its website here.