Asylum seekers are grateful for the food and shelter, but they're concerned about what's next. 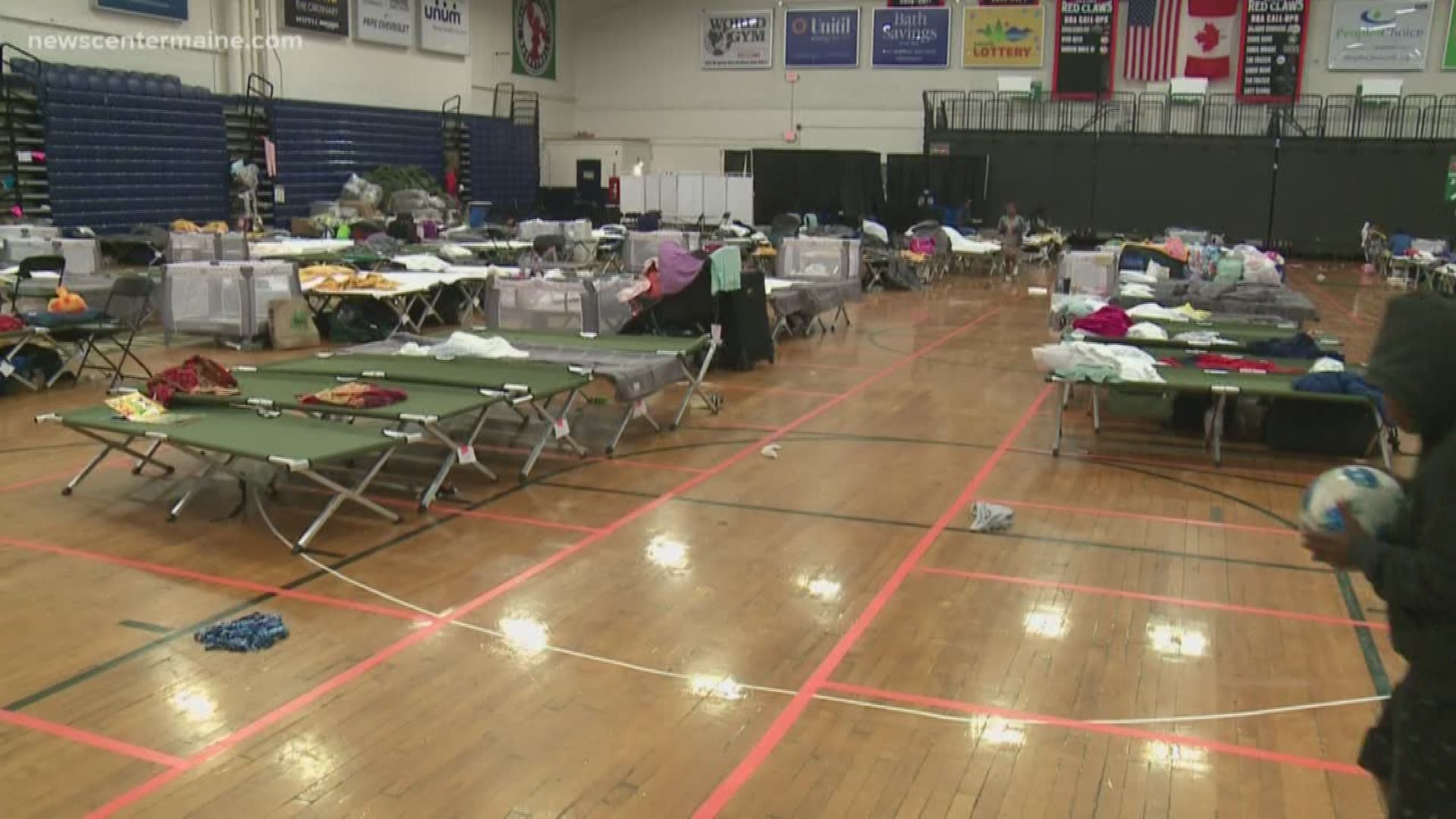 PORTLAND, Maine — More than 200 asylum seekers continue to stay at the Portland Expo.

The emergency shelter was set up last week to help with an influx of asylum seekers that traveled through Central America and Mexico before legally entering the United States.

The city has called this a crisis situation, but one they won't turn their back on.

Alfonse Miguel along with his wife and kids are staying at the Portland Expo. They've traveled a long way to get here. Speaking through an interpreter, Miguel said "(it) was difficult to take care of my children in my country, not being able to send them to school also peace was not there."

They left Angola to come to Portland.

"We heard back home that Portland was the place that welcomes immigrants and really take care of them."

Douglas Mpay knows that all too well. He came to Portland from the Congo 8 years ago.

He's now working for Greater Portland Health and helping to provide medical assistance and support to the asylum seekers.

"They have a place to sleep, they have food everyday day but concern is what is next they're asking if they're going to sleep here forever."

Asylum seekers are not eligible for general assistance at the state level so they're relying on city funds and donations from the community.

"This is creating a sense of insecurity, they don't feel secure."

Mpay says the asylum seekers are aware their presence is at a cost to others. How much of a cost, the city still doesn't know.

"Their intention is not to be a burden to the city."

But federal law prevents them from applying for work authorization for 180 days after their arrival. Congresswoman Chellie Pingree is trying to get that reduced to just 30-days.

"If we can help them access work authorization then they can be paying taxes for those coming as well."

For the Miguel family it's the American dream.

"This is a country where the peace is and i'm able to take care of my family" says Miguel.

City officials, working with limited resources are trying to figure out how to make that happen.

On Friday, lawyers are expected to be made available at the Portland Expo to help the asylum seekers.

Meanwhile cities and towns in Greater Portland are coordinating efforts to help the new asylum seekers.

At an emergency meeting Wednesday of the Greater Portland Council of Governments, every member of the Metro Regional Coalition agreed to work individually with local developers and private property owners to find vacant apartments or suitable empty facilities that could house 100 families.