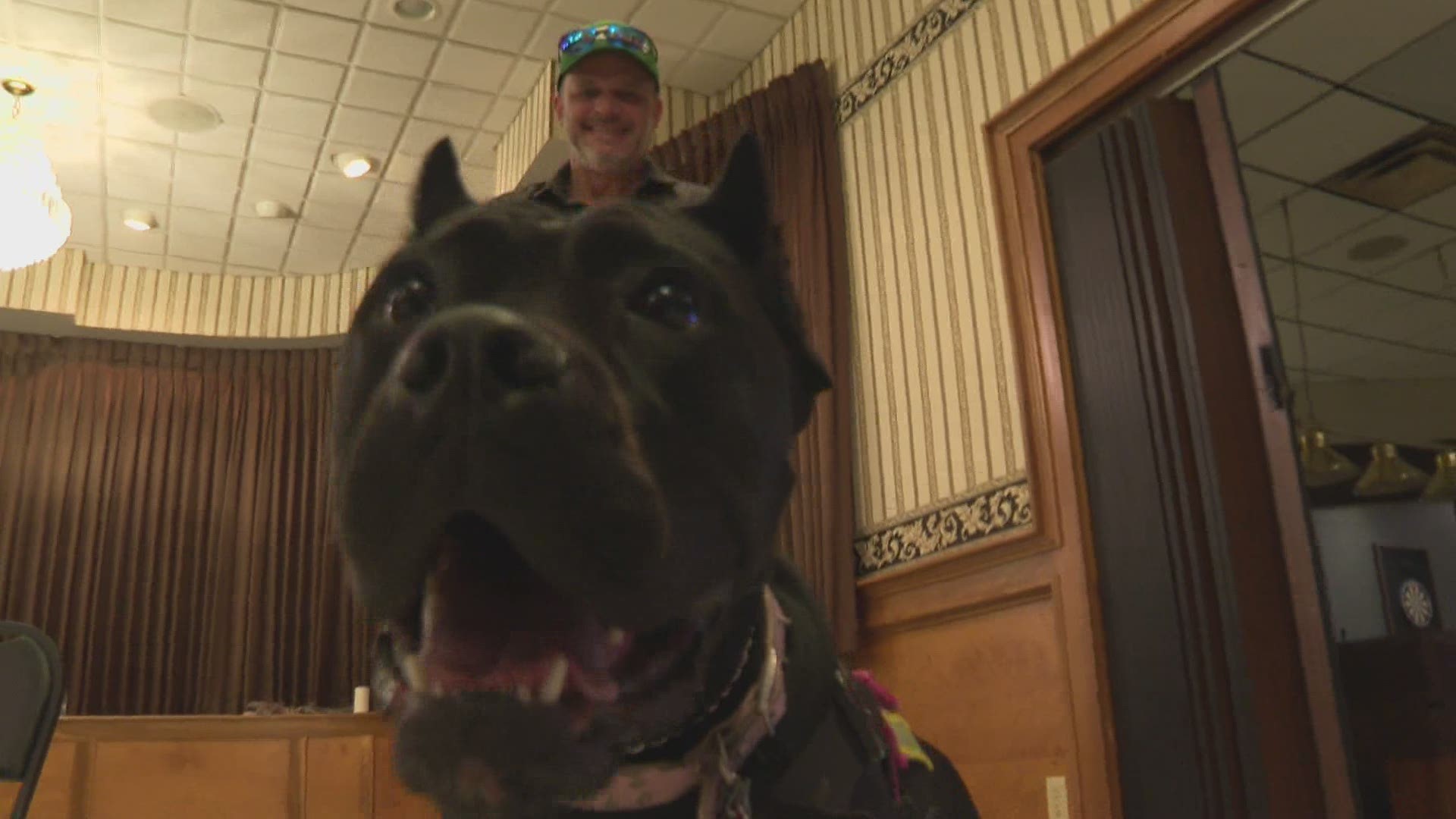 PORTLAND, Maine — It was a special day in Portland as veterans and their service animals graduated from training. The ceremony was part of K9s on the Front Line, which pairs veterans with rescues and trains the dogs to become service animals.

"Working with the dogs that come from the shelters is really rewarding and you know, that kind of falsifies the old narrative that you can't teach an old dog new tricks," said vice president and co-founder of K9s on the Front Line Linda Murray. "The dogs and the veterans bring the best in out in each other and it's just about living."

These two pups have officially graduated! Lizzie (left) and Sarafina (right) are now service animals. They were rescued, trained and paired with veterans as part of K9s on the Front Line @newscentermaine pic.twitter.com/8FkKW2aZFG

On Sunday afternoon, more than a dozen gathered at the Portland VFW for the graduation celebration. Sarafina and Lizzie were the two now service animals receiving a bone instead of a diploma.

Both Sarafina and Lizzie were rescued and paired with Maine veterans. The vets and their animals spend 20 weeks training and forming relationships. Training is run by current and former police K9 handlers.

K9s on the Front Line was started in 2016 and has already helped pair more than 150 service animals and veterans.

The program comes at no cost to veterans and is all fundraising-based.

Since launching more than five years ago, the non-profit has raised nearly $1 million.