This cat went missing 5½ years ago. Now he's reunited with his family

Larry was let out for a walk in 2013. Five and a half years later, he was brought to a shelter 20 miles away. 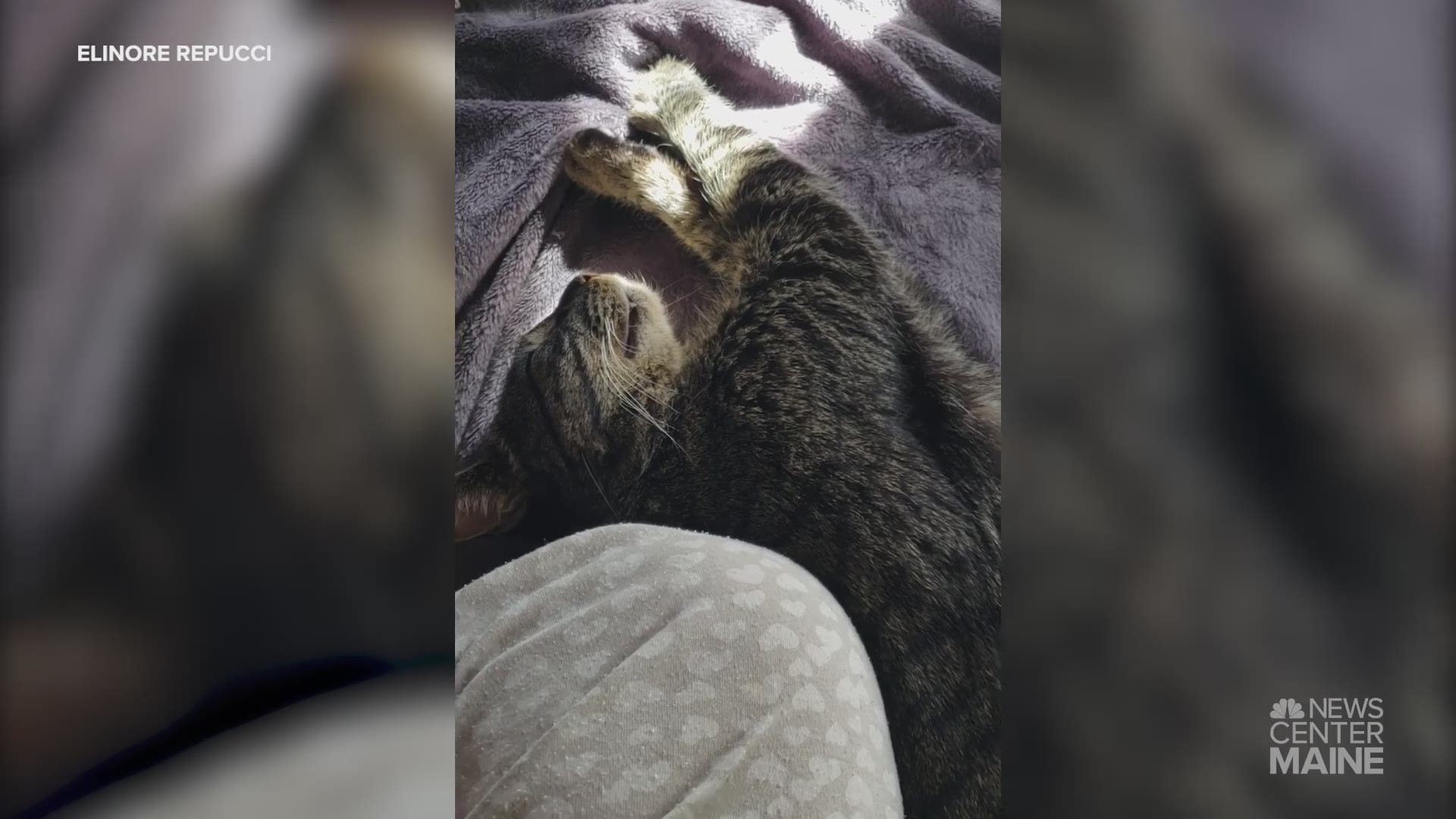 ESSEX, Mass. — A cat who went missing for five and a half years in Massachusetts has been miraculously reunited with his family.

Larry, a tabby, was found last Thursday in Salisbury, Massachusetts, by a local resident who spotted him in his backyard eating bread and trapped him.

He was brought to Merrimack River Feline Rescue Society where, using its scanner, the shelter picked up a chip number and was able to track down information for the cat's last known owner, Elinore Repucci.

She told the Newburyport Daily News she let Larry out for a walk in August 2013, but he never came back. Weeks of frantic searching turned up nothing.

Eventually, Repucci told the paper, she resigned herself to thinking an animal killed Larry, as her home was near the woods.

How Larry traveled from Essex to Salisbury, the shelter wrote, we'll never know. But this reunion wouldn't have been possible without his microchip, they noted.

The two reunited Friday and photos of the two show Repucci in tears.

"Larry is so grateful to you for bringing him home," Repucci wrote in a comment on the shelter's Facebook page, thanking the organization. "Please thank the man who trapped him and made our reunion possible. ❤"

According to Repucci, Larry is eating, drinking, purring, snuggling and doing "remarkably well," despite missing some of his toes.

"[The vet was] amazed at how well he managed to survive," she said. "He is safe and loved. I am so grateful to the man who rescued him."