A Maine taxidermist has finished mounting the Great Black Hawk of Deering Oaks. Soon it will be on display at the Maine State Museum. 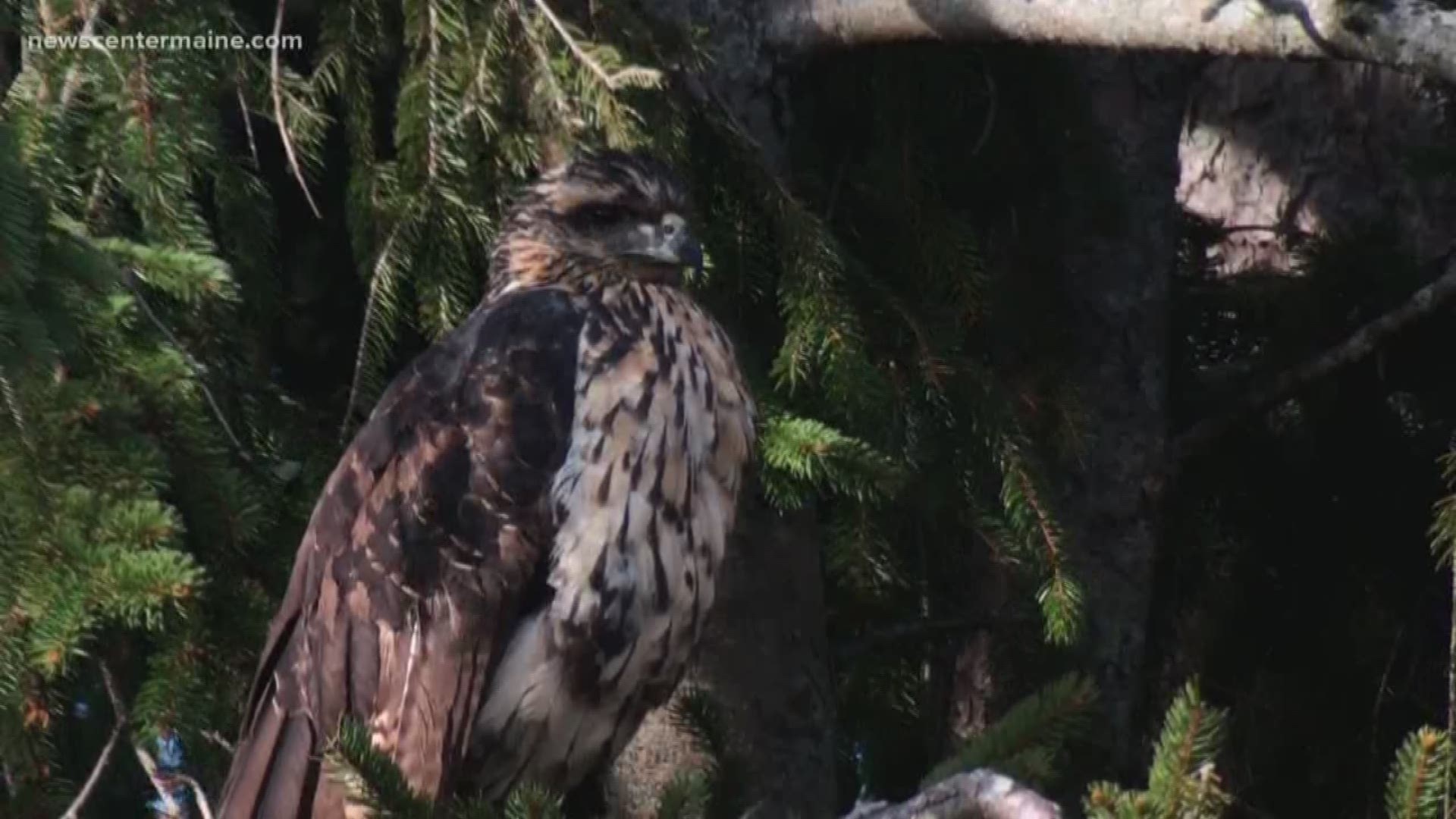 AUGUSTA, Maine — The Great Black Hawk of Deering Oaks will soon be on display at the Maine State Museum. Right now, it's sitting in the shop of master bird taxidermist Tom Berube. He hopes to deliver the Great Black Hawk next week.

Christie Holmes, who is a Maine Guide, was picking up a mounted grouse from Berube when she recognized the rare raptor. Holmes thinks taxidermy is a nice way to memorialize and tell the story of the hawk. Adding that the "squirrel was a nice touch." The raptor spent its days at Deering Oaks Park in Portland feasting on squirrels. She was allowed to take a picture and wanted to share it with other bird enthusiasts so she posted the pictures on the Facebook page MAINE Birds. Once again Maine birders got excited.

Berube "considers it an honor" to have done the taxidermy. He said it was so rare because there have only been two Great Black Hawks seen in North America.

"Any taxidermist would want to do this."

The taxidermist knew it was going to be hard. In keeping with the story of the hawk, he recreated the damage done to the legs and feet of the bird from frostbite. He and Maine State Museum curator Paula Work talked about how they wanted the hawk to be mounted.

Work, curator of Natural History and Archaeology, said the hawk will go on display in the What's New section of the museum until a more permanent display can be set up in the Back to Nature area. There the museum will tell the story of the Peruvian hawk that captured the hearts of Mainers.

According to Museum Director Bernard Fishman, "the museum is as eager to have it as people are to see it." They hope to have it on display by the end of February in response to the excitement created by social media.

Tom Berube offered the preservation of the hawk as a gift to the Maine State Museum. He has done a lot of work with the Maine State Museum and the Maine Inland Fisheries and Wildlife and is certified to work on protected species. The retired taxidermist says he only works on special projects now and loves to lecture and educate kids about birds. He said his shop is open to the public for those who want to learn about birds and see his display of 150 birds.

The Great Black Hawk awed birdwatchers and drew large crowds when it was first spotted in Biddeford during the summer of 2018 and subsequently seemed to settle in Deering Oaks Park in Portland 80 days later.

The bird lost its feet to frostbite during a January 2019 storm and was later euthanized despite efforts by Avian Haven to save it. 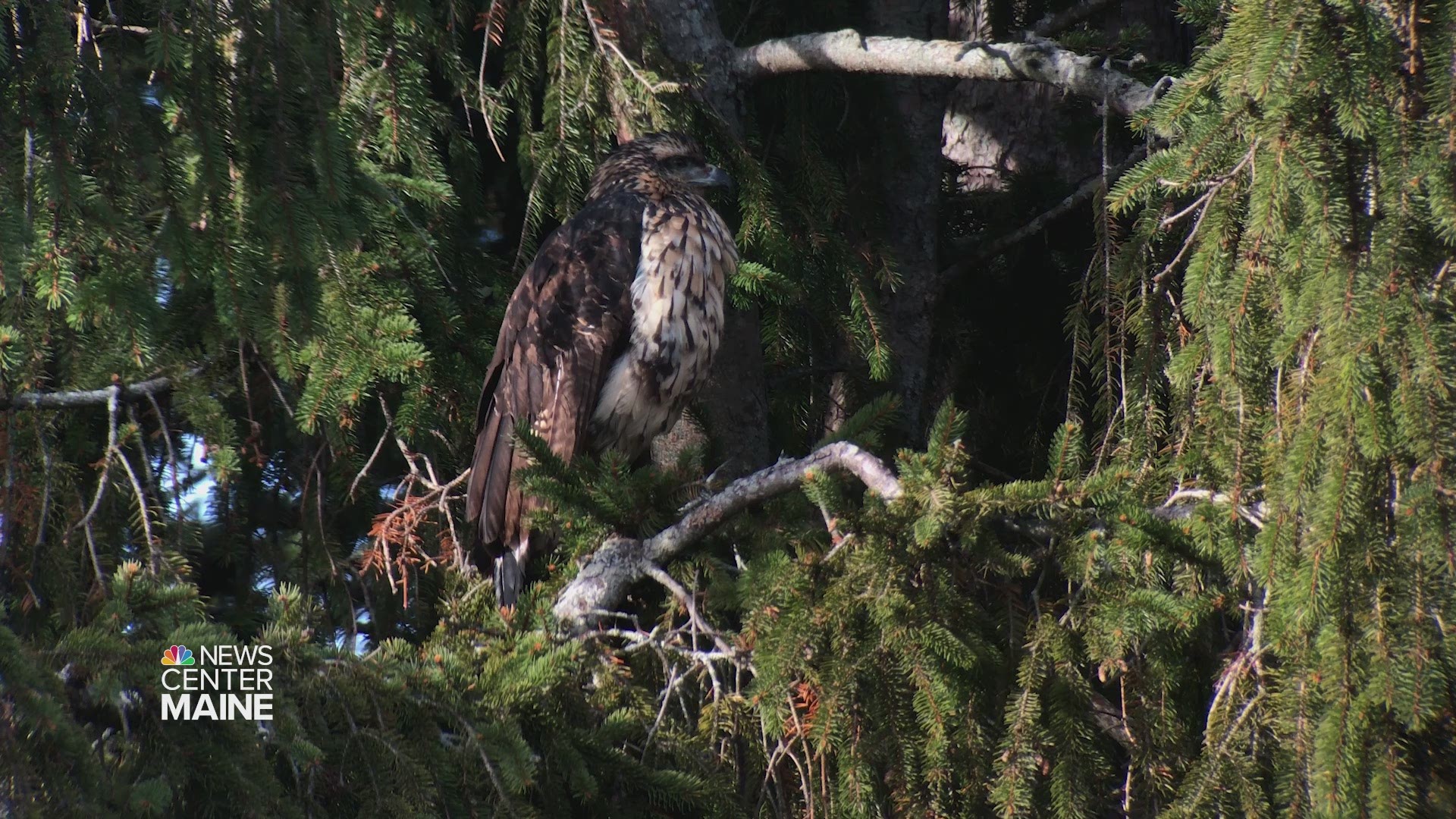 According to Berube, the hawk was in good health and had a good layer of fat but it was just not genetically engineered to withstand the cold weather.

Along with the display at the Maine State Museum, there is a group trying to raise money to immortalize the rare bird with a statue.

Friends of Deering Oaks announced their campaign for the bronze sculpture on May 15, 2019. They have commissioned a Maine sculptor, David Smus, to create the life-size statue.

Once finished the sculpture will be set on a pedestal in Deering Oaks Park where the bird frequently was spotted. The proposal for the statue has been reviewed by Portland city staff, the Portland Public Art Committee, and the Historic Preservation Board and Portland Parks Commission.

According to the Friends of Deering Oaks website, Noway Savings Bank has donated $5,000 toward the bronze sculpture.

In early 2018, a great black hawk was photographed in Texas and was potentially the first record of the bird being in the U.S. which could make the Maine sighting the species' second appearance in the nation.

The bird usually ranges from Mexico through Central America to Peru and as far south as northern Argentina.

Avian Haven, Maine Audubon Society and Maine Department of Inland Fish and Wildlife will review the final model to make sure that it is ornithologically accurate.

RELATED: Great black hawk in Biddeford could be species' 2nd sighting in US