A shark researcher says seals wash up on Maine's shores all the time. He said people are finding them now because they are more aware since the fatal shark attack. 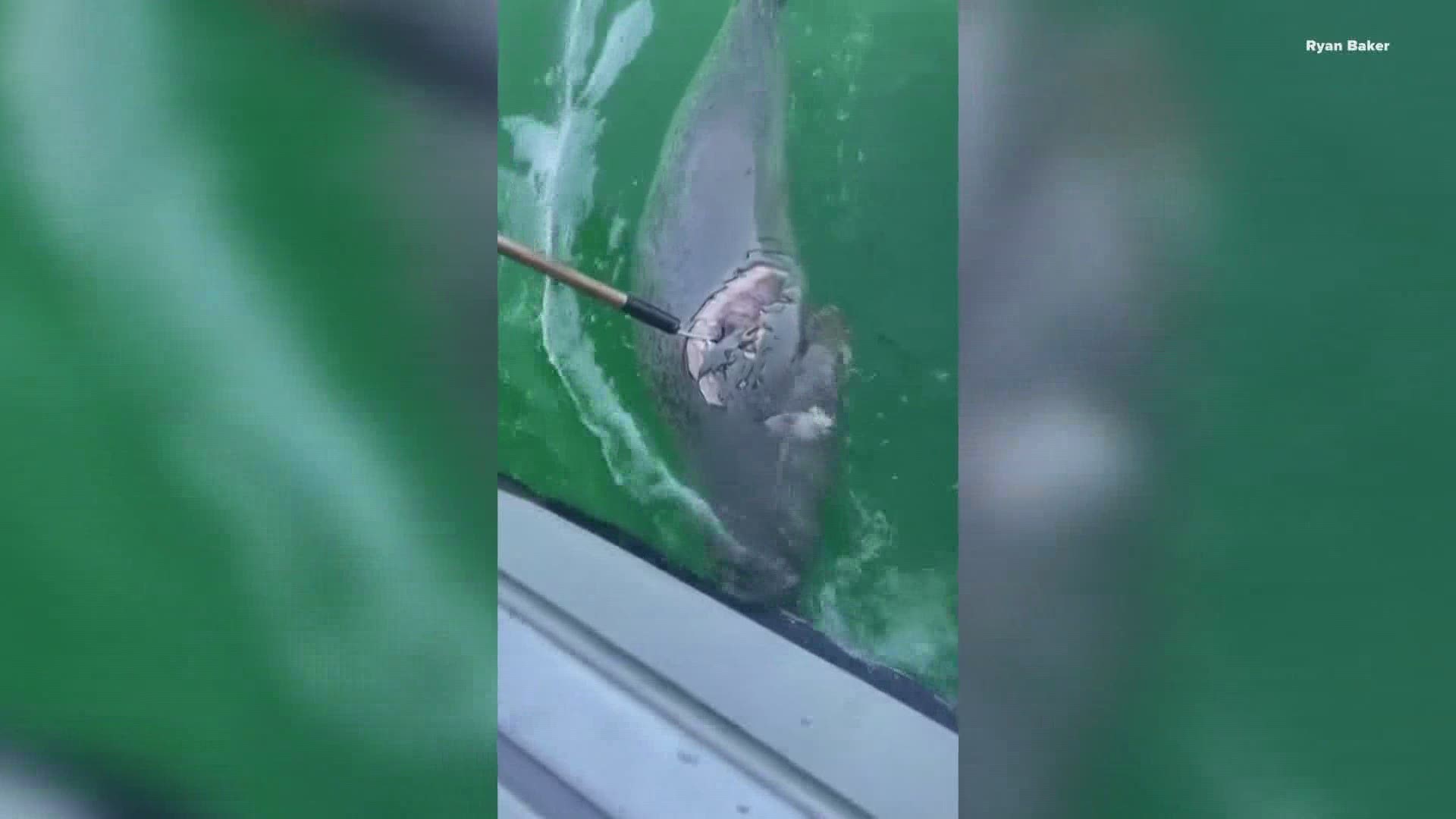 MAINE, USA — If you've been on Facebook or Twitter, you've seen pictures of dead seals washed ashore on Maine's beaches.

James Sulikowski is a shark researcher and former professor at the University of New England. He said it appears the bite marks come from Great White sharks. He said dead seals wash up on Maine's shores all the time and said it's nothing to be concerned about.

He said more people are finding them now because they're naturally more aware, since Monday's shark attack that killed 63-year-old Julie Dimperio Holowach.

"What we're seeing is more interactions because there's a growing seal population. White Shark populations are slowly recovering as well and so we're kind of getting balance back in the ecosystem," said Sulikowski.

A shark researcher says this seal found at Seawall Beach in Phippsburg was killed by a Great White Shark. There are a lot of dead seal pictures/videos circulating on social media. The researcher says dead seals are normal and says people are being more aware. @newscentermaine pic.twitter.com/zTErXP4cVK

Several beaches in Maine are restricting water access from ankle deep to waist deep. Sulikowski said people should be vigilant but should not panic.