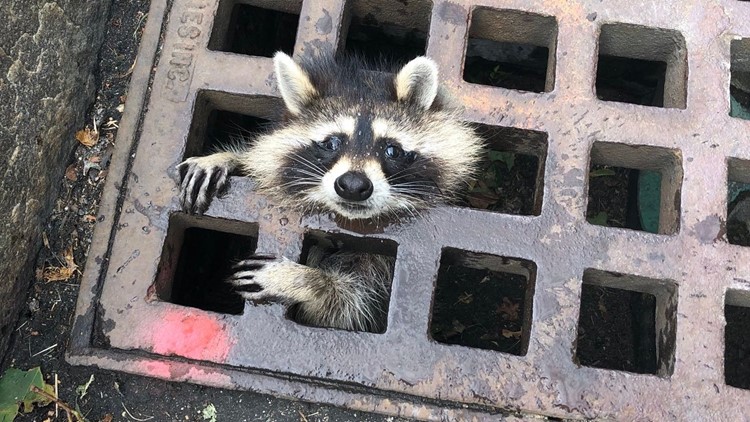 NEWTON, Mass. — A juvenile raccoon whose head got stuck in a storm grate was rescued Thursday by firefighters in Newton, Massachusetts.

The four-legged critter had been stuck for a while, the Newton Fire Department said in a tweet, but was freed when firefighters and an animal control officer from nearby Waltham joined forces to help him out.

"We rescue citizens both big and small!!!" the department tweeted.

John Moore, an analyst firm executive, according to his Twitter profile, tweeted that he had noticed the "trash panda" while on his morning commute.

"Great to see so many animal lovers in the group," Moore said.

NBC Boston reports that the grate was located on California Street; the process took about two hours; and that the raccoon is said to be doing just fine.

On Friday, Newton firefighters were back to work, rescuing a cat and her 2-day-old kittens from a crawl space in the walls of a home.

"Another day, another rescue," Newton Fire tweeted. "All in a days work for us. We rescue residents big or small, human or animal."