Duncan, a rescue from The Animal Refuge League of Greater Portland, will play in Animal Planet’s annual Puppy Bowl on Super Bowl Sunday. 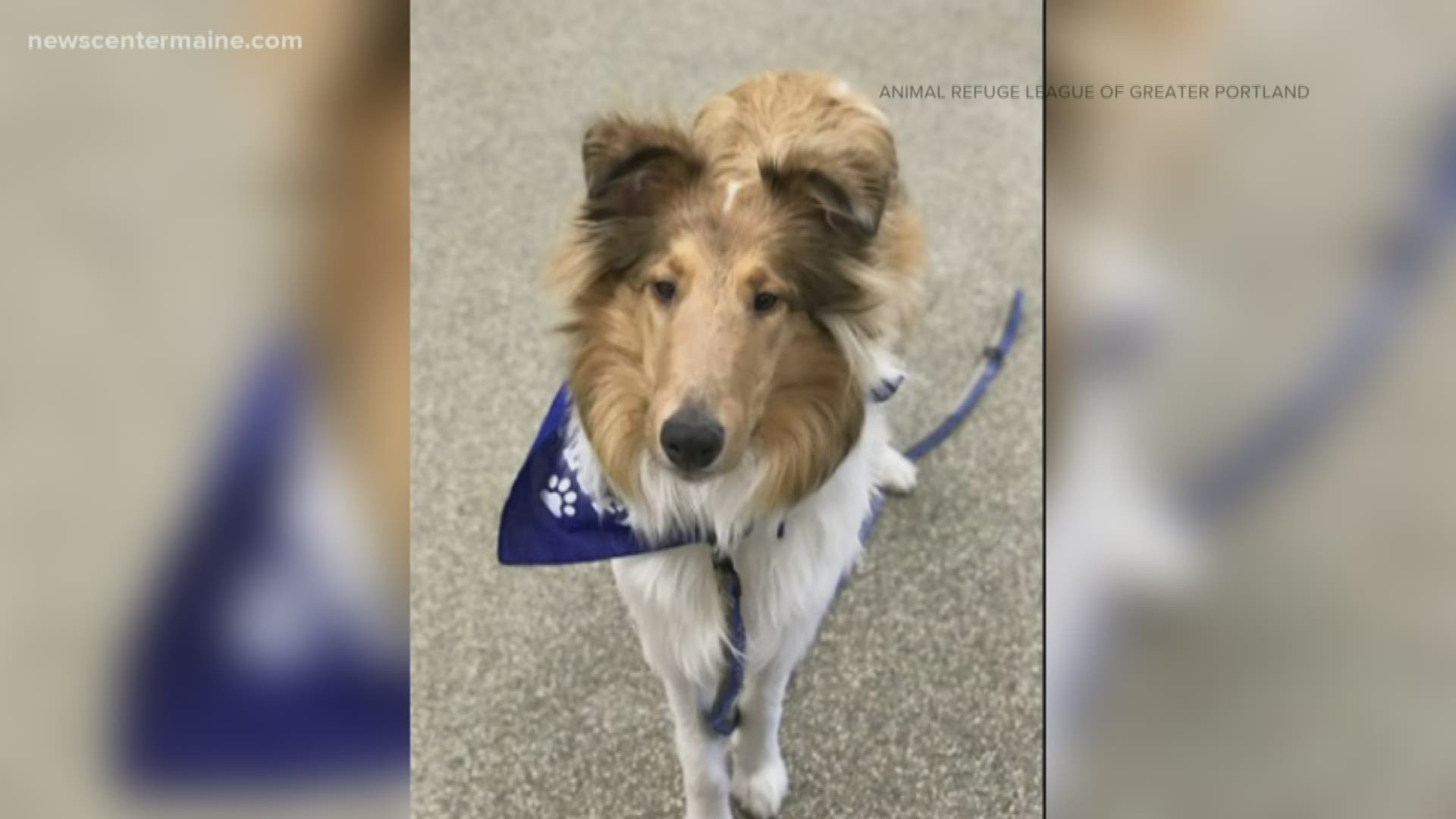 NEW YORK, New York — Meet Duncan. He’s a 20-week-old Collie representing Portland on Team Fluff for Animal Planet’s Puppy Bowl XVI. He has a rags-to-riches story that’ll be sure to warm your heart.

Duncan was one of more than 80 animals rescued by The Animal Refuge League of Greater Portland (ARLGP) in the Solon seizure in July 2019. Now, just a few months later, he’s found a happy home with a family in Scarborough and will be playing in the national spotlight in the Puppy Bowl.

Jeanna Roth, the director for community engagement at ARLGP, said that most of the animals from the Solon seizure were placed into foster homes while they either waited to be adopted or placed officially under the shelter’s care.

“[The dogs] came to us in pretty rough shape,” Roth said. “But puppies are resilient…so he did pretty well.”

RELATED: 80-plus animals rescued from property in Solon

Credit: Animal Refuge League of Greater Portland
Duncan after he was rescued from the Solon breeder with an ARLGP volunteer.

Duncan’s foster family said he was doing well and was very playful, so ARLGP submitted his application to Animal Planet to be considered for the Bowl.

After trying out for the team in New York City Duncan made the starting lineup for Team Fluff. Two other pups from ARLGP—Jay, who was also rescued from the Solon breeder, and Olive—also made the team, but as “buck-up” dogs.

Duncan, Jay, and Olive are among the 96 puppies from 61 animal shelters and rescue organizations across the country making up Team Fluff and Team Ruff. Puppy Bowl XVI will also feature five special needs players including Ferris, a three-legged Labrador Retriever mix; two hearing-impaired pups, a blind and hearing-impaired puppy and one with a cleft palate.

Animal Planet promises this year's edition will include fan-favorite elements like the water bowl cam, the puppy kiss cam, and slow-motion replays.

The goal of the Puppy Bowl is to find these shelter and rescue dogs their forever homes. Duncan has been lucky enough to find his.

Roth said she and ARLGP are grateful for the national platform Animal Planet provides with the annual Puppy Bowl.

All of the puppies and kittens that have participated in Puppy Bowl previously have wound up being adopted and hopefully, this year's roster will find their forever families soon.

RELATED: State and Solon officials were aware of animals' conditions and working to help

RELATED: Cutest athlete on the field this Sunday comes from Maine