A Phippsburg man said at first he had no idea what was happening. He said when he saw the fox, he did everything he could to defend himself. 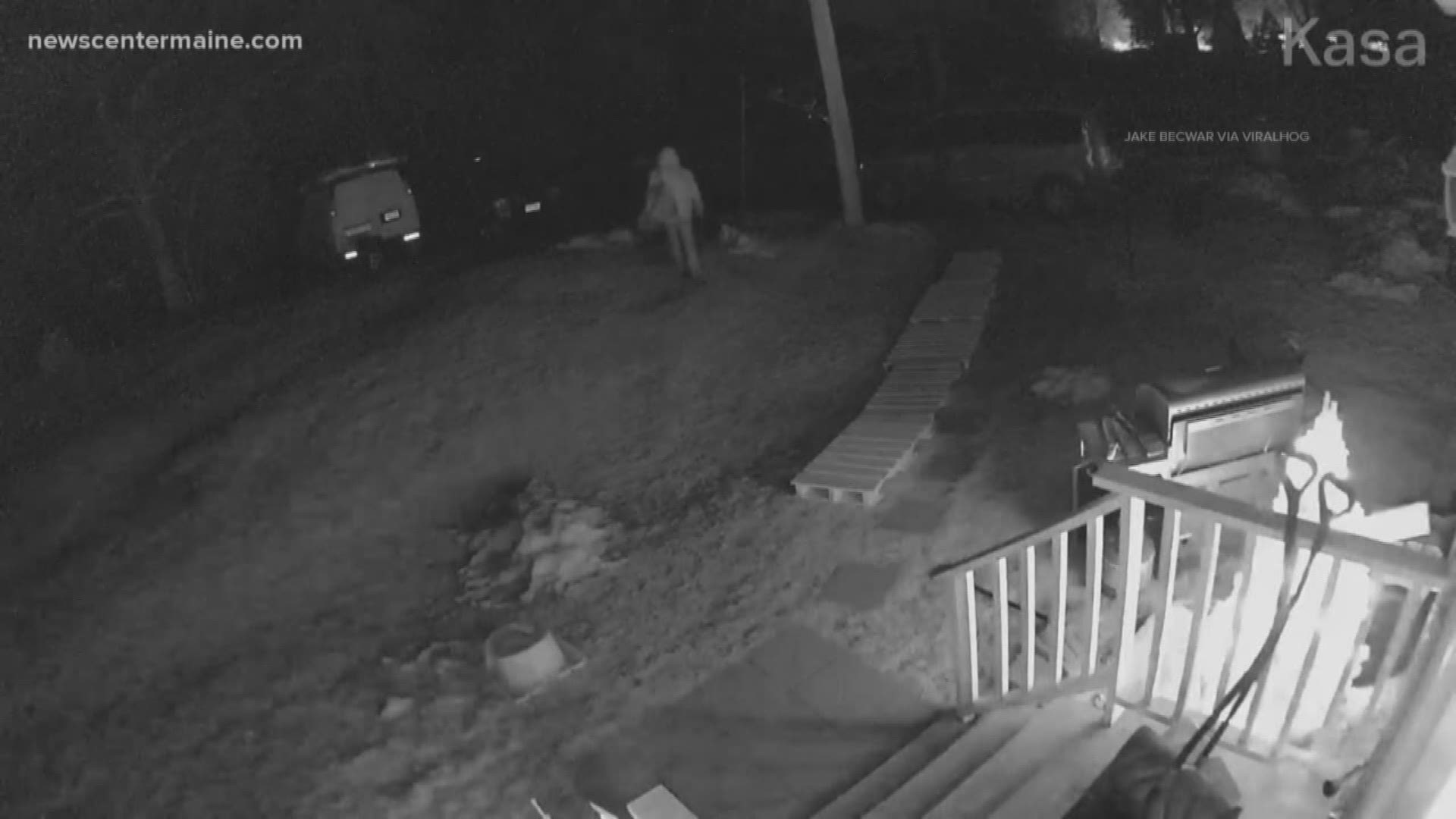 PHIPPSBURG, Maine — Scary moments were caught on surveillance video as a rabid fox lunged at Jake Becwar in Phippsburg.

"It happened so fast, I just reacted," Becwar said.

Becwar said he was leaving for work early Tuesday morning when he felt something tug at him.

"It started to come at me. That's when I used self-defense," Becwar said.

Becwar used an ice scraper as a weapon.

"I hit it a couple of times and fell and hit the ground. When I hit the ground, it had to come around the box and charged at me again, and at that point, all I had were my feet, so I kicked it then it ended up taking off," Becwar said.

He ended up calling police. The animal control officer said Becwar wasn't the first person this fox went after. He said a woman in the same area got bitten earlier before it was shot and killed. The officer said she will be ok.

"When I hit the ground it's like ugh I still feel that," Becwar said.

He recommends others be vigilant when it's dark out and carry something to defend yourself.

"Stick, two-by-four, really anything. I don't think you want to go hand to hand with a rabid animal," Becwar said.

According to the Department of Health and Human Services, twenty foxes in Maine tested positive for rabies in 2019. Ten were in Sagadahoc County, and eight were in Bath.

According to the Portland Press Herald, the Bath city council voted unanimously to partner with the U.S. Department of Agriculture, to set wildlife traps in the southern end of the city, to help stop the spread of rabies.