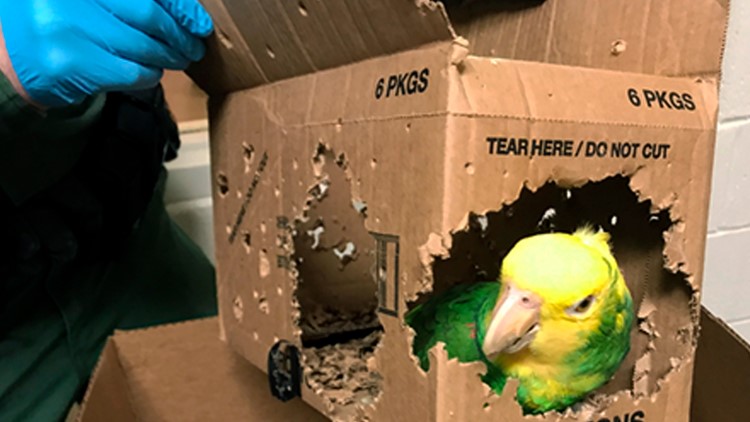 MONTPELIER, Vt. — A Pennsylvania man has been charged with smuggling seven parrots into the United States by carrying them across the Quebec-Vermont border.

A federal court affidavit filed in Burlington alleges that 39-year-old Jafet Rodriguez picked up the birds Dec. 30 from a car parked in Quebec and then carried them to a car in Vermont. The charges were filed Jan. 28 and were made public this week.

Five of the birds were yellow headed Amazon parrots and the other two were white-bellied parrots. Trade in both species is governed by an international treaty. Rodriguez's lawyer did not immediately return a call seeking comment.

RELATED: Customs agents seize more than $31 million in cocaine at Port of Savannah