Parker's Restaurant helped a mother and her ten ducklings get to a nearby pond after she nested outside their front door for nearly a month. 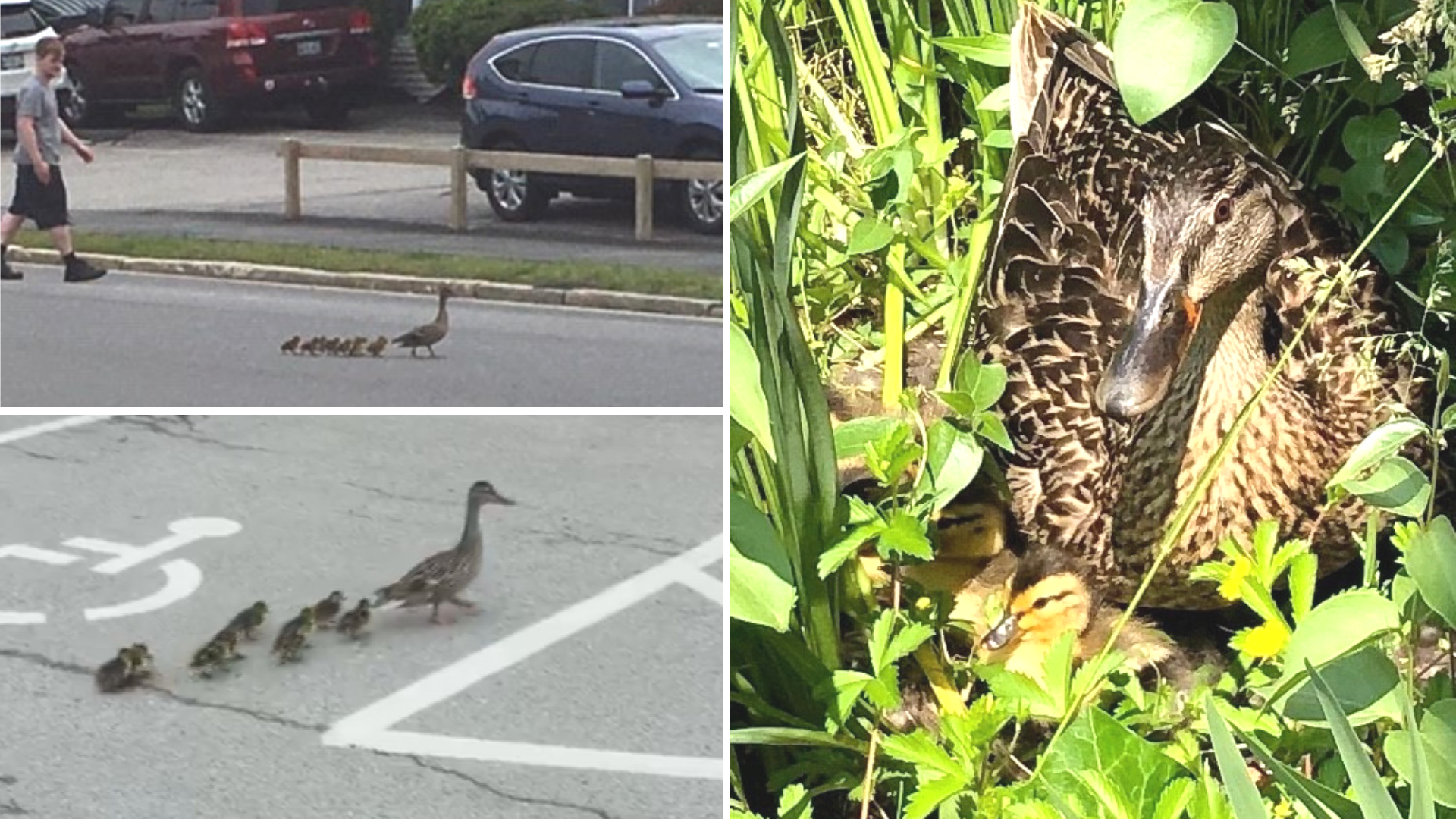 The old saying goes "it takes a village to raise a child" but that may extend to more creatures than just humans.

It was certainly a community effort to help a mother and her 10 freshly hatched ducklings get safely to a nearby pond after the mama duck set up shop outside the front door of Parker's restaurant in Portland.

"They were so cute," Elise Seavey is the dining room manager at Parker's on Washington Avenue.

A customer spotted the well-camouflaged mother duck in the flower bed outside the restaurant and thought it was dead. Seavey said patrons and staff realized quickly she was very much alive and had a lot of activity happening underneath her when Parker's owner caught a glimpse of the impending ducklings.

The mama duck, as Seavey calls her, fiercely guarded her eggs for three weeks, barely moving from her post. Her story spread among Parker's patrons and staff who frequently checked in on her. On June 4, customers overheard chirping. Seavey said they turned to Google for the answers to find that it would take 24 hours for the hatching and then the mother duck would wait ten hours before leaving to head for water.

Seavey quickly moved into action. She says luckily the lunch rush was over and only a few people sat at the bar so Seavey called some men out of the kitchen and a friend up the street to help make way for the ducklings as they tried to cross busy Washington Avenue.

Game Wardens had advised Seavey not to touch the ducks but to make a perimeter around them. Seavey says it was amazing to watch the confident mother stride to the edge of Washington Avenue with all her ducks following behind her.

"She knew exactly where she wanted to go."

Mama duck realized quickly that it was too dangerous to cross at her first spot so she walked back up the sidewalk to a quieter crossing and with the help of Parker's staff and now drivers and other nearby business staff, the ducklings safely crossed the busy street into a neighborhood.

Seavey knew the young family wasn't out of the woods yet and fearing cats and dogs, she jumped over fences and followed them through yards to ensure their safety. Seavey and another of Parker's patrons helped the family cross Allen Avenue where she says they encountered a few disgruntled drivers.

All in all, Seavey thinks the ducklings, some who were only hours old, walked about a half a mile to a pond near Casco Bay High School.

"By the time I got back to the restaurant the bar was packed," Seavey chuckles.

"We don't know if she will come back next year," Seavey says with anticipation but it is clear she will be gladly welcomed back.