How to protect and prevent Maine turtles from becoming roadkill 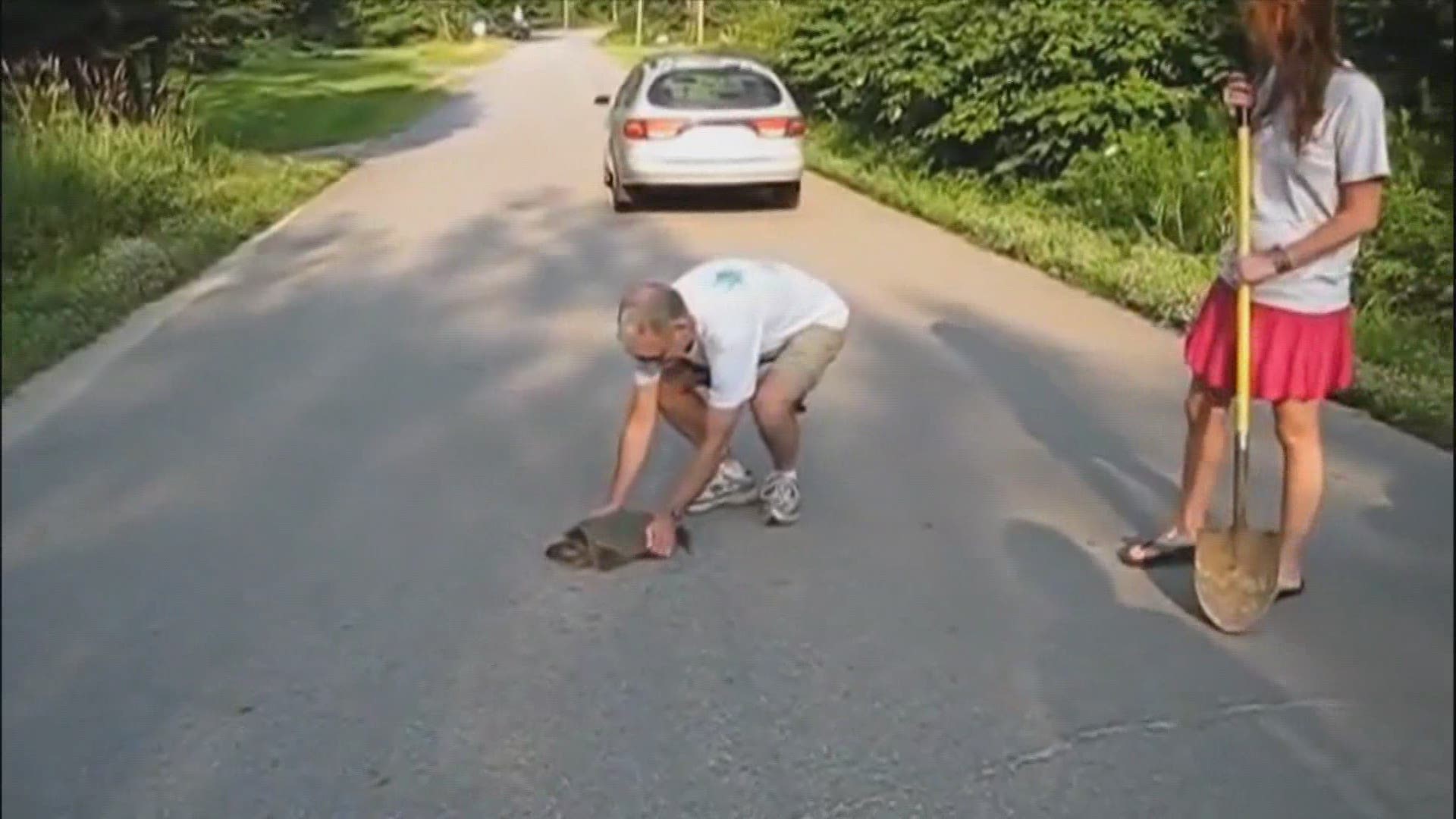 MAINE, Maine — For the last three years, the Maine Audubon Society has partnered with the Maine Department of Inland Fisheries and Wildlife, along with Maine DOT, to study turtles. Specifically, they've been studying how many of Maine's slow-moving creatures are getting run over and ending up as roadkill.

Trained volunteers surveyed different routes several times a year for three years, looking for any roadkill but specifically turtles. Close to 300 turtles were spotted. Not all were roadkill, but the majority were. The surprising findings for biologists were that a third of the sightings happened outside of the designated routes where they expected.

The reason turtles so often end up as roadkill are obvious ones: They are slow-moving, small, and very low to the ground. But Sarah Haggerty, a conservation biologist for Maine Audubon, says, unlike many other animals, turtles take a long time to reproduce. Most do not start laying eggs until they are seven years old and, for some species, they are as old as 16 years old. They also do not lay that many eggs.

Maine has seven species of turtles. Of those, four have cause for concern. Box and blanding turtles are listed as endangered, the spotted turtle as threatened, and the wood turtle is a species of special concern.

Haggerty says if people come across turtles trying to cross the road, they can help. Firstly, she says people need to make sure they are safe and not putting themselves or others in harm's way. If possible, people should direct traffic around a turtle and wait for them to safely cross. If people need to intervene, Haggerty says to use a shovel to move the turtle to the side of the road where it was heading. If that doesn't work, you can pick up a turtle— just make sure to do it by their shell. If it is a snapping turtle, make sure your hands are far back on the shell as it will try to bite.