Dana Manchester of Morrill found a natural phenomenon that can only be described as a 'poopsicle' in his turkey enclosure Thursday. 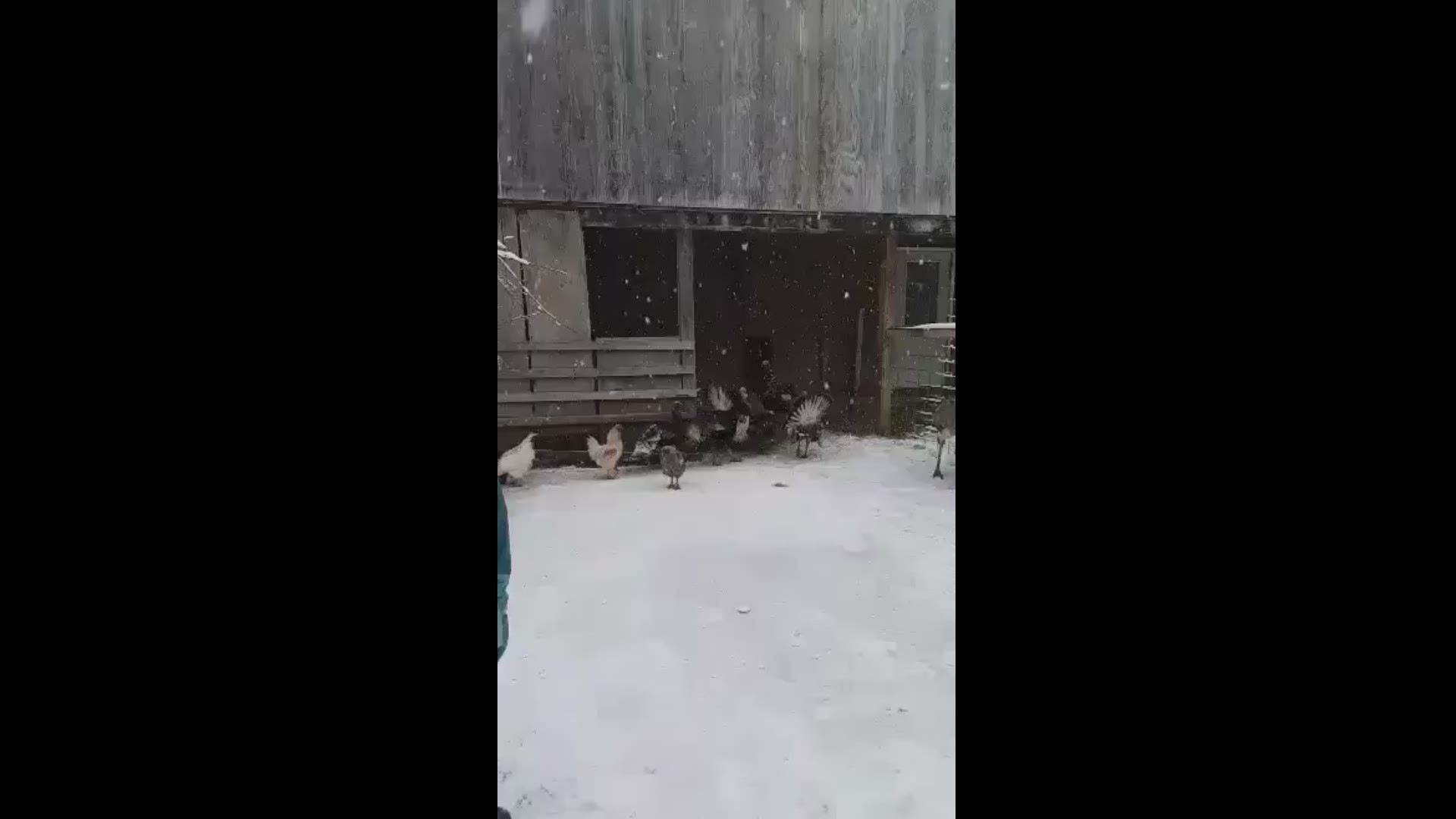 MORRILL, Maine — Dana Manchester of Morrill found a natural phenomenon that can only be described as a 'poopsicle' in his turkey enclosure Thursday. He said it's the first time he's witnessed the phenomenon.

In a message to NEWS CENTER Maine, Manchester wrote the following:

"Keith was unimpressed by this storm for its lack of dynamic components, however, the conditions were favorable for a very specific and rare weather phenomenon.  While these turkey toms have shelter, they often prefer to sleep out in their run. With the warm temps associated with this snow storm, their body heat was enough to melt some of the snow, causing liquid droplets to run down their manure deposit on this shelter top. This results in the rare weather phenomenon known as poop-sicles."

The photo below shows the butt end of the cedar log that frames the enclosure structure. The two brownish-yellow extensions off the bottom of it are manure-melt-runoff 'poopsicles,' according to Manchester.

Manchester wanted to make it very clear that the animals have access to shelter. He said the birds have the option to go inside but often prefer spending time (and pooping) outside when it's relatively warm.

Well, folks. There you have it. Turkey turds make for some seriously hard-hitting snow day news.