Is it a coyote, wolf, dog or mix of all three? Portland residents and wildlife biologist weigh in

This animal is stalking the streets of North Deering, preying on people's chickens, but a Maine Wildlife Biologist is confident it is a dog, not a coyote. 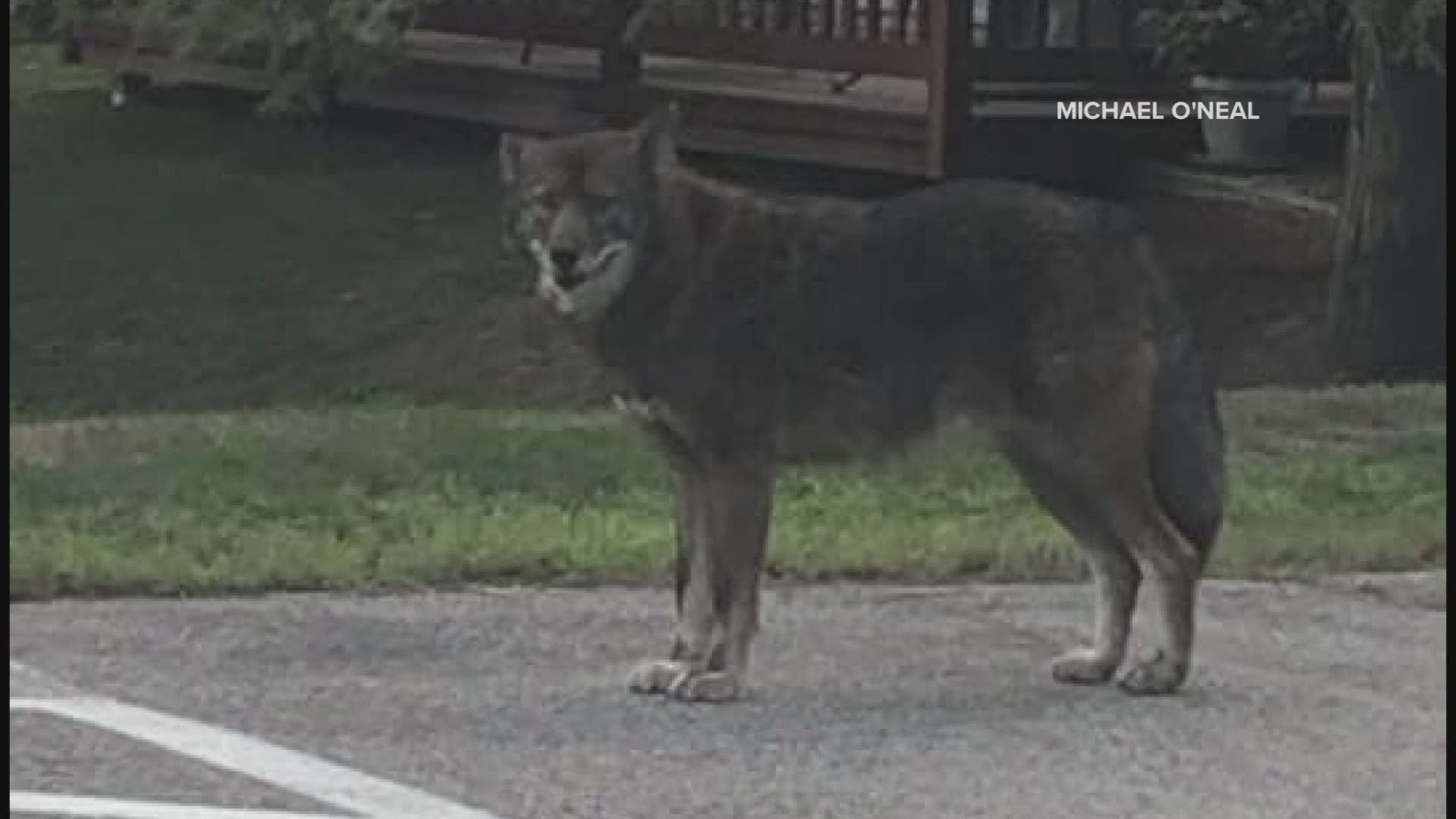 PORTLAND, Maine — Animal sightings in a Portland neighborhood have people living there on alert.

Portland Police have received about two dozens phone calls and emails from people who say they've spotted either coyotes or wolves wandering the streets and preying on neighborhood chickens.

"I was coming home a couple of evenings ago and it was in my front yard," said Nina Nicolaides who says it was a coyote that alarmed her dog.

"My thought is it's (coyote) eaten very well. It is big," said Nicolaides.

"I left my chickens, which is my fault in the yard unattended. I came back and there were four dead, then I came into the front yard I looked down and I did see a very large coyote crossing the road," said Gaudet.

The animal or animals that have been stalking the North Deering neighborhood day and night have been captured on cell phone and security video.

NEWS CENTER Maine showed the footage to Maine Wildlife Biologist Scott Lindsey who is confident this animal isn't a coyote.

Lindsey says it's not unusual for coyotes to be in Portland, but since he says these wild animals are always on the run and always looking for food they tend to be very slim. As for the chickens, it's entirely possible for a dog to go after them.

"Those animals are susceptible to any number of wild predators in the state by coyotes and sometimes domestic dogs," said Lindsey.

Nina Nicolaides isn't convinced saying, "It's a not a dog, it's a coyote."

Some people say this animal is actually a Coydog which is a mix between a wild coyote and a domestic dog.  Lindsey says it's not out of the question but it's highly unlikely.

"Most agree we (Maine) have a hybrid of a wolf and coyote, but it's unlikely you are going to have one that hybridized with domestic dogs. Any events where coyotes bred with domestic dogs would have occurred when coyotes first started showing up in neighborhoods and in Maine that was probably back in the 1950s," said Lindsay.

Whatever this animal is people living in North Deering are on alert.

While it's unusual for coyotes to attack people Maine Wildlife Biologist Scott Lindsay says if you do happen to come across one, show your size, make noise and don't run in the opposite direction.