Portland Police Canine handlers will escort Trixie from her home to the North Deering Veterinary Hospital. Final call will occur at approximately 10:45 AM. 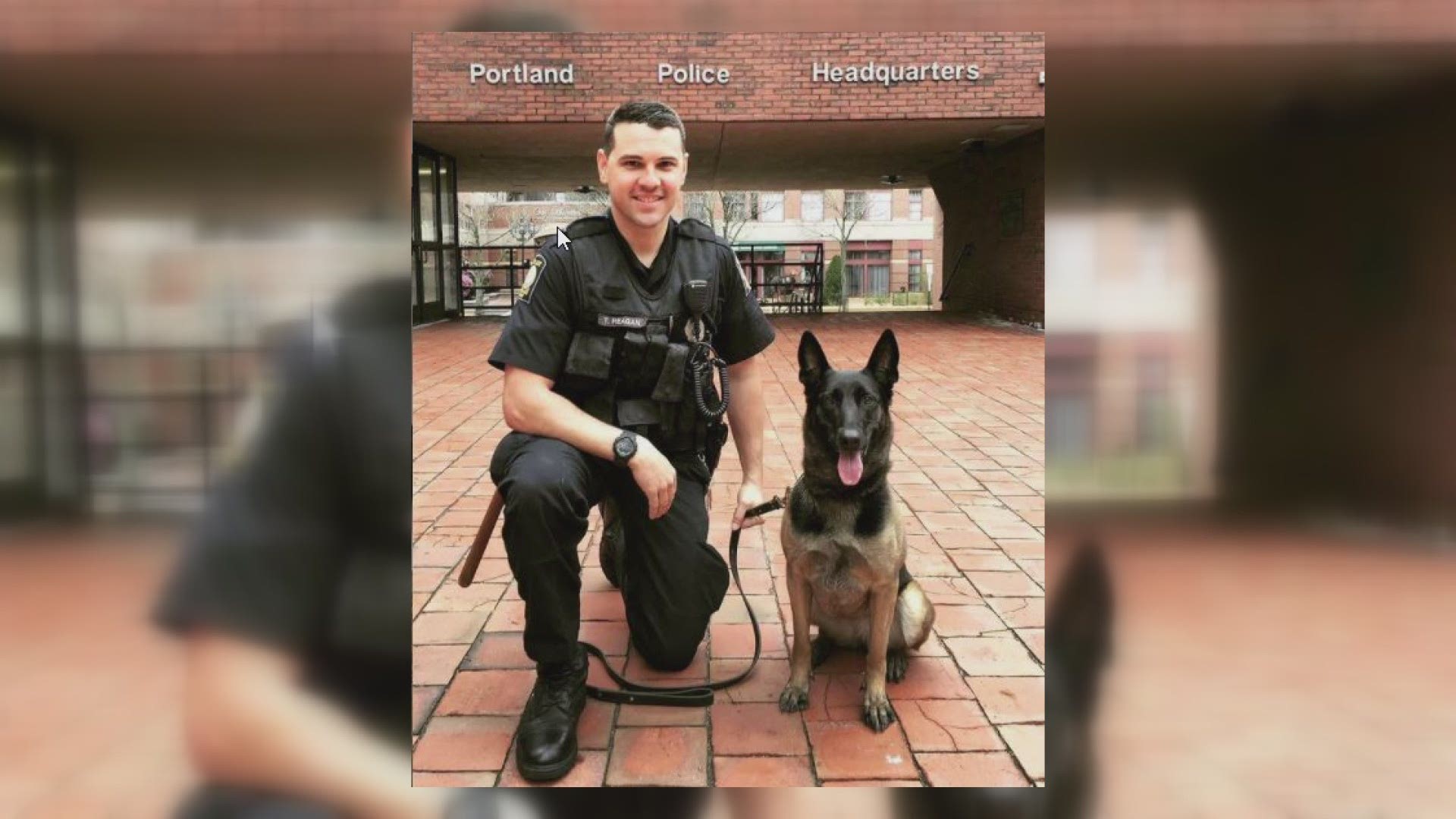 PORTLAND, Maine — The Portland Police Department said Friday it is sad to report that retired Explosive Detection Canine Trixie was recently diagnosed with cancer and she will be put to rest Friday.

Trixie and her handler Officer Thomas Reagan worked together over the past ten years following the completion of an intensive training course.

Trixie provided protection to the citizens of Portland while assigned to the Portland International Jetport. She was also used to search venues for Presidents Trump, Bush and Clinton. In 2015, Trixie was specially assigned to a detail to protect Pope Francis on his North American papal visit.

Trixie retired in February and was diagnosed with cancer in October. In retirement, Trixie lived with Officer Thomas Reagan and his wife and two daughters. Officer Reagan and Trixie had that unspeakable bond that exists between handlers and their K9 partners. The department says Trixie will be missed by all.