Red flags mark where dog owners have failed to pick up after their pups feces. 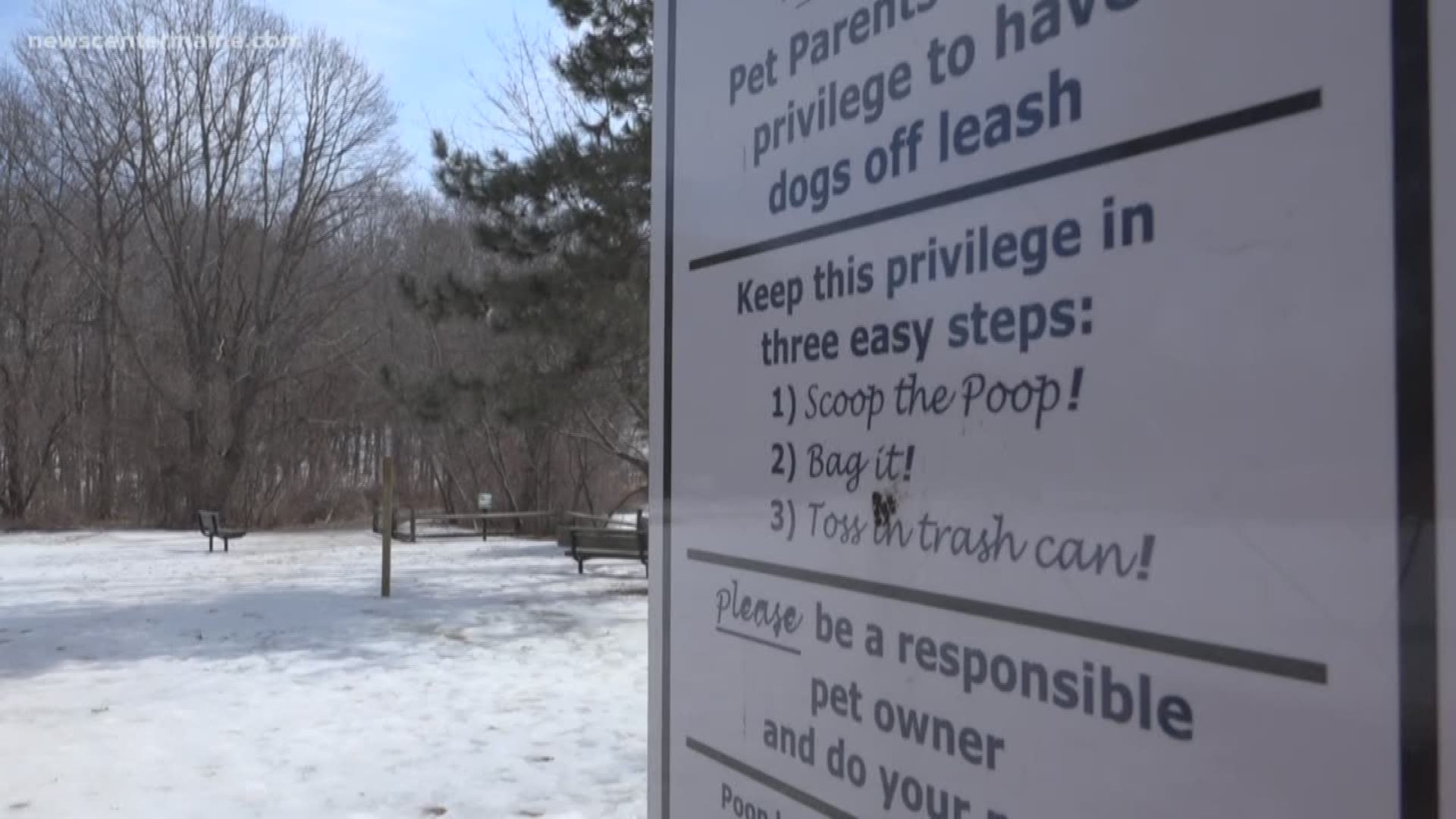 SOUTH PORTLAND, Maine — These are flags you don't want to capture at a popular park for dog walking in South Portland.

South Portland's Rec Department placed red flags at Hinckley Park, where dog owners have failed to pick up after their pets and there were a lot.

"This idea came up and it had been effective in other places so I thought 'what the heck, let's give it a try,'" said April Bolstridge, the South Portland park ranger. "Visually, you can see how much impact it can have over time."

They caution that pet waste contains bacteria that threaten the health of animals and people, especially children. Pet waste also contains nutrients that encourage excess weed and algae growth. Excess nutrients are a major cause of water quality decline.

A clean-up is being held at the park on April 20 from 9 a.m. to noon for what park officials are calling April Stools Day.