WATCH LIVE: Mainers gather at Congress Square in Portland for another night of protesting 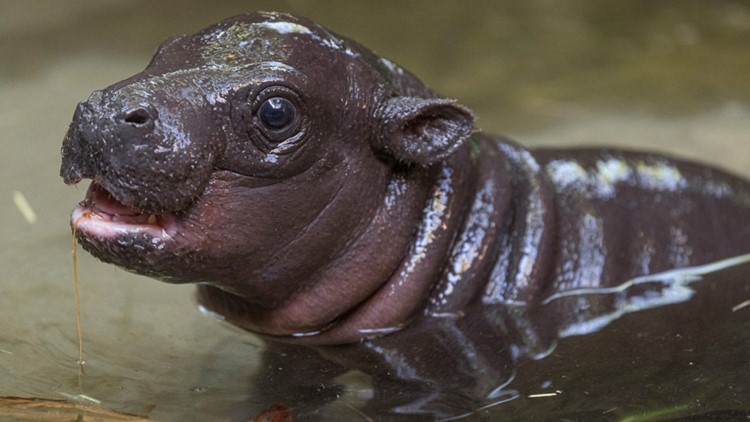 SAN DIEGO — The San Diego Zoon announced Friday an endangered baby pygmy hippo was brought into the world -- the first for the zoo in 30 years.

Last month, first-time mom, Mabel, gave birth to a 12.4-pound male hippo calf, marking historic news for both the zoo and the species.

"What better day than Endangered Species Day to announce the birth of our first successful pygmy hippo calf in 30 years!? Congrats to first-time mom, Mabel. Every birth brings hope to this endangered species, but today is also a day for celebrating all that YOU continue to do for the wildlife in our care and worldwide," the zoo wrote on Facebook.

The mom and calf, which has not yet been named, are both doing well, according to the zoo.

The baby is already starting to go underwater, which the zoo says is advanced for its age. In a month, the mom and baby will be reintroduced to the main habitat. The calf will not be introduced to its father since the species does not live in family groups.

Pygmy hippos are listed as an endangered species on the International Union for Conservation of Nature (IUCN) Red List of Threatened Species, making this most recent birth a momentous feat.

The species is typically found in the rivers, streams and forests of West Africa, but the fewer than 2,500 left in the wild are now only found in four of the continents countries, according to the San Diego Zoo.

RELATED: Baby giraffe on the way at Busch Gardens