Wednesday night was a quiet one for Dan Soule and his girlfriend, until they heard a smash on their window -- and came face to face with a bobcat. 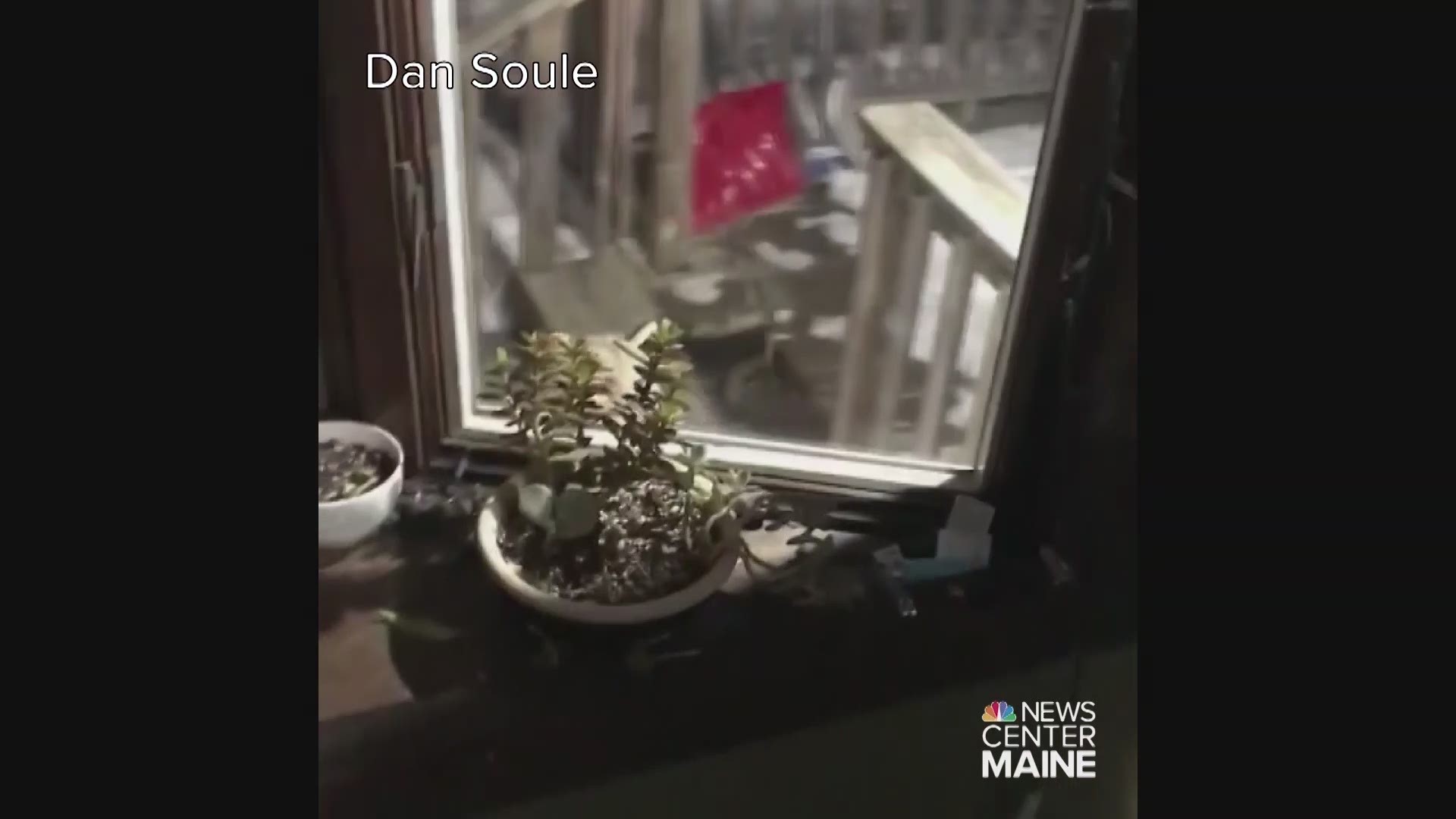 GLENBURN, Maine — Wednesday night was a quiet one for Dan Soule and his girlfriend, until they heard a smash on their window.

The couple was sitting on their couch and had just finished watching a show on T.V. when they heard the bang around 11 p.m.

Soule said the noise was different than the normal sound of snow falling off the roof, so he got up to investigate -- and that's when he saw a bobcat, peering through the window at him.

1 / 3
NCM
A bobcat peered through a couple's window in Glenburn Wednesday night.

Soule was a little jumped, but he realized what the animal was pretty quickly. He and his girlfriend walked over slowly and were able to take some pictures and video of the majestic creature. Soule said that after the cat jumped down from the steps to their deck, he sat near the couple's car for a while, hanging out and watching them.

"He just looked like a tired, big cat," Soule explained. "It was really neat -- he wasn’t worried about us at all. I'm not saying that he’s anything to be messed around with, but he was very calm, like he knew we were enjoying him."

As for what drew the curious cat to the window in the first place? Soule said he suspects the succulents lining the windowsill may have looked like a bushy tail of some sort to the animal. The couple had also just eaten supper before their visitor arrived.