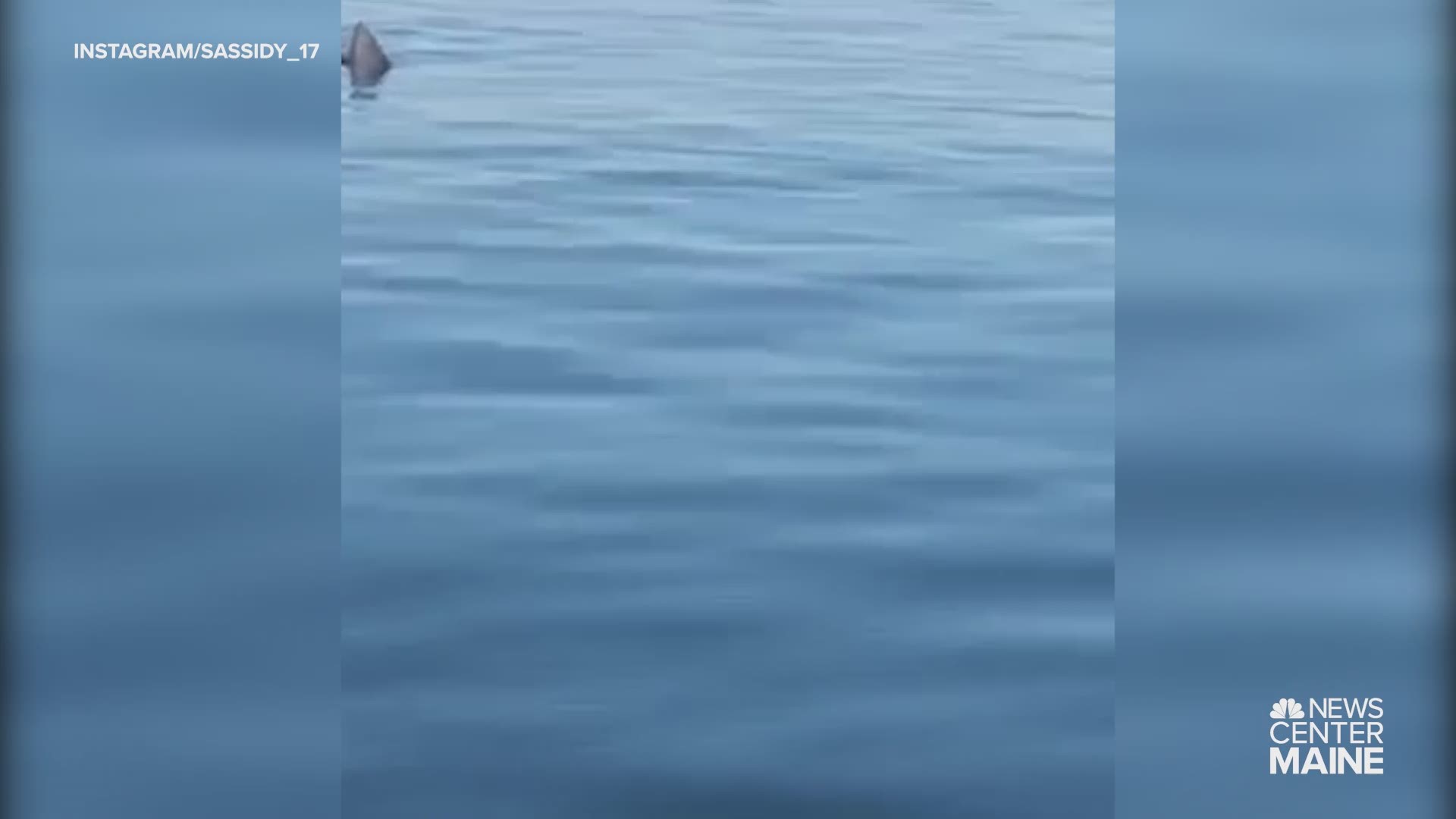 YORK, Maine — A basking shark was spotted off the Maine coast Monday morning, eventually prompting a cautionary advisory from the town of York.

Cassandra Constantino says she was striper fishing around 7 a.m. on a 22-foot boat off Cape Neddick's Nubble Island, overlooking Long Sands Beach, when something out in the distance caught her eye – what initially looked like a dolphin.

It had been a calm morning so far, she said, but when the baitfish started going crazy she grabbed her phone to start taking a video. Suddenly, a big fish with a dorsal fin approached. It wasn't a dolphin. It was a shark.

Constantino said a lobster boat came over to where her boat was, the two shared stories about sharks, and they followed the shark back toward the Nubble.

That's where the shark actually swam underneath their vessel.

“Baskin sharks swimming by the coast is not uncommon for our area, particularly this time of year," said Dr. James Sulikowski, a marine biologist and shark expert at the University of New England. “Basking sharks can get between 30-plus feet long. That’s a giant shark. Most commercial boats, when you think about it, are under 30 feet.”

Baskings are the second-largest species of shark after the whale shark. They're frequently mistaken for great white sharks, a species that averages 10 feet shorter in length and is often connected through documented incidents to potentially dangerous situations.

“When the shark is bigger than the boat, that’s a good indication that it is not a white shark," Sulikowski explained. "Most of the white sharks that we detected up here in our area are between 12-14 feet. That’s a big difference when you talk about the size.”

Another distinct feature is the shape of the dorsal fin. Basking sharks typically have more dome-shaped fins and white sharks are more conical.

Basking sharks are completely safe for humans to swim and be around. It is a "filter feeding" species following copepods, small shrimp-like organisms. Sulikowksi says its teeth resemble sandpaper, not jagged-rows.

UNE has been tracking sharks in the Gulf of Maine and this year there is an uptick in species. Researchers hope it will be a good year for sharks in Maine. Sulikowski recommends worrying about water temperatures and currents, instead of sharks.

Video from earlier this month showed a shark sighting near Jeffrey's Ledge, a submarine ridge also off the York coast but much farther out into the ocean. 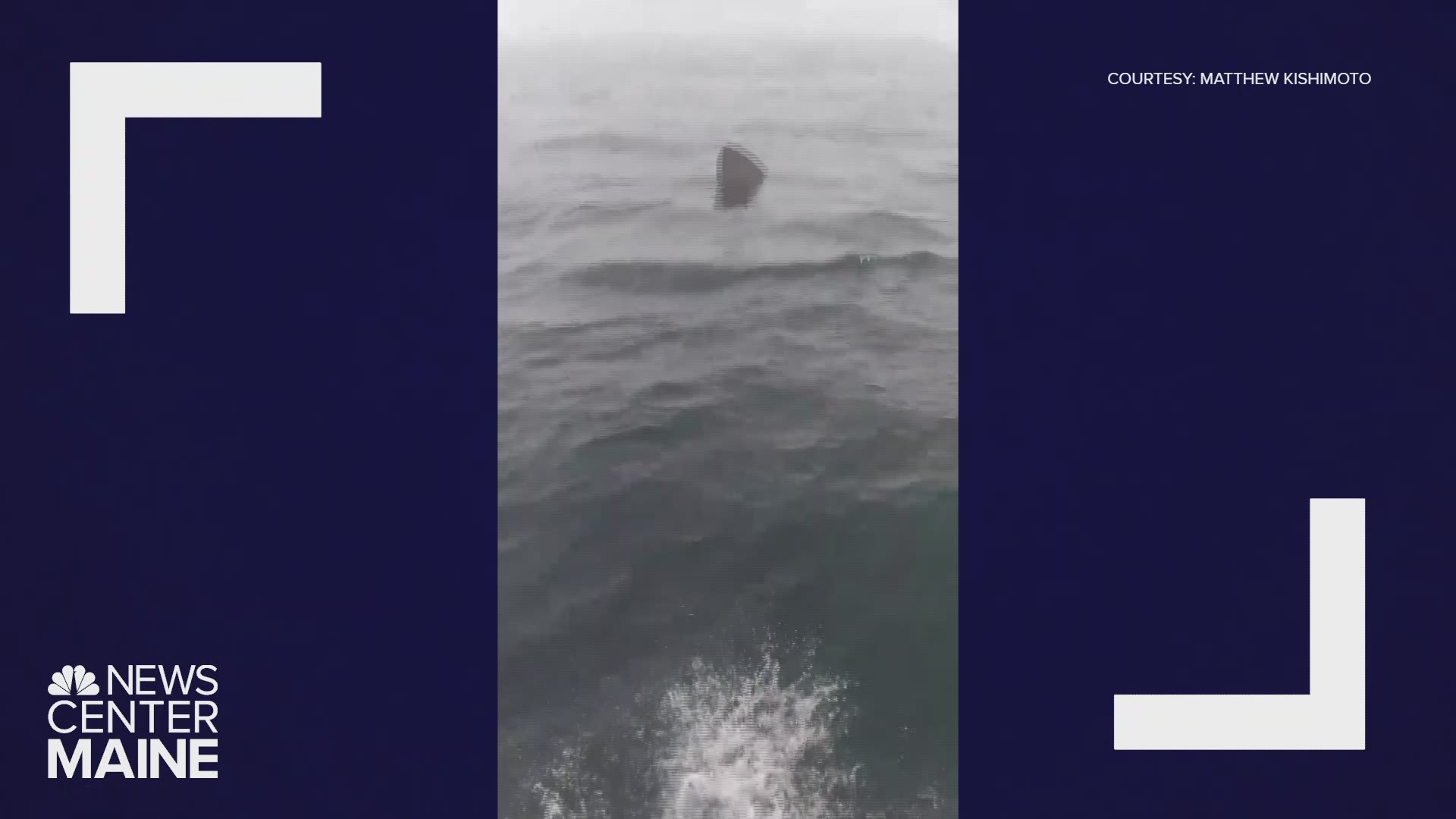