This isn't Norman Kenney's first encounter with a fox. Four months ago, he killed another fox with his foot, that tried to attack him 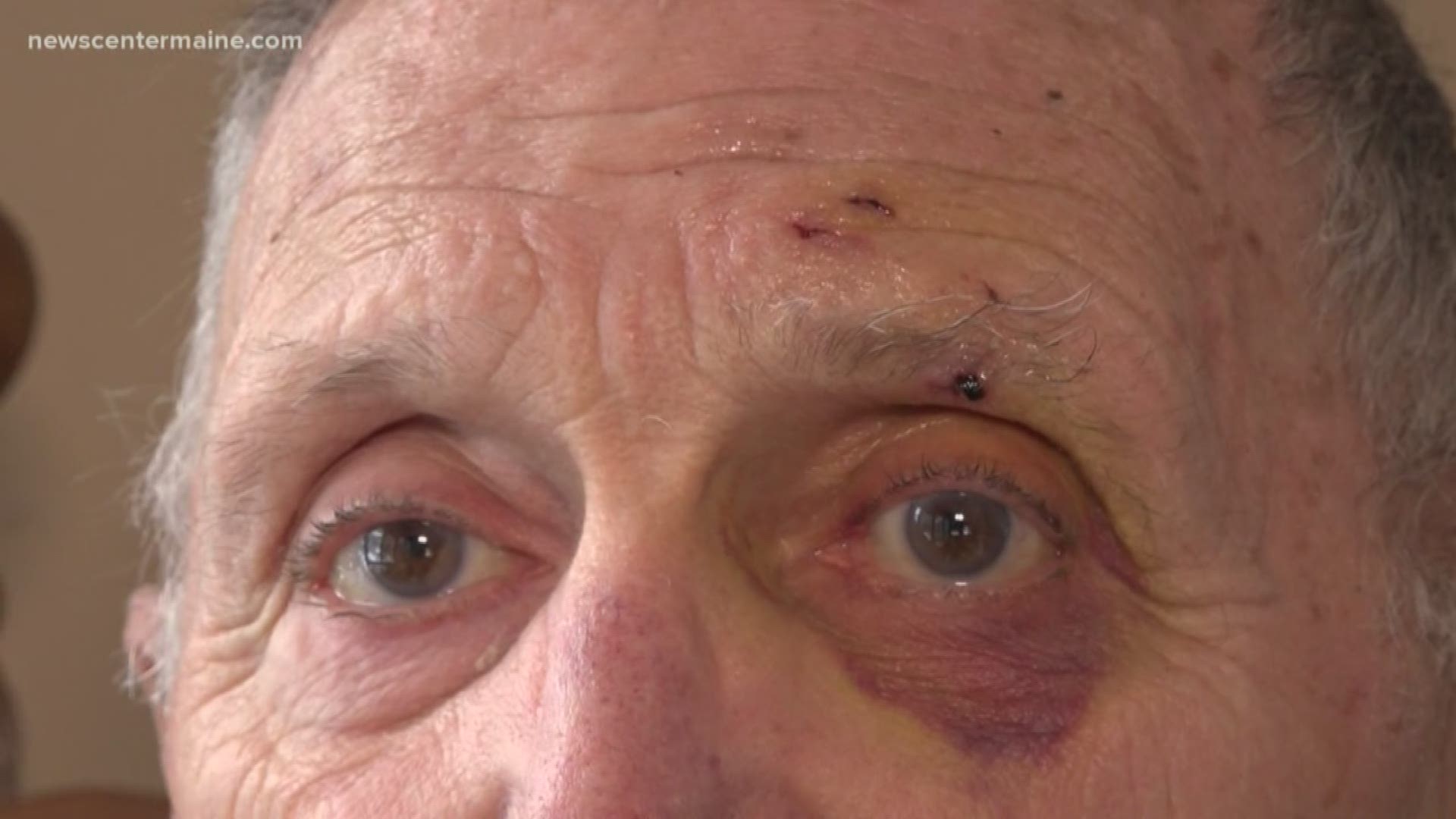 BATH, Maine — "He got my eye, knocked my glasses off, and knocked me down," Norman Kenney said.

88-year-old Norman Kenney is a little banged up, but thankful to be alright after he fought off a rabid fox with his bare hands in Bath.

"I grabbed him by the neck, trying to choke him. I can feel his windpipe," said Kenney.

Kenney said he was attacked in his driveway last week. The intense struggle lasted for fifteen minutes until a jogger came by to help.

"He comes over and I said, 'put your foot on his neck.' I gave him the phone to call 911, but by then he had bitten my hand. There was so much blood on the phone, he had to wipe it off," Kenney said.

This isn't Kenney's first encounter with a fox. In September, he killed one with his foot.

"I was 87-years-old when I fought off the other one," Kenney said.

Bath Police said this is the city's 17th positive rabies case in the last year.

"[The public] should be wary and be cautious about wildlife due to the high amount that we've had," Deputy Chief Andrew Booth said.

Kenney was taken to the hospital where he got stitches. He said he plans on carrying mace with him and a better cane in case it happens again. In the meantime, he got a series of rabies shots he hopes will protect him.

Police want to remind people to prevent outdoor food sources like compost piles or garbage and to keep pets vaccinated.