It turns out Heather, the woman who found the goat, used to have goats as a kid. So she was a little more capable of handling the runaway than most. 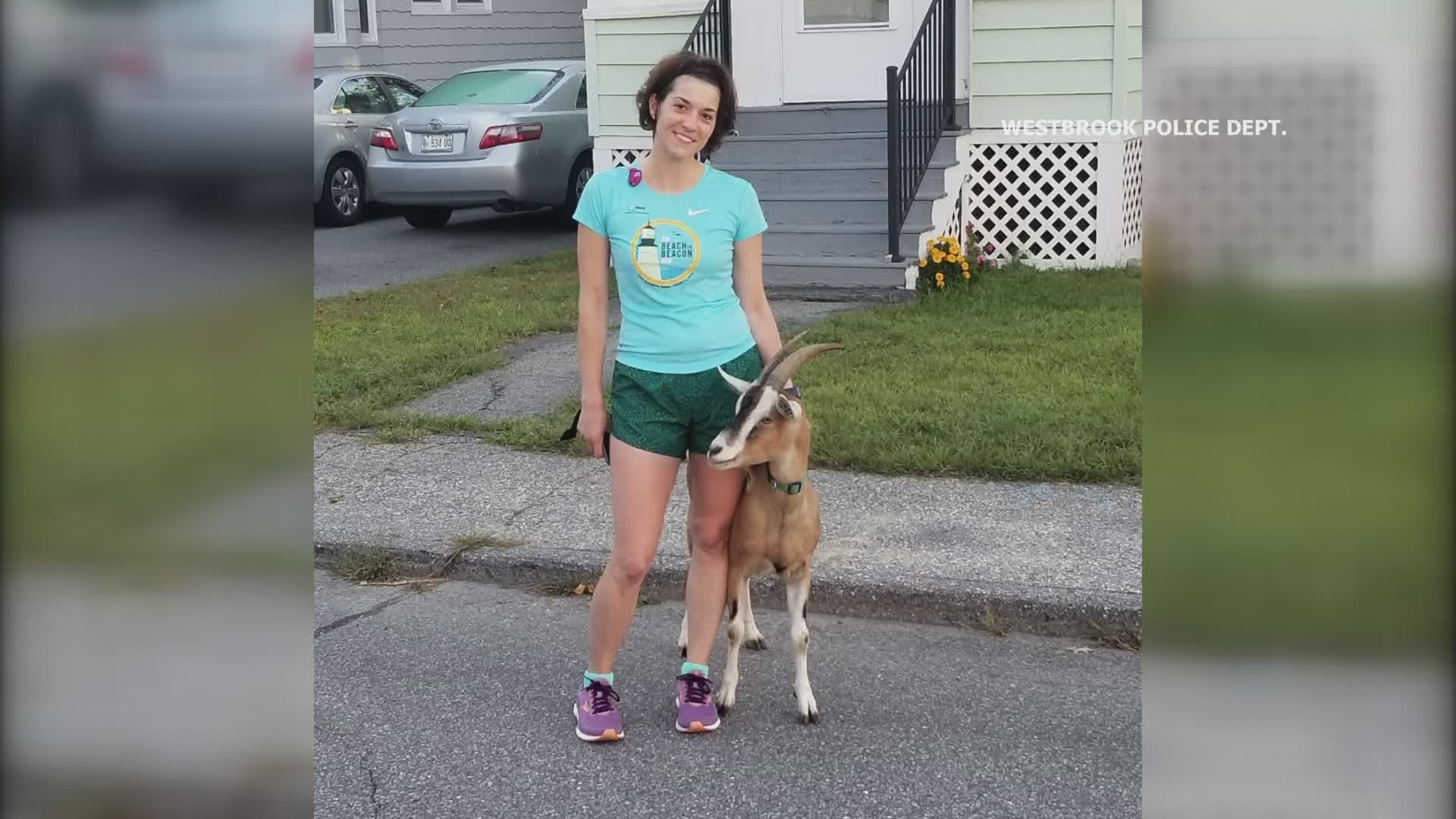 WESTBROOK, Maine — "As any police officer will tell you, there is no telling what you will run into during a shift. Saturday morning was no different."

That's how Westbrook police began a Facebook post Wednesday morning, recounting a goat rescue that occurred over the weekend. And as police noted, "we aren't talking about Tom Brady; we are talking about a 4-legged farm animal."

Officer Tim Morrell was dispatched to the intersection of Brown and Bridge Streets on Saturday morning for a report of a loose goat.

Morrell arrived and found that the caller, Heather, had managed to wrangle the goat and was holding it until police arrived. It turns out that Heather used to have goats as a kid, so she was a little more capable of handling the runaway than pretty much anyone else.

Morrell was able to locate the goat's owner, and the goat was returned home to safety.

Is this goat the G.O.A.T. when it comes to mischievous Maine goats?

RELATED: Is it a coyote, wolf, dog or mix of all three? Portland residents and wildlife biologist weigh in

RELATED: Extra Milk-Bones for Sugar! Reported bear sighting on Islesboro turns out to just be a cute pup