26-foot basking shark washes up on shore in Bremen Tuesday

Basking sharks, while large, are not considered a risk to humans. 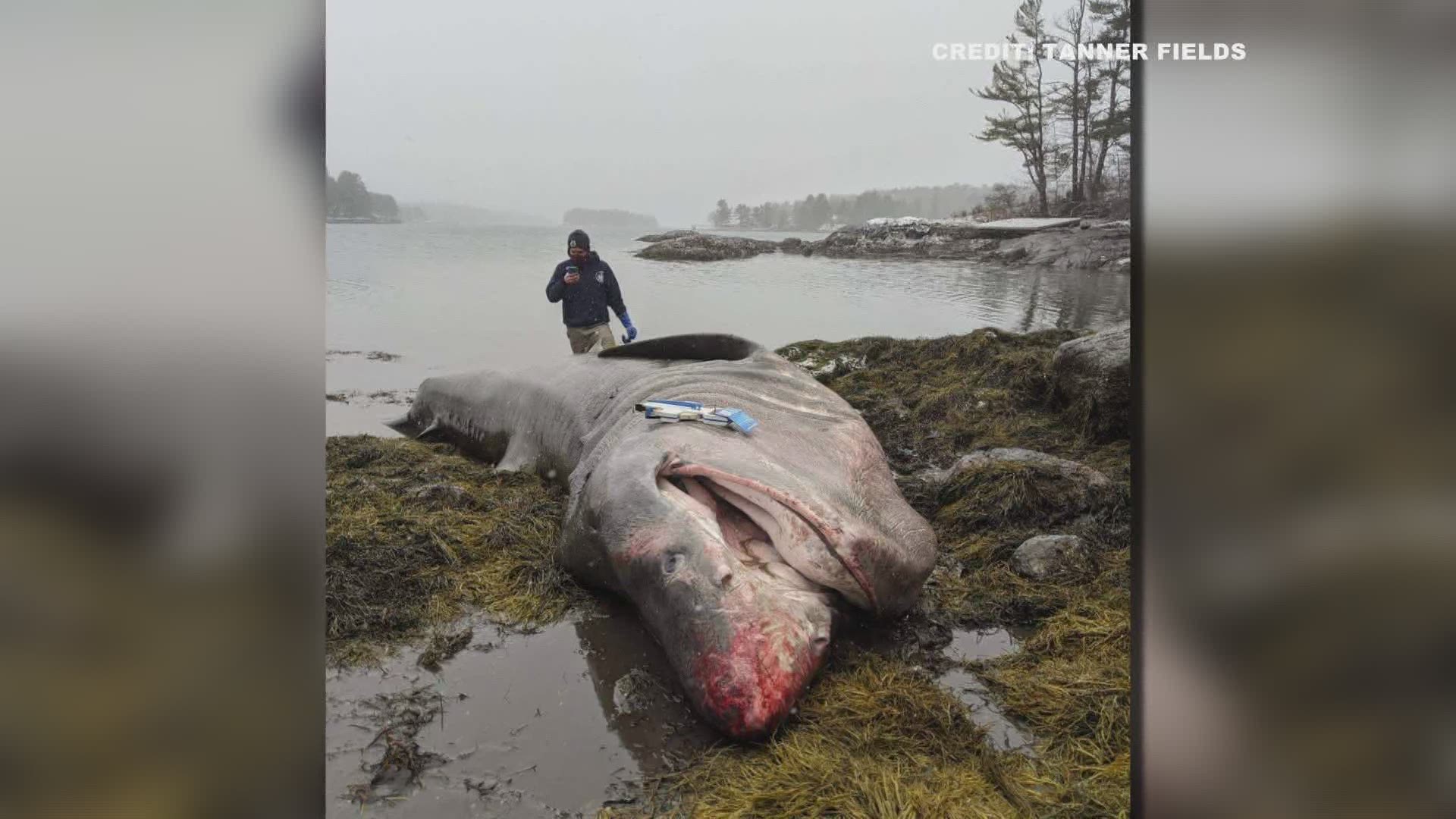 DMR Science Bureau staff and Marine Patrol arrived on scene around 9:30 a.m. after being notified by local fishermen. There is no known cause of death at this time.

DMR staff took samples of the shark, which they say will be used to conduct dietary, aging, and genetic analysis. DMR spokesperson Jeff Nichols says the Department has recently joined in a collaborative research effort known as the New England White Shark Research Consortium to study white sharks and will be working with members of the Consortium to conduct this analysis.

The basking shark is the second-largest fish in the world and the largest shark that lives in the waters off New England. A mature basking shark can be 20 to 28 feet in length.

They are not considered a risk to humans as they are gentle, zooplankton eaters. They can be found throughout the world, including in the Gulf of Maine, where they come every year to feed on crustaceans and copepods.

They feed near the surface, which is why they’re called basking sharks – they appear to be basking in the sun. 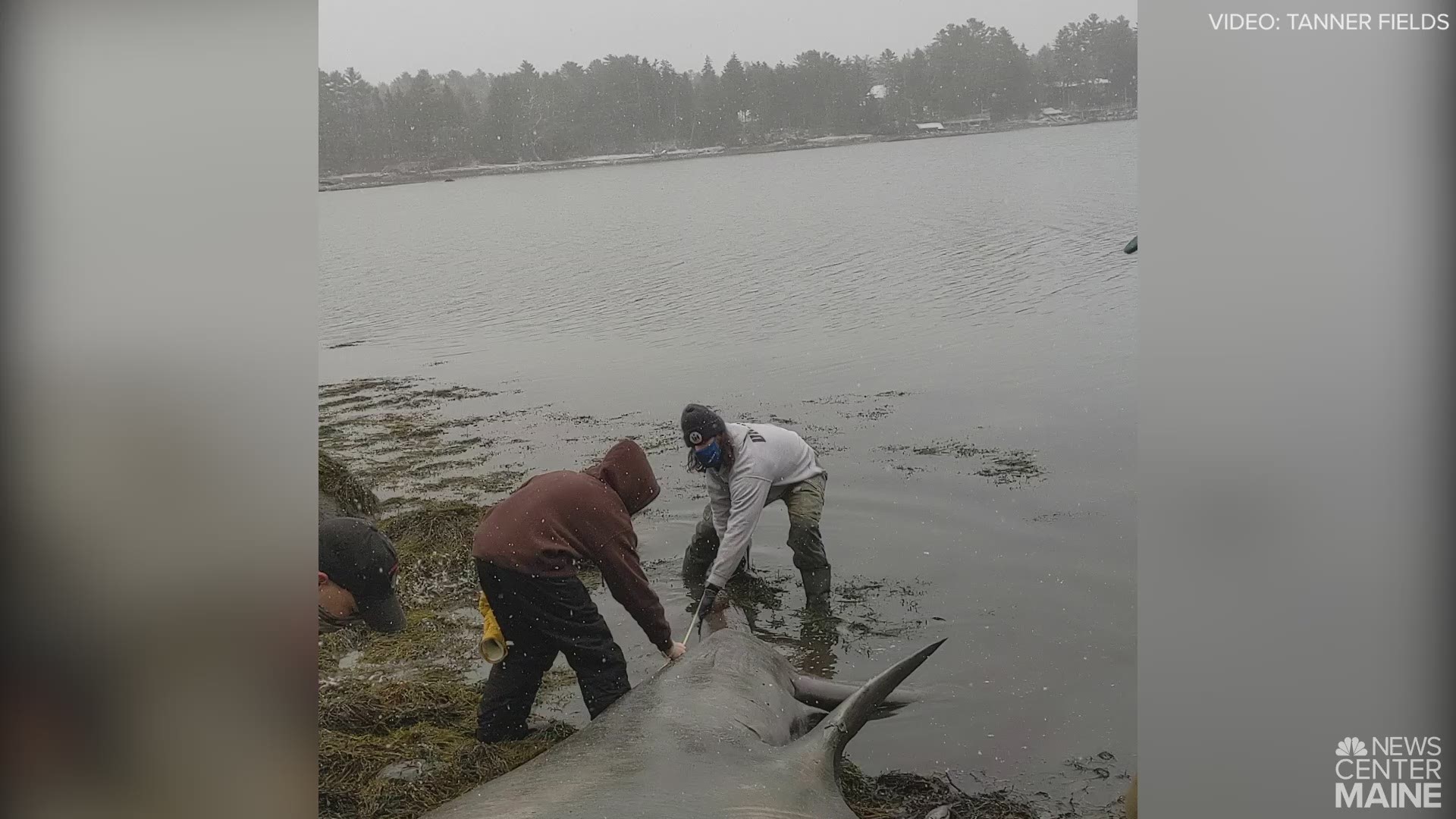