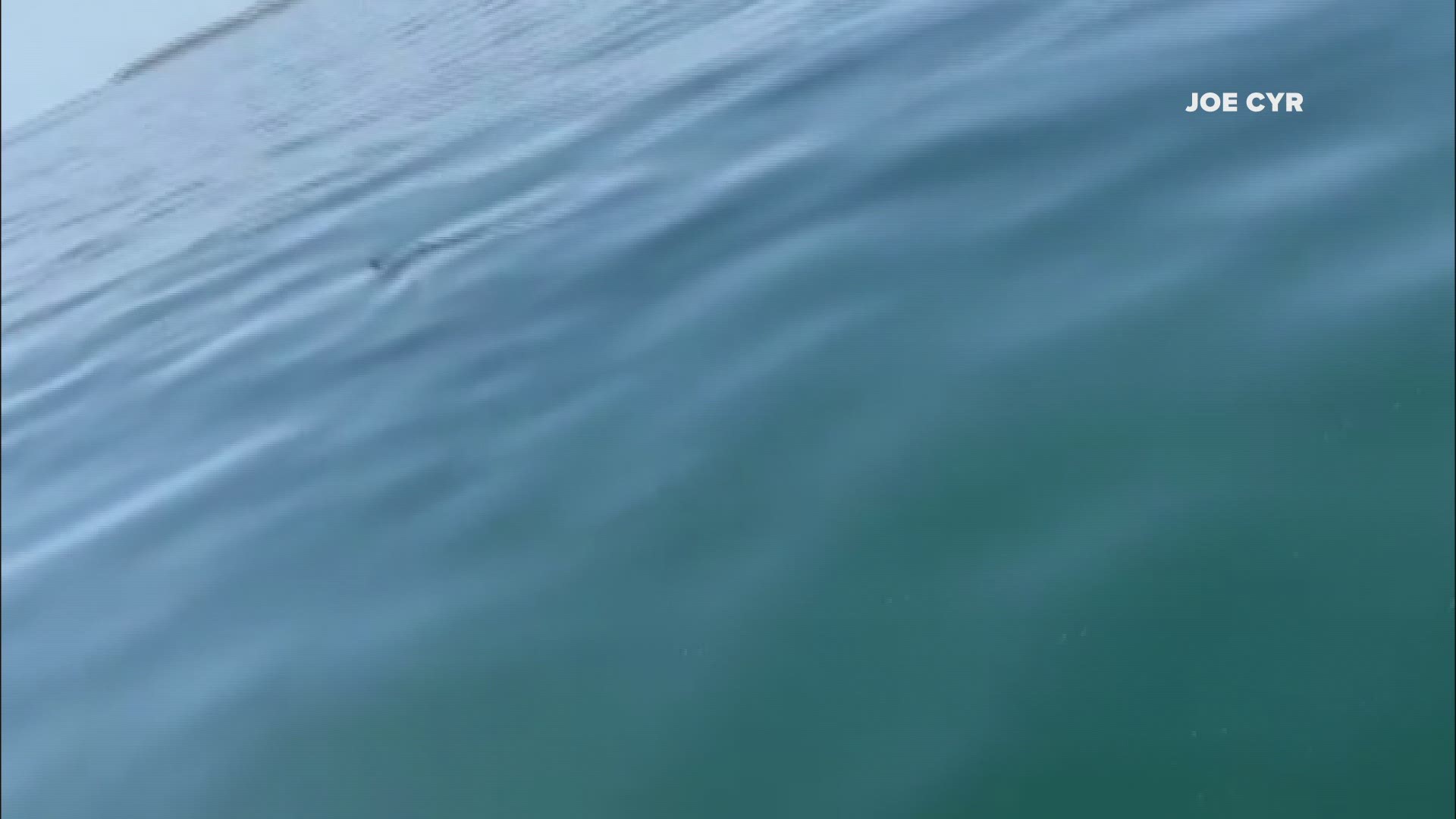 PORTLAND, Maine — A lobsterman spotted a shark just outside the Portland Harbor Wednesday. Joe Cyr captured video of the shark stretching roughly half the length of his boat, leading him to estimate the shark was about 20 feet long. Cyr suspected the shark was a great white.

But John Mohan, an assistant professor at the University of New England's (UNE) School of Marine and Environmental Programs who researches fish and shark biology, examined the photo and video sent to NEWS CENTER Maine, and said it was most likely a basking shark.

Basking sharks' gills also come almost all the way over the top of their heads, creating a deep "V" shape, which can be seen in the video Cyr captured, Mohan said.

According to the National Oceanic and Atmospheric Administration (NOAA), the basking shark is the second-largest fish in the world and the largest shark that lives in the waters off New England. A mature basking shark can be 20 to 28 feet in length.

Basking sharks are not considered a risk to humans as they are gentle, filter feeders. They can be found throughout the world, including in the Gulf of Maine, where they come every year to feed on crustaceans and copepods. They feed near the surface, which is why they’re called basking sharks – they appear to be basking in the sun.

In recent years, sharks have been spotted further north in areas like New Hampshire and southern Maine, where a woman was fatally attacked by a great white last summer.

In the summer of 2020, there were about 300 shark sightings off New England waters.

RELATED: Nearly 300 sharks have been spotted off New England this summer

Since Maine's first known fatal shark attack, the Maine Department of Marine Resources (DMR) has stressed the importance of being alert and cautious while in the water. Swimmers are encouraged to avoid schooling fish and seals, which are prey for sharks.

People are encouraged to report shark sightings to Marine Patrol or to their local authorities. There is also an app that tracks shark sightings, called "Sharktivity," that the Atlantic White Shark Conservancy uses to crowdsource data to reduce encounters and promote safety.

Mohan said UNE is starting to collaborate with the state, local municipalities, lifeguards, and researchers to develop a proactive plan for shark sightings and swimmer safety.