NEWS CENTER Maine profiles one of the country's newest citizens, Abdi Iftin. The Yarmouth resident says he is eager to vote for the first time in 2020. 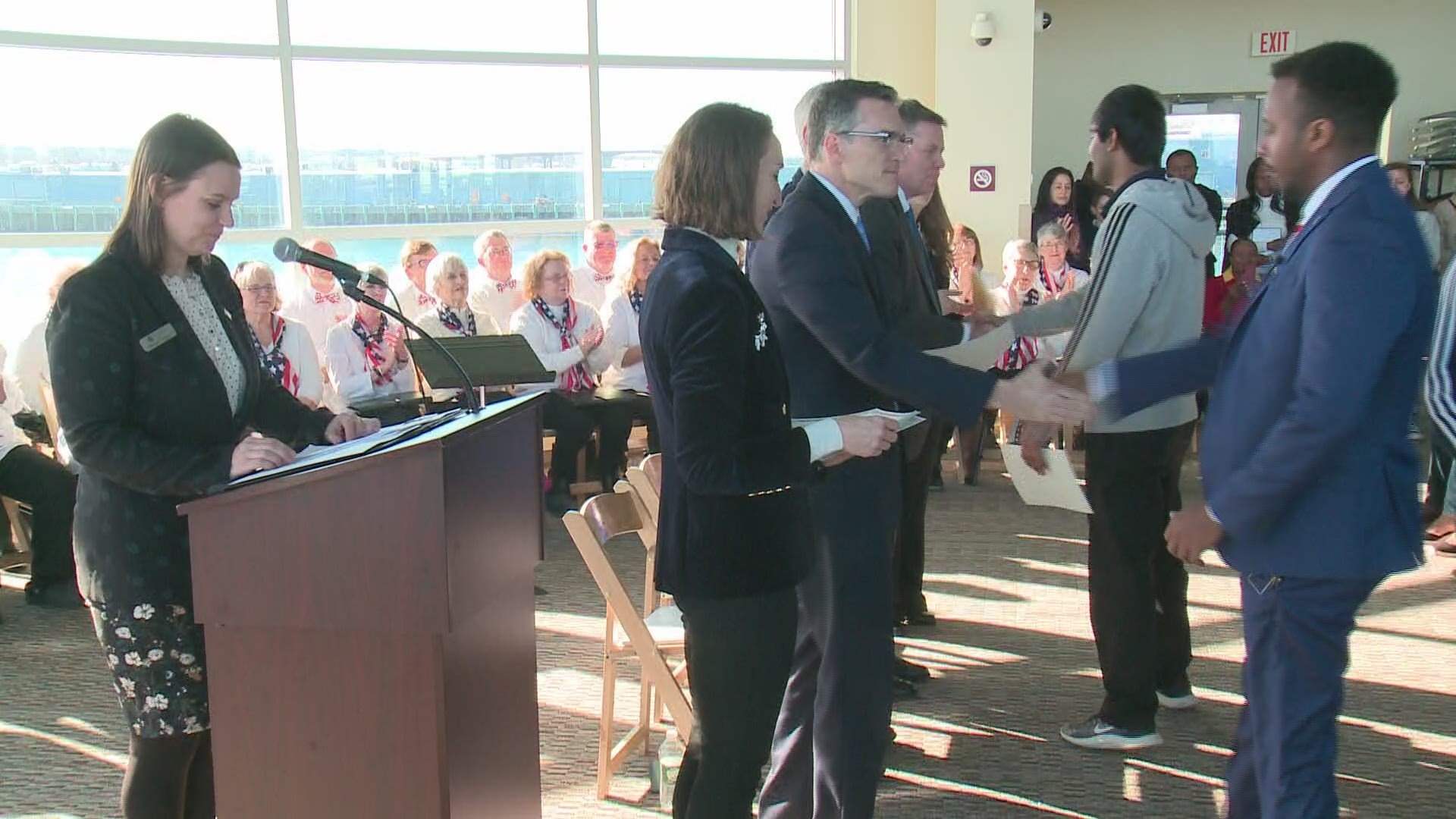 YARMOUTH, Maine — Abdi Iftin has fond memories of his early childhood. He was born into a middle-class Somali family. His father was a professional basketball player.

But then civil war broke out in Somalia and everything changed. That was in 1991. Abdi Iftin was just five-years-old.

"We lost our house, we became separated from our father. Mom took us to safety, as far away from where the gunshots were ringing, but over time we realize there is no safe place in Somalia," Iftin said.

Iftin vividly remembers specific moments from the war, such as his father being held at gun-point and his mother being frisked and robbed.

"I remember multiple moments when I looked down a gun barrel with my bare eyes."

Growing up in a war zone meant Iftin had to grow up quickly.

"When I was seven, two years after the war began, I became in charge of my family. I was taught no more cries, no more tears, it was time to take action," Iftin said.

Over the years, Iftin said he started to develop an interest in American culture. He watched American films like the Terminator and listened to American music.

"I have been inspired by American movies. That's how I learned my English."

Iftin's interest in America is what prompted his friends to start calling him "Abdi American."

While the nickname was intended to be a joke among friends, it put a target on Iftin's back.

The radical Islamic group Al-Shabaab had risen to power at this point, and Iftin recalls getting death threats for appearing to support Western culture.

Despite the threats, Iftin felt he should speak out about what was going on in Syria. He started recording himself in an "audio diary" of sorts and sent the recordings to the United States. The audio diary was picked up in part by NPR and BBC.

Eventually, Iftin would seek asylum in Kenya, before winning the United States "Diversity Visa Lottery" in 2014 and being able to come to America.

Iftin would move in with a family in Yarmouth who had heard his story on NPR and had been emailing with Iftin for several years.

After settling into like in Maine, Iftin began to pursue a college degree. He also wrote a book called Call Me American, about his childhood and immigration experience. It was published in May 2019.

Following his naturalization ceremony, the first thing Iftin did was register to vote.

"One of the most important things someone can do is vote."

"I've never voted in my own country. I've never been given the opportunity to vote for anything!"

While Iftin still isn't sure who he will vote for in November, he knows he wants a leader who can unite people.

"I'm looking forward to electing a leader who can unite as a country and be able to also connect with the rest of the world."