All eyes are on Westbrook, Maine as an Ice Disk continues to capture the attention of the world. The gigantic ice circle has been spinning in the Presumpscot River 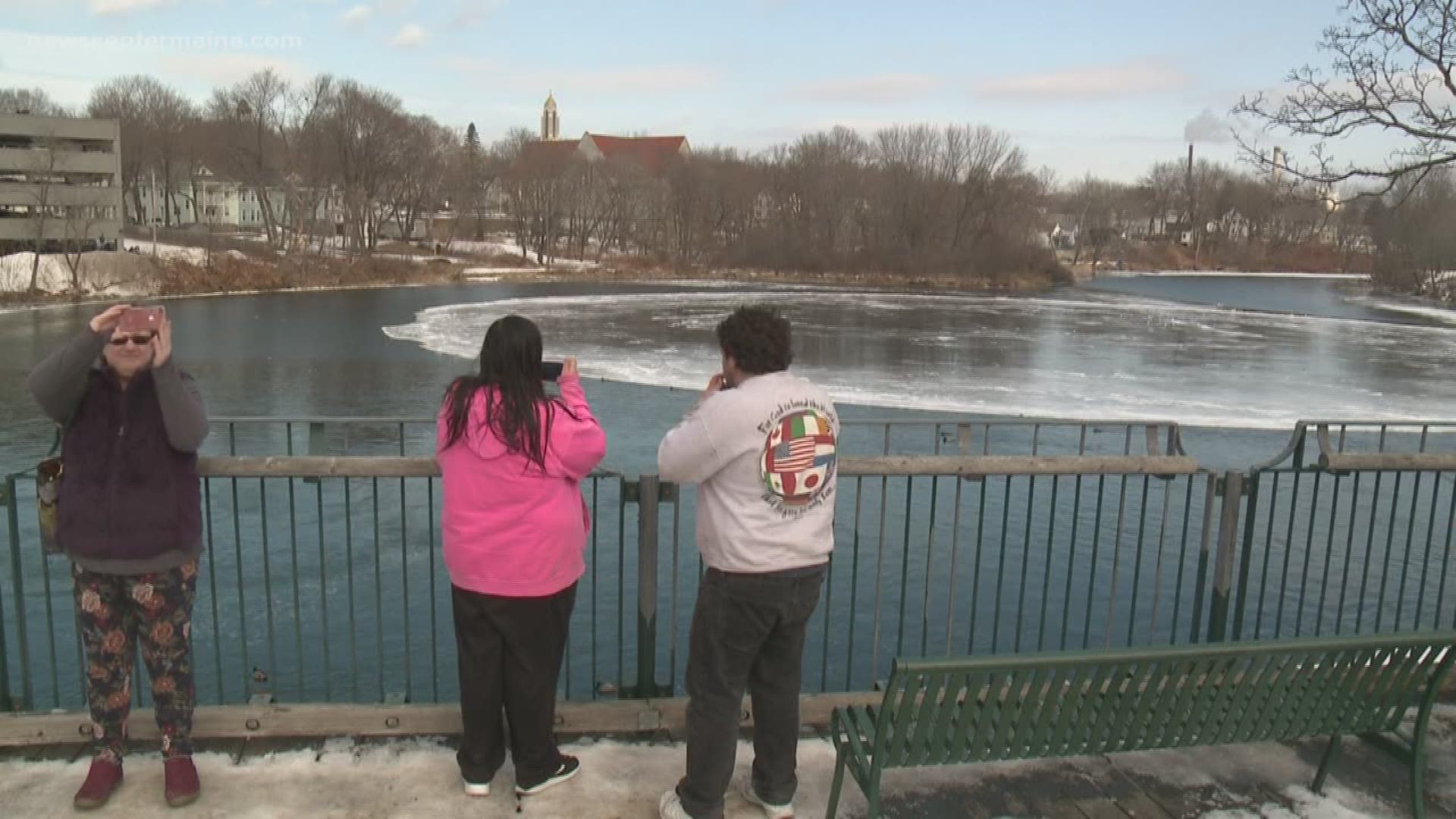 WESTBROOK, Maine — All eyes are on Westbrook as the Ice Disk continues to capture the attention of the world.

The gigantic ice circle has been spinning in the Presumpscot River for several days attracting people from all over Maine and from away.

It's a natural phenomenon that is keeping the city officials very busy.

Tina Radell is the Marketing Director for the City of Westbrook. And for the past few days it's been anything but a typical day at the office.

On Monday, January 14th,  Radell was alerted to a giant ice disk spinning in the Presumpscot River. So she went to the waterfront to capture some footage with a drone. "I grabbed a shot, put it on Instagram, left it and an hour later I was getting calls from the weather channel."

And that was just the beginning. Spectacular pictures and video of the ice disk going viral, putting Westbrook and this peculiar natural phenomenon on the map.

Radell has heard from reporters all over the world. England, Germany, Russia, Holland, Australia and Japan just to name a few. "We've been fortunate social media exists, because that's how it gets out there."

Vic and Rosalie Lemmo drove an hour and half to Westbrook from their home in Middelton,  Massachusetts just to see the ice disk. Vic Lemmo says "We saw the circle of ice on the news the last couple of days and thought we're going to take a ride and see it."

The Lemmos' didn't want to miss seeing what the world is talking about. Chatting together, Vic and Rosalie said "it was amazing, I never saw anything like it."

So amazing that the curious keep coming to take a look at the ice disk and take pictures.

Sue Butler and Victoria Delfino came from Windham. Butler said "we had to see it. This is not something that happens everyday." Delfino added "It's a pretty cool natural phenomenon and it's always interesting to see nature at work."

If you could find a parking space. Cars were coming and going all day.

Sue Butler said "I saw several out of state plates in the parking lot, (they're) coming up to take a look at it. It's a tourist attraction...in the winter!" Butler quipped.

A tourist hot spot in middle of a Maine winter...it's marketing directors dream.