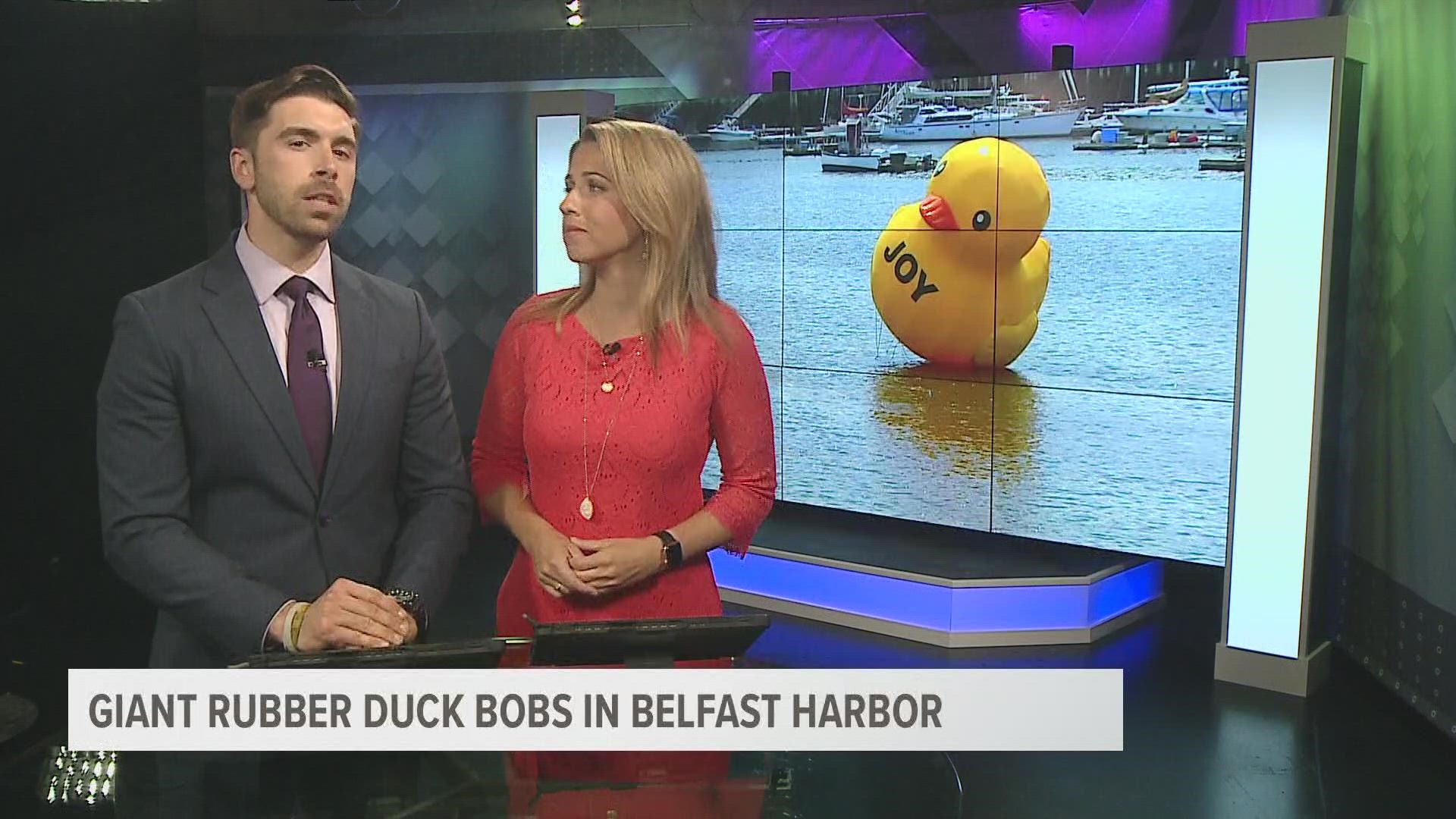 BELFAST, Maine — Call it public art, a bit of whimsy, or simply funny, but a giant rubber duck has mysteriously appeared in the busy harbor of Belfast.

The funny fowl, anchored in the water between a pedestrian bridge and the town landing, is big enough to make two people and a raft look small.

According to the city’s harbormaster, the big, big bird appeared on Saturday and has more or less been floating in the same place since. No one knows why.

“It’s wonderful,” said Judy Herman, of Bala Cynwyd, Pennsylvania, who stopped to snap pictures of the duck on Tuesday.

“Who would expect to see a duck in the middle of the water here? Yet, it really works,” she said.

A number of people hope the duck, which has the word “joy” across its front, remains in the harbor for a while.

“It’s something to do, something to see,” said Elizabeth Dircks, a summer resident of Camden. “I don’t live far from here and I’m on my way up to Bar Harbor. I thought I’d make a detour and see if I could find it.”

Exactly how long the duck is billed to stay in Belfast is anyone’s guess. 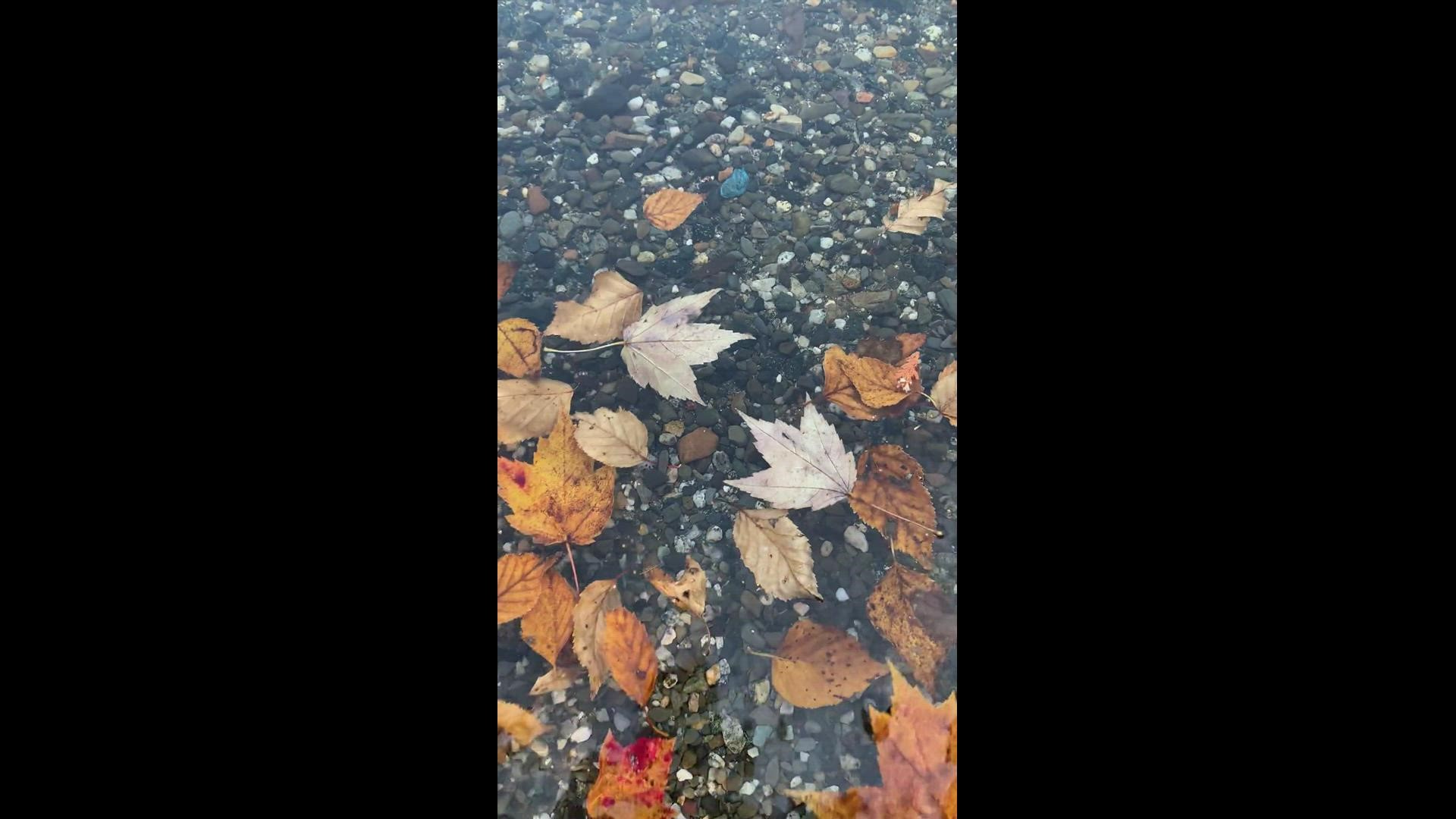