Adam Cote also shares wisdom from his grandfather - a World War II veteran from Maine, who was one of the first Marines in WWII to land on Iwo Jima 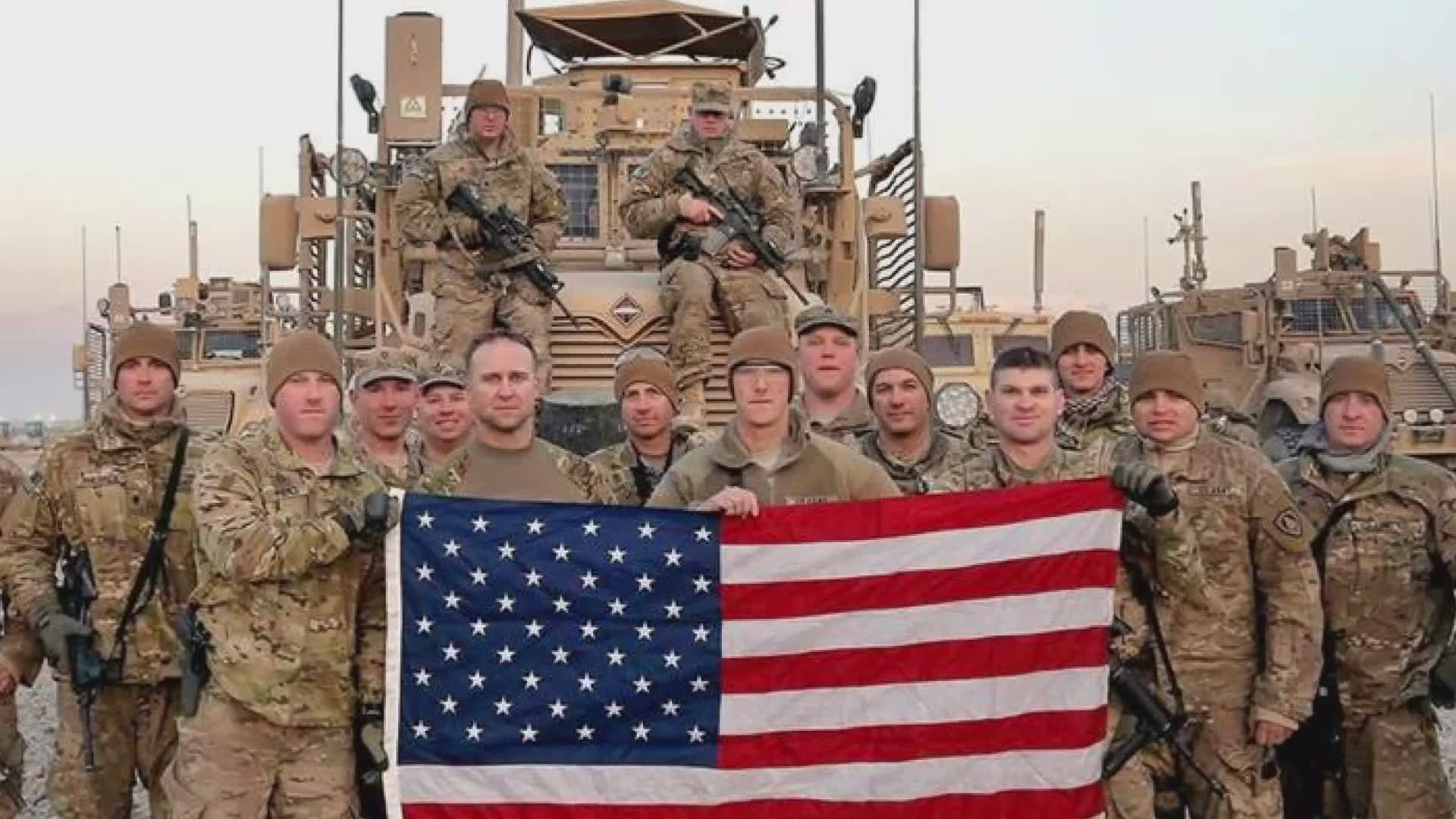 MAINE, USA — Every Memorial Day, Adam Cote, a decorated combat veteran from Sanford with 20 years in the Maine Army National Guard, reflects mostly on his tour in Iraq. It was then, 2004, that several Maine soldiers never made it home.

On Memorial Day, Cote remembers those men, as well as a lesson he first learned from his grandfather, a World War II Veteran.

Growing up, Cote and his grandfather, Earle Ahlquist, a Maine guide, spent a lot of time together fishing and canoeing in the Allagash.

"Some of my best memories were just sitting out by a pond or stream and talking to him for hours" Cote said.

RELATED: Honor Flight Maine | Rain does not stop Veterans on mission to visit memorials in their honor

"He was a Marine in World War II, landed on Iwo Jima when he was 18 years old."

In February 1945 Cote says his grandfather was among the first wave of Marines to land on the island. In an intense and bloody battle, Ahlquist fought for nine days before he was wounded.

"He saw the flag being raised on Mt. Suribachi, just an incredible story."

As a kid, Cote said he would pepper his grandfather with questions about the war, trying to get him to praise his own actions during the battle, thinking that Ahlquist survived because he was so brave.

But his grandfather would have none of it.

"His stories were always about someone else that didn't make it home, that really were much more deserving."

Now a war veteran himself-- Cote understands. And when his kids ask him similar questions, he shares with them his grandfather's wisdom, including that it's not the most skilled or courageous person who makes it home -- something Cote witnessed first hand in Iraq as a company commander in Maine's 133rd Engineer Battalion.

"We had a lot of casualties, we had four that didn't make it home at all."

"They were awesome guys, they were really good soldiers, very talented."

"Sense of pride, camaraderie and brotherhood for sure, the sense of being humble and recognizing that you didn't make it back because you were better...you were fortunate."

Fortunate, just like this grandfather, to live a life worthy of the men and women who lost theirs.

RELATED: 'Bring honor to those who have passed' Buglers play Taps on front porches to honor fallen from home