Dr. Ruth Endicott was presented with four medals by Senator Angus King for her service in World War II in 1943. 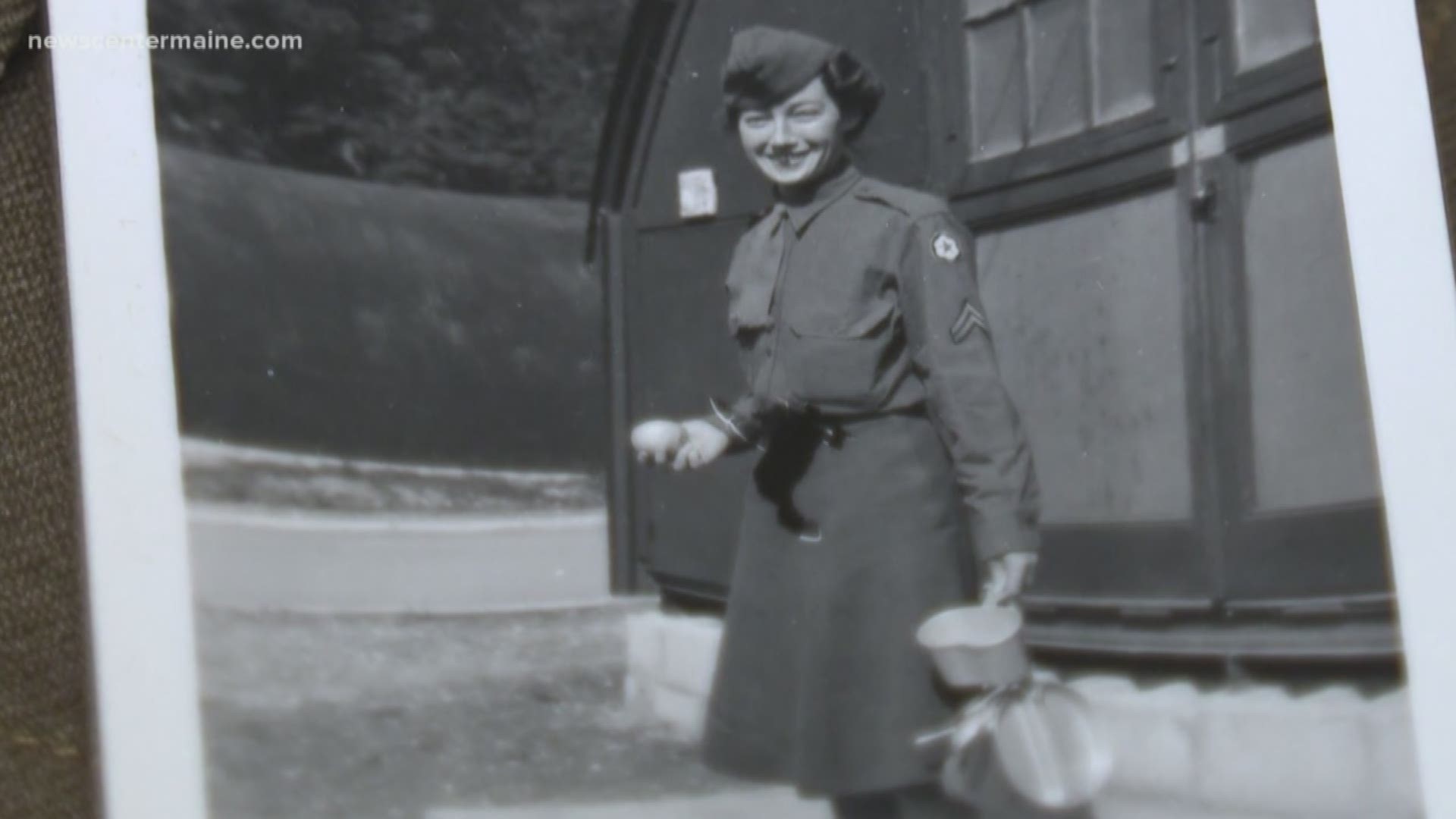 OGUNQUIT, Maine — Of the 16 million men and women who served in World War II, there are now fewer than a half-million alive, and about 3,000 of them are Mainers.

According to the National World War museum, the youngest of them will be gone two decades from now, which is why what happened Friday in Ogunquit was so special.

Sen. Angus King stopped by to visit 102-year-old Dr. Ruth Endicott in her Ogunquit home to give her something she should have gotten 73 years ago.

"All I did was sit in a chair," says Ruth of her service in World War II.

To hear Dr. Ruth Endicott remember her service in the great war as a court reporter and stenographer in Paris and England is humbling.

Sen. King says Endicott's daughter Lynne Sauer contacted his office in 2018 to see if her mother had earned any medals during her service. Lo and behold, there were four medals -- the Women’s Army Corps Ribbon, the European-African-Middle Eastern Campaign Medal, the World War II Victory Medal, and the Honorable Service Lapel Button -- that Ruth had earned but never been given.

"They’re only, what, 73 years late? Don't say the government doesn't work," Senator King joked as he presented the medals to Ruth.

The lapse in time may also be in part because Ruth didn't seek any glory for serving her country.

"It is so moving because she never really talked about it. She has always been very humble and quiet about it. Only if someone asked a question would she say anything," recalls Saucer.

Ruth has led a remarkable life by many standards.

She graduated from Belgrade High School in 1933 and worked at the Portsmouth Naval Shipyard. Later, she enlisted in the Women's Army Corps in 1943, ending up in England and later Paris where she worked as a court stenographer for the court-martial of GI's who were in trouble.

When she returned home, Ruth graduated from Colby College in 1949 and then from Women's Medical College of Pennsylvania in Philadelphia four years later. Dr. Ruth went on to practice as a family physician in Ogunquit for 50 years, retiring at 88.

"Maine is the third highest state in country per capita in veterans and (Ruth) is probably the oldest veteran in Maine," King said.

Ruth's short term memory is poor, but as her daughter, other relatives, and Sen. King spoke to her about the medals and pulled out her old uniforms, still neatly pressed, and pictures of her when she was decades younger, she started to speak of her service.

“We found that you took a trip to Scotland," said King, as he pored over records of Ruth's service. "Your expenses were 14 dollars and 10 cents. We were a little worried about how much you spent,” he laughed.

Ruth may not remember the medals she was honored with, but her service and smile will be remembered by generations to come.