One doctor said it's important to use your child's age as a guide. 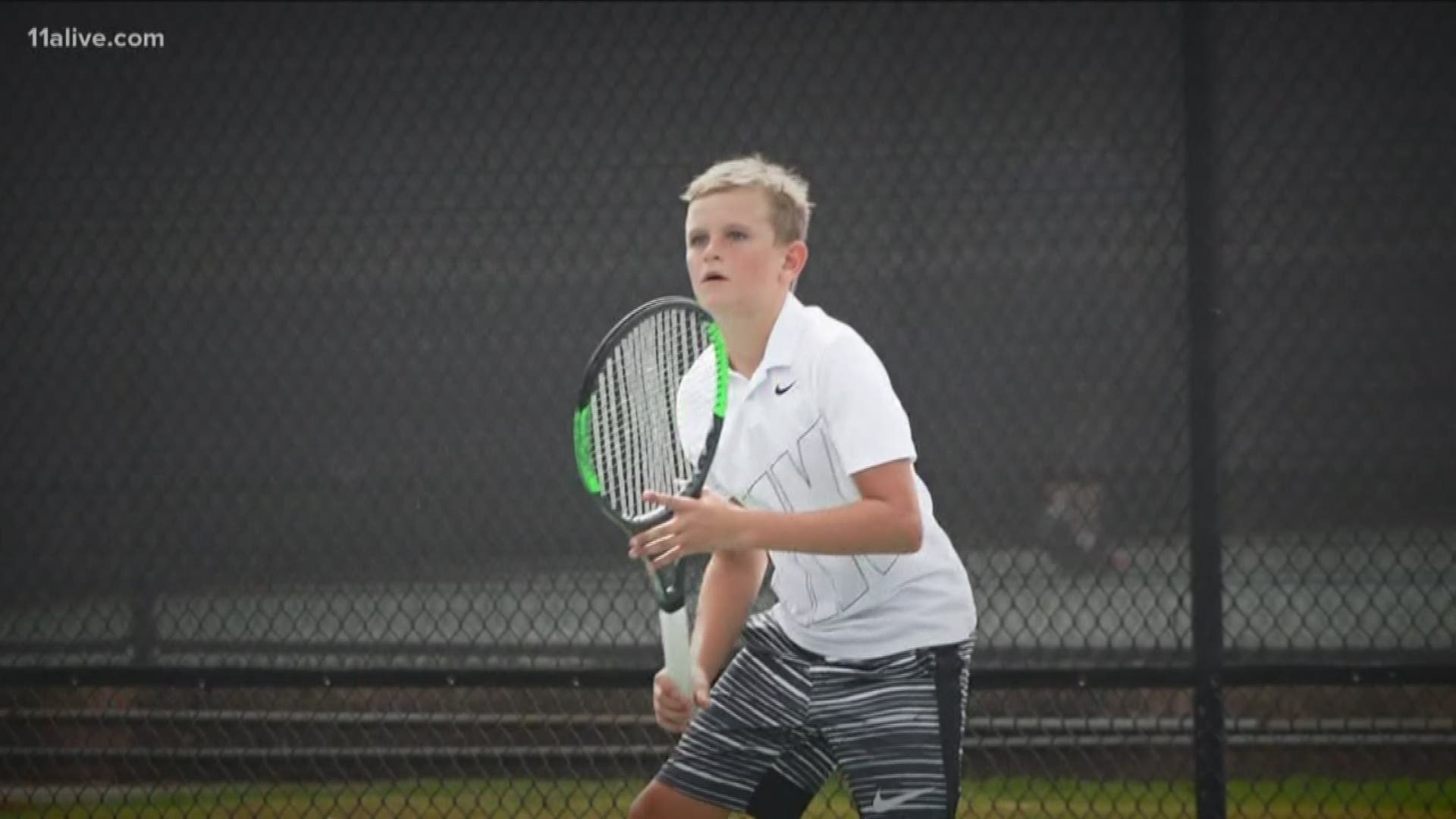 ATLANTA — Injuries can cripple a sports season. According to a doctor at Emory, two-thirds of young athletes in highly specialized sports experience a re-injury, which can cost an athlete their entire sports future.

11Alive's Christie Ethridge went to Emory to find out when a child may be training too hard.

At 10 years old, Kayden Colombo is the best tennis player in Georgia for his age. He practices two to three hours a day, which finally took a toll on his young body, specifically his knee.

“It would hurt, it would hurt. It was just constant pain,” Colombo said.

RELATED: NCAA to permit student-athletes to profit from 'name, image and likeness'

Dr. Neeru Jayanthi, the co-director of the Emory Youth Sports Medicine Program, helped guide him through his recovery.

“We’ve seen a rise in multiple types of injuries across the board. There was a wave of talking about ACL injuries, especially with young female athletes,” he said. “About half of the injuries in young athletes are overuse injuries.”

He said it’s not rocket science that your body needs rest, no matter who you are, but young athletes are the most vulnerable.

“You are more than two times likely to have an overuse injury if you specialize only in a single sport,” he said. “We think we’re seeing more of the overuse variety because right now sports specialization is kind of rampant across sports.”

Now experts are wondering if it is wrong for a child to specialize in one sport?

“While there’s increased risk, it’s not catastrophic. We don’t want to start sending the message that playing sports is bad,” Dr. Jayanthi said.

To keep a young athlete healthy, he has some suggested training rules.

“Don’t do multiple sports at the same time. It’s OK if you want to play basketball and play tennis, but maybe you just hit once a week so you keep your rhythm. But when you are in basketball season, don’t play matches, matches, matches, and then also play five games a week,” Dr. Jayanthi said.

2. Take time off at least two months per year.

“Maybe at the end of a competitive season, take one month off then, and then in the winter after your season again, you take another month off,” he said.

Taking a month off from the sport doesn’t mean you have to stop moving. Dr. Jayanthi says it’s important kids have time to play on their own. In fact, he recommends it.

“If you play tennis ten hours a week, we’d like you to play some free play on your own for fun for at least five or six hours a week. You know, do something else,” he said.

“We call it our age versus hours rule. I just tell them to do less hours per week than your age. We studied it in about 1,200 young athletes, and actually it was true,” he said.

Dr. Jayanthi considers these rules more like speed limits, guidelines, because the ultimate goal is staying healthy and loving the sport.

Now that Colombo is healed and back on the court, he has some advice for any other kid experiencing an injury.

“Just keep on reaching for your goal and never stop. Even in the tough times, just never stop,” he said.

RELATED: US gymnast Simone Biles set to be most accomplished Olympian of all time

A body, a burning truck and the Ghostface Gangsters: 4 convicted in Mableton murder