Nicholas Batchelder from Westbrook was ice fishing on Little Sebago Friday when he and his two friends felt the intense glare of a nearby eagle perched in his nest high above them. That is when they decided to share. 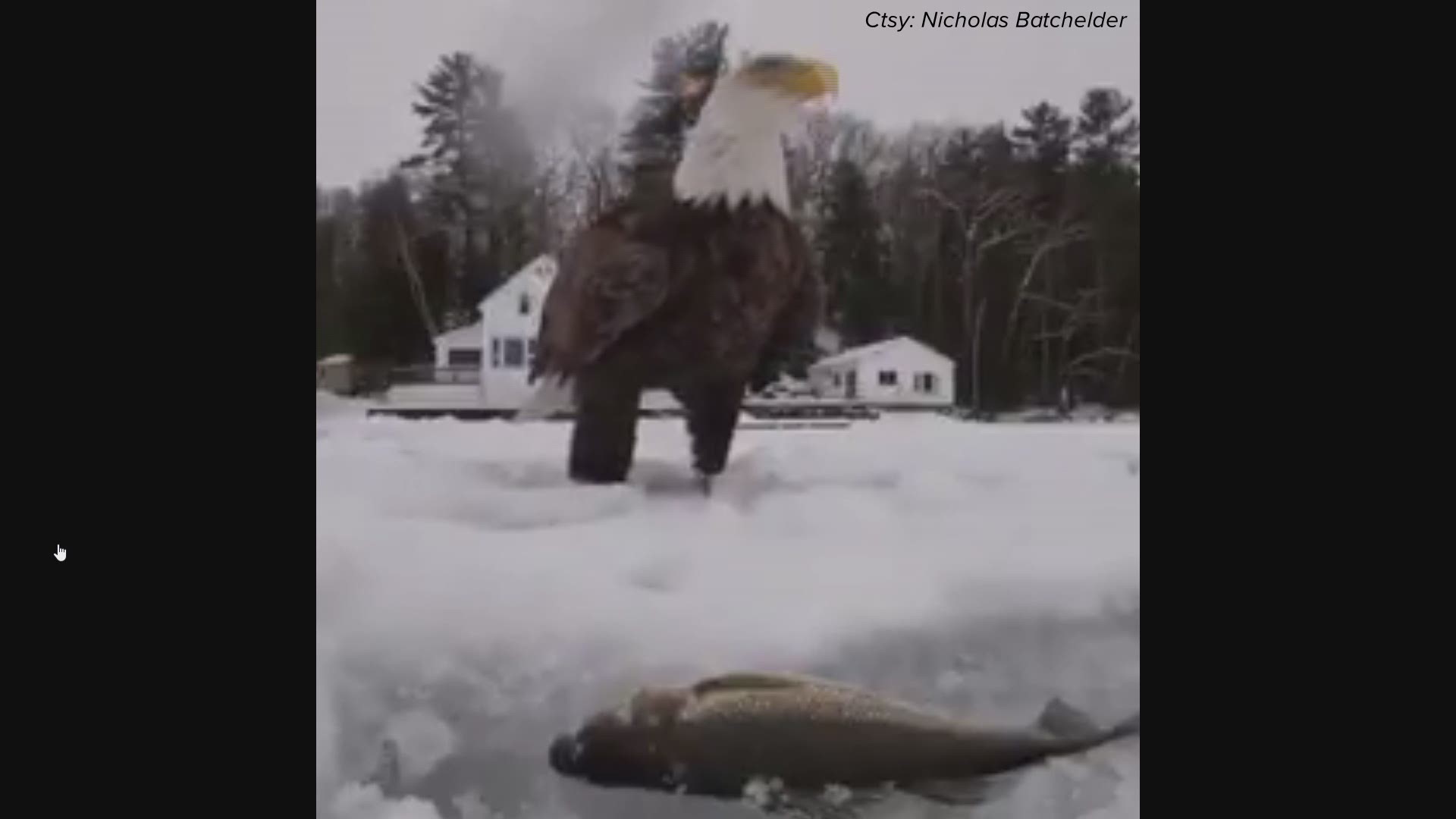 WINDHAM, Maine — Nicholas Batchelder was ice fishing on Little Sebago in Windham on Friday, Jan. 11,  when he and his friends felt the intense glare of a nearby eagle perched in his nest high above them.

Batchelder says as soon as the trio of friends caught their first catch, a small white perch the eagle swooped close to them about twenty feet.

The Westbrook man lost no time and set up his GoPro camera and then laid the catch on the ice as a quick bite for the eagle.

The friends stepped away and the eagle lost no time, swooping in and cautiously snatching the fast food.

Batchelder says he is just happy the eagle didn't also swipe his GoPro.

The SMCC student says the video was well worth sharing his catch.