Bud Light immediately went looking for the Washington Nationals fan who caught a ball with chest due to the fact he was holding two beers and wouldn't put them down. 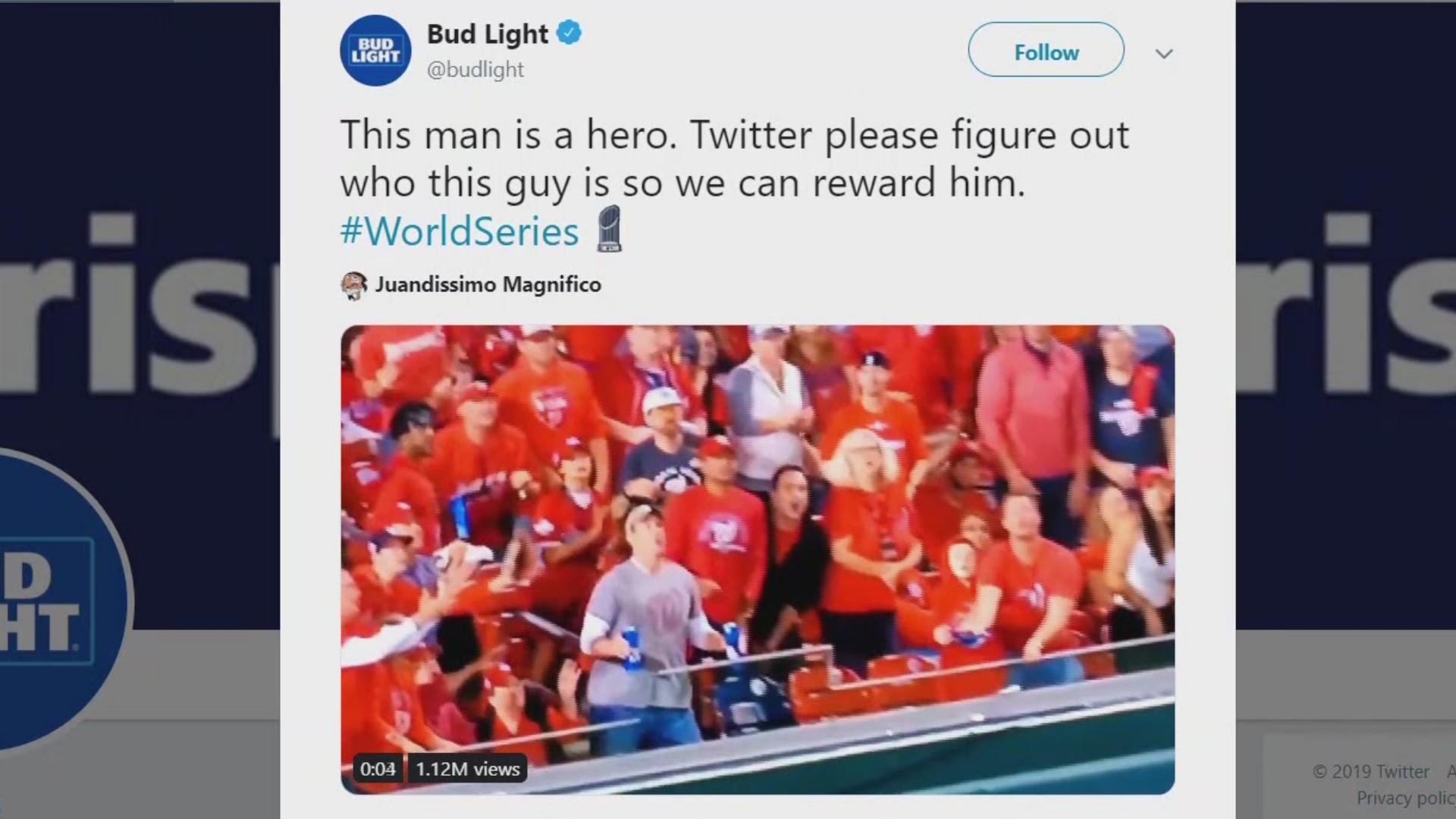 WASHINGTON — "MVP!" "Not all heroes wear capes." "That ball to the chest guy!"

These are just what some are calling the man who refused to put down either one of his Bud Light cans to catch a ball coming his way at Game 5 of the World Series between the Houston Astros and Washington Nationals on Sunday.

Fox 5 in Washington D.C. identified the beer-man as Jeff Adams.

As you can see in the video, Adams didn't back down when he saw the ball coming his way. Instead of letting the ball pass him by, he stuck out his chest to stop it.

Adams said in an interview that it didn't even hurt because the ball came from the Astros.

Houston leads the series at 3 games to 2.