The woman behind every costume at the Maine State Ballet

Gail Csoboth has designed every costume for every performance at the Maine State Ballet for two decades. 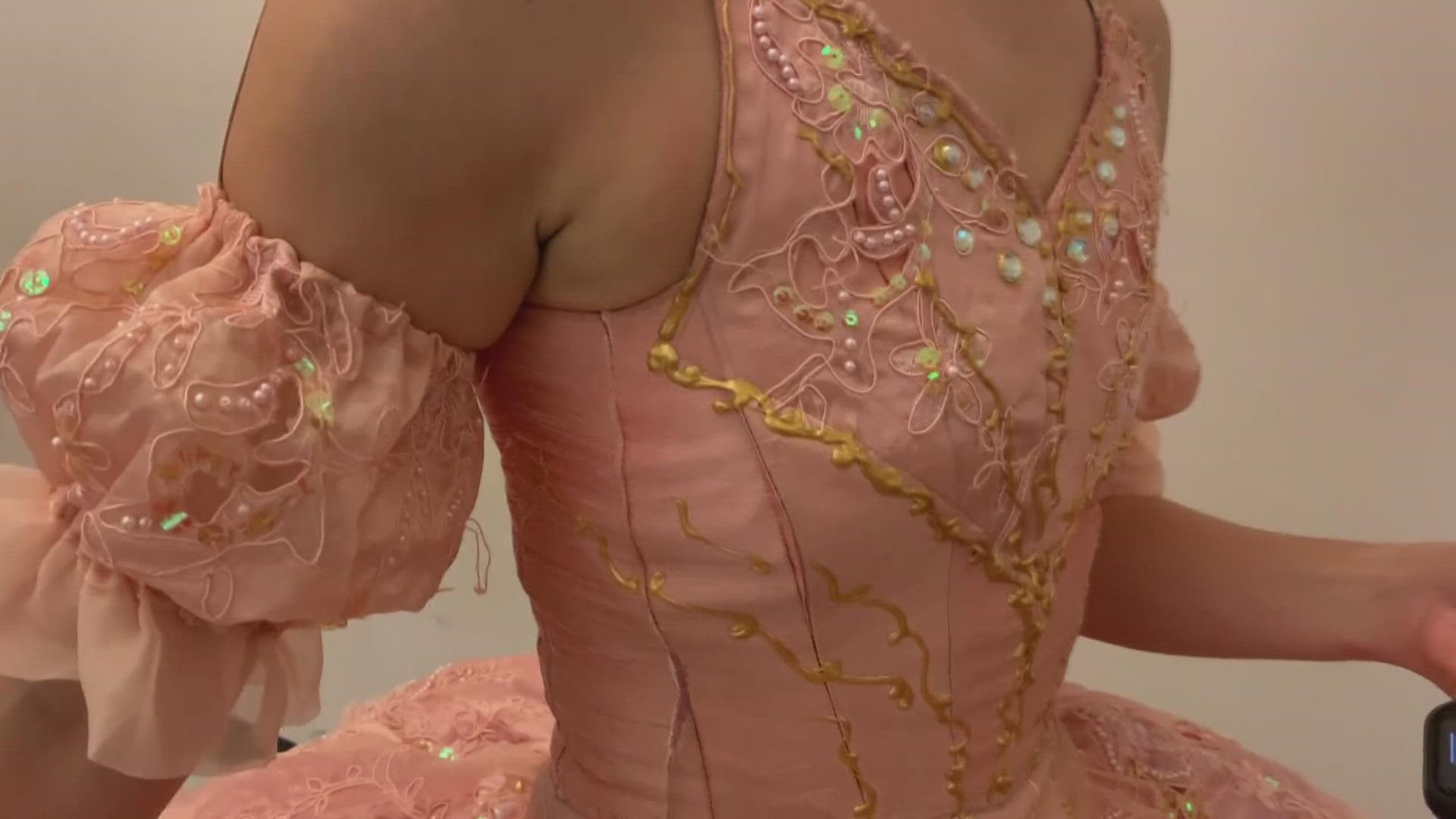 FALMOUTH, Maine — When the curtain comes up on the Maine State Ballet’s production of "The Nutcracker" this weekend, audiences will be dazzled by the pageantry of the show. The dancers bring the story to life but they don’t do it alone. The impressive backdrops, twinkling lights, familiar music, and creative costumes help, quite literally, set the stage.

One woman who is rarely in front of the audience but whose work is often admired by them is at the heart of the Maine State Ballet.

Every costume worn on stage by Maine State Ballet's dancers has passed through the hands of Gail Csoboth. She has designed every costume for the last two decades.

An accomplished dancer herself, Csoboth studied in New York City at the American Ballet Theatre, but when she started her family she decided to move home to Maine, and she began teaching at Maine State Ballet.

Csoboth learned how to sew along with her peers in seventh grade but she began making costumes when her two daughters needed to clothe their Dawn dolls and put on productions. Armed with that training, Csoboth began designing costumes for the Maine State Ballet.

"They say, 'When you can't dance anymore you teach,' and so teach and design costumes is what I ended up doing," Csoboth said matter-of-factly.

"She loves the art of ballet and she has a great respect for the history of it," said assistant director Glenn Davis.

Csoboth works seven days a week on costumes that have to meet her exacting standards. They need to be beautiful, they need to make the dancer feel beautiful, and they need to not hinder dancers' movements.

Her favorite things to create are tutus.

"I love making tutus. That is the height, the pinnacle, the cherry on top of the cake," said Csoboth as she admired four tutus she has labored over for the last eight months. Trimmed in gold and decorated with bows and matching hats, these costumes will make their debut this weekend in the performance of the 45th Nutcracker at Merrill Auditorium.

Csoboth least favorite things to make, she said without hesitation, are men's costumes.

She has a team of people who help her with the sewing, hemming, and fitting of the hundreds of costumes at the Maine State Ballet. Without any formal training, Csoboth leans on her years of experience and draws inspiration from previous ballets, ice skating costumes, and everything she sees.

"Gail spins straw into gold," Davis said. "Her budget is very small and she goes to these places and gets the materials and literally turns it into gold."

"I think they are everything, honestly, costumes and lighting. Dancers are important but even a so-so dancer can be made to look impressive with good lighting, good sound, and good costumes," Hamilton said, trying on his costume.

Gail's favorite part of the process, she said, makes all the hard work worth it.

"The end product, standing in the wings and watching the girls go on stage in those costumes, in those tutus," she said. "That is my reward." 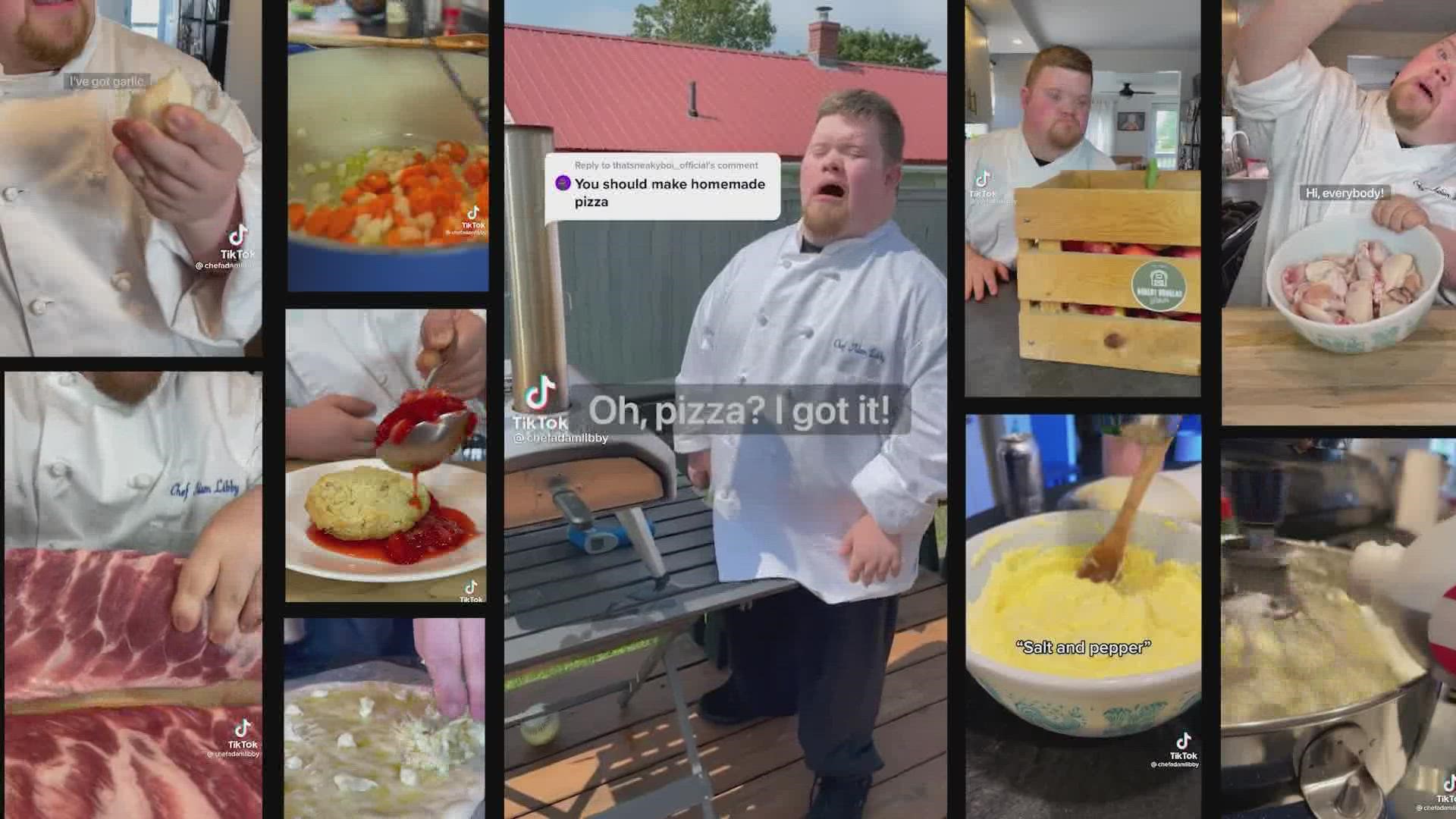