Pizza in the Sky Guy: Mainer feeds community pie from his window to raise money for charity

What started as a way to make friends laugh, has turned into a Philadelphia pizza non-profit that grad student Ben Berman is overwhelmed to be running. 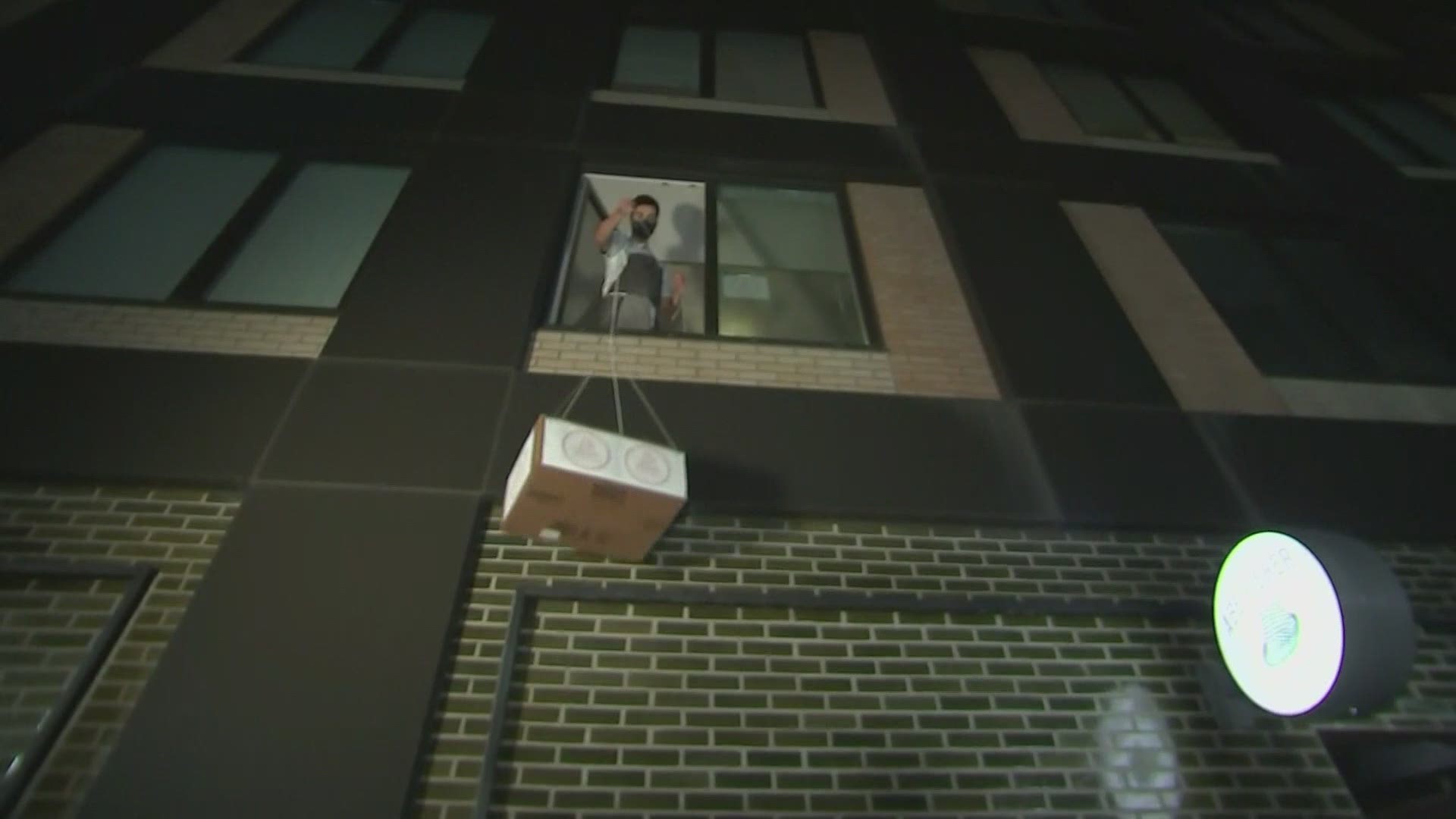 PHILADELPHIA — Ben Berman loves to cook and always has.

In between classes and homework, the 27-year-old grad student from Cape Elizabeth has been perfecting his own pizza recipe for more than a year as he attends business school in Philadelphia.

When the pandemic hit in mid-March, Ben had to cancel a pizza party he was to host with friends but he didn't want to disappoint. Plus he had a lot of dough, so he made some pies and lowered them from his second-story window in Philadelphia to his friends below.

Turns out when you are lowering pizza from a window using a simple pulley system made up of 40 feet of rope Ben purchased on Amazon, people take notice. Ben started an Instagram page and soon strangers were asking if they could try his pie. Interest grew so quickly Ben enacted a lottery system. Every week 1,100 people enter to be one of the lucky 20, selected at random, to get a free pie from the Pizza in the Sky Guy.

While the pizzas are free, Ben asks, if people feel so inclined, to make a donation, all of which goes to support local Philadelphia charities that fight against hunger and homelessness. Over the past 10 months, Ben has cooked up more than 500 pizzas and raised, to-date, $47,000.

Pizza drops on Sunday night, but it's now something that is on Ben's mind all the time.

"It's been crazy," he says. Ben's window of his small one-bedroom apartment has had a steady stream of national and local press. Dave Portnoy of Barstool Sports stopped by to review his pizza and the spotlight has continued. Ben's been featured on The Ellen Show, NBC Nightly News, and CBS This Morning, to name a few.

Two of the Philadelphia 76ers Tobias Harris and Matisse Thybulle grabbed a window slice and also made a large donation to Ben's cause.

For Ben, cooking has not only been a way to serve his community but to heal. In April, his grandmother died from Covid-19.

"I think at the end of an experience like that the only thing that we can do is try to pick ourselves up, to pick up the pieces in some way and create something good out of tragedy," says Ben. He admits he never anticipated he would be making a difference with pizza but sometimes it's the least likely and unsuspecting mediums that help make our communities stronger.

Ben graduates with his masters from Wharton in May and already has a job lined up. As for the pizza he's cooking, two at a time in his electric oven for strangers, he says he has no plans to stop.