On the road to recovery, Dallas man provides hope through skateboarding 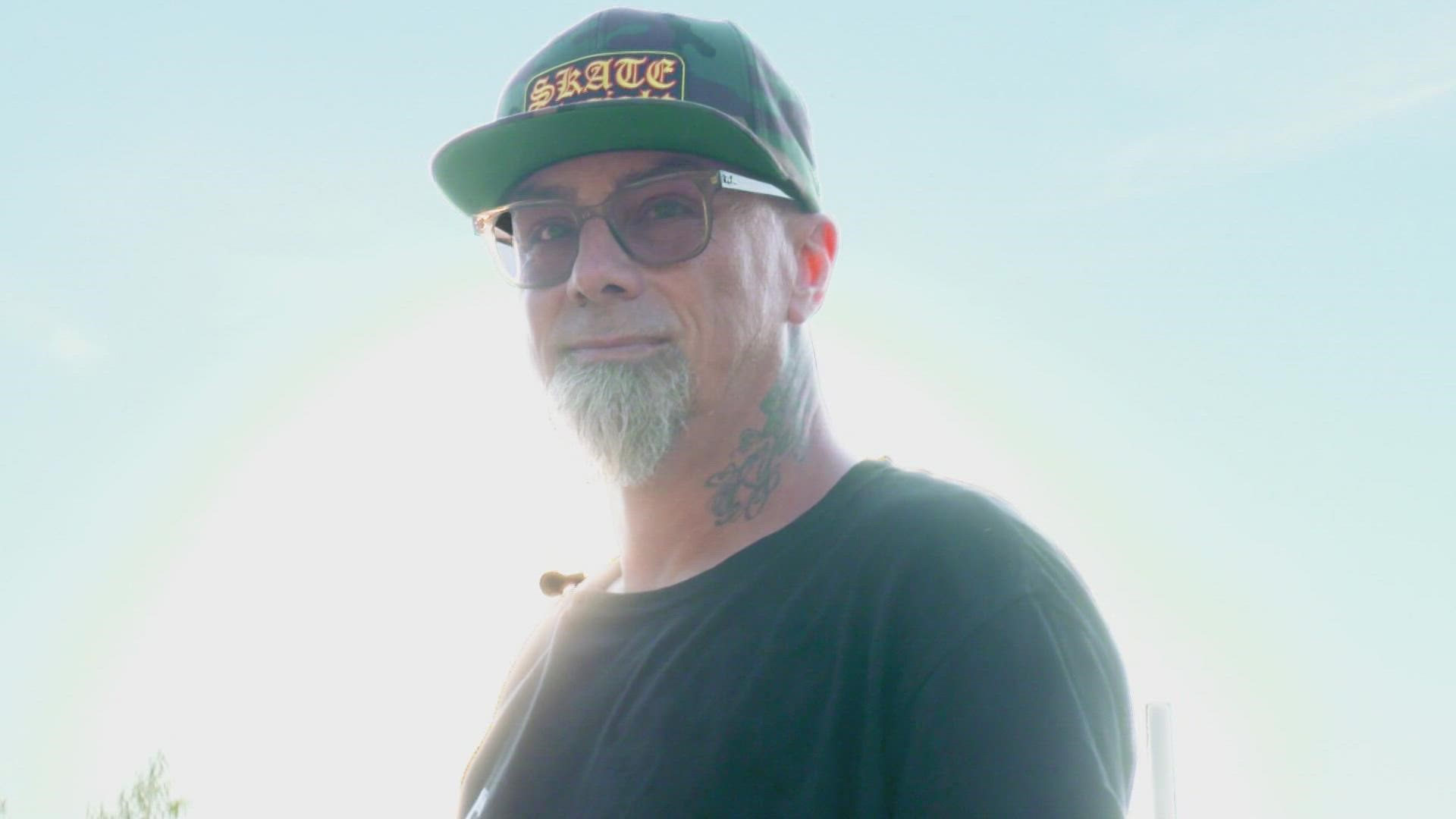 DALLAS — When Curt Eichelberger saw a skateboarding magazine in eighth grade, he saw himself.

So, he picked up a board and started dreaming of all the ways skateboarding would change his life.

It meant doing everything. Cocaine, meth and heroine. There was almost nothing Eichelberger wouldn’t try.

“Partying became more of what my interest was than skateboarding,” he said.

Eventually, he quit using drugs, but by the time he was in his 20s, Eichelberger was already an alcoholic.

“I was lying to my wife, my family, all my friends,” said Eichelberger. “No one even knew I had a drinking problem.”

It’s a secret he kept more than 25 years. Eventually, though, his wife found out and encouraged him to get help.

“I was literally, they said, months away from dying,” he said.

After getting out of treatment, he joined a support group, but each time he went he felt like he didn’t fit in.

So he quit going and instead, took a different path by returning to one of his old habits.

Skateboarding had gotten Eichelberger in to this mess, and now it was going to get others out.

Last year, he started his own support group for struggling skateboarders.

At first, he didn’t think anyone would show up, but before long people came from everywhere. A chapter of Skate Straight recently opened in England and he hopes to start more chapters throughout the United States.

The group originally meant for skateboarders now includes chefs, business owners, and all sorts of people on the road to recovery.

“It’s basically what I would say is the misfits lunch table of recovery,” Eichelberger said.

Eric Wilson joined the group shortly after Eichelberger started it. Wilson said he couldn’t go a day without alcohol and had looked all over for help, before finally finding a group he could relate to.

“Recovery is like skateboarding,” Wilson said. “You’re not going to go out the first day and just be great at it and learn how to do it.”

“The fact is you got up, dusted yourself off and you went again,” Eichelberger said. “And you get up and you do it again.”

Eichelberger, who’s been sober two years now, says he will bend over backwards to offer a way out because he’s seen the alternative.

He’s seen too many people who felt so hopeless, they thought their best life was death.

“I always say it’s like I’m recovering loudly, so others don’t have to die quietly,” Eichelberger said.

He encourages others to do the same, to share their stories and end the vicious cycle of addiction.

“That was the best feeling in the world, I felt like the elephant just jumped off my chest when I was able to get it out,” Wilson said.

Thanks to Skate Straight, Wilson has been sober 18 months, but he’s not the only one who’s been profoundly changed.

“Recovery has given me everything that alcohol and drugs promised me,” Eichelberger said. “If I can go out, what I’ve learned is that 'A' helping 'B' always helps 'A' first. So, me helping these other people helps me.”

As a kid, Eichelberger believed skateboarding would change his life.

As an adult, he now knows he was right.

“Someone asked me this not too long ago, they said, ‘What have you ever done for skateboarding?’ And I said, ‘nothing until now,’” Eichelberger said.

“This is my time to give back. I’ve taken for 30 years and this is the first time I felt like, ‘Oh, this is what I was supposed to do.' It just took me this long to figure it out.”

Eichelberger may never compete professionally, but he’s already one of skateboarding's all-time greats.

For more information on Skate Straight visit skatestraightrecovery.org or 4dwnproject.org.