School Resource Officer Mike Bennis shares his talent of art with students at Portland High School, creating portraits that he gives them. 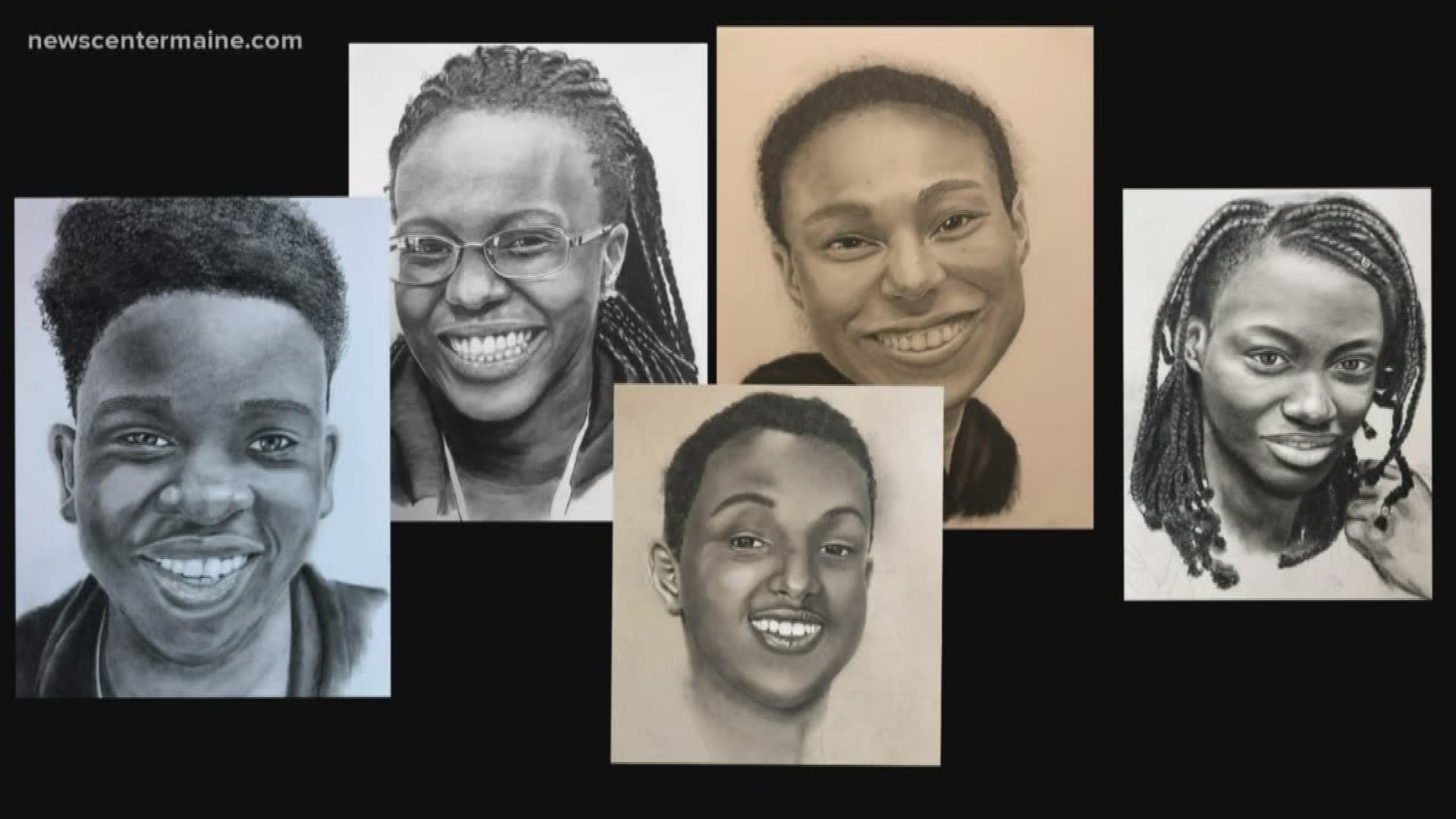 PORTLAND, Maine — Back in April when the city of Portland received an influx of asylum seekers from the southern border, the response from Mainers was mostly positive.

People opened their hearts, their homes and their wallets to help individuals and entire families from West Africa find places to live.

But not everyone was as welcoming.

And that bothered the school resource officer at Portland High School, in a district that boasts a minority enrollment of about 35-percent.

So, Officer Mike Bennis, a 17-year-veteran with the Portland Police Department decided to do something about it... the best way he knew how. Portraits.

Officer Bennis, who has been drawing since he was a kid, asked some of the immigrant and minority students, permission to draw their portrait.

He then snapped their picture, and on his own time, using charcoal, spent up to 30 hours meticulously drawing each of their faces.

He says their reactions were priceless, like sophomore Filipina Mavambo who came to Maine from Angola.

"The first day I came I was so scared. Everything is new" Mavambo smiled.

She said Officer Mike, as the students call him, is very nice and was kind to draw her portrait. Her response to seeing it?

"When I see my picture, it doesn't look like me." She quickly said "I like it so much, yes. It's the first drawing of my face."

Mavambo said her mother and sister loved it too.

Junior Ibrahim Halan, who wants to major in business in college, is proud of his portrait and keeps it by his bed so it's the first and last thing he sees everyday.

"I was like so surprised, so surprised when I saw the picture. It looked so good just like me, I loved it."

Sophomore Joel Bahizire who participates in several clubs at Portland High School, says it's good to have Officer Mike around and appreciates his artistic talent.

"I really like drawing, so it's good to have a picture of me drawn. It makes my day really good, like starting my day."

Senior Awen Deng, who plays three different sports at school, says she was shocked when she saw the finished product.

"When I actually saw the picture I was amazed. It was really detailed. It is something special and it means a lot to me."

Senior Casarra Abeasi, a cheerleader who wants to major in criminal justice and become a lawyer, feels the same way.

"He (Officer Bennis) doesn't do it for every student, so it's like he picked me to do this and it made me feel good."

And that is the point.

"They're great kids and hopefully they think it's cool and it boosts up their self confidence" Officer Bennis.

And a new way to see themselves.

Officer Bennis framed each of the portraits and gave them as gifts to the students.