Robert Shetterly has been working for the last two decades on a portrait series of Americans, both historical and contemporary, who he feels make our nation better. 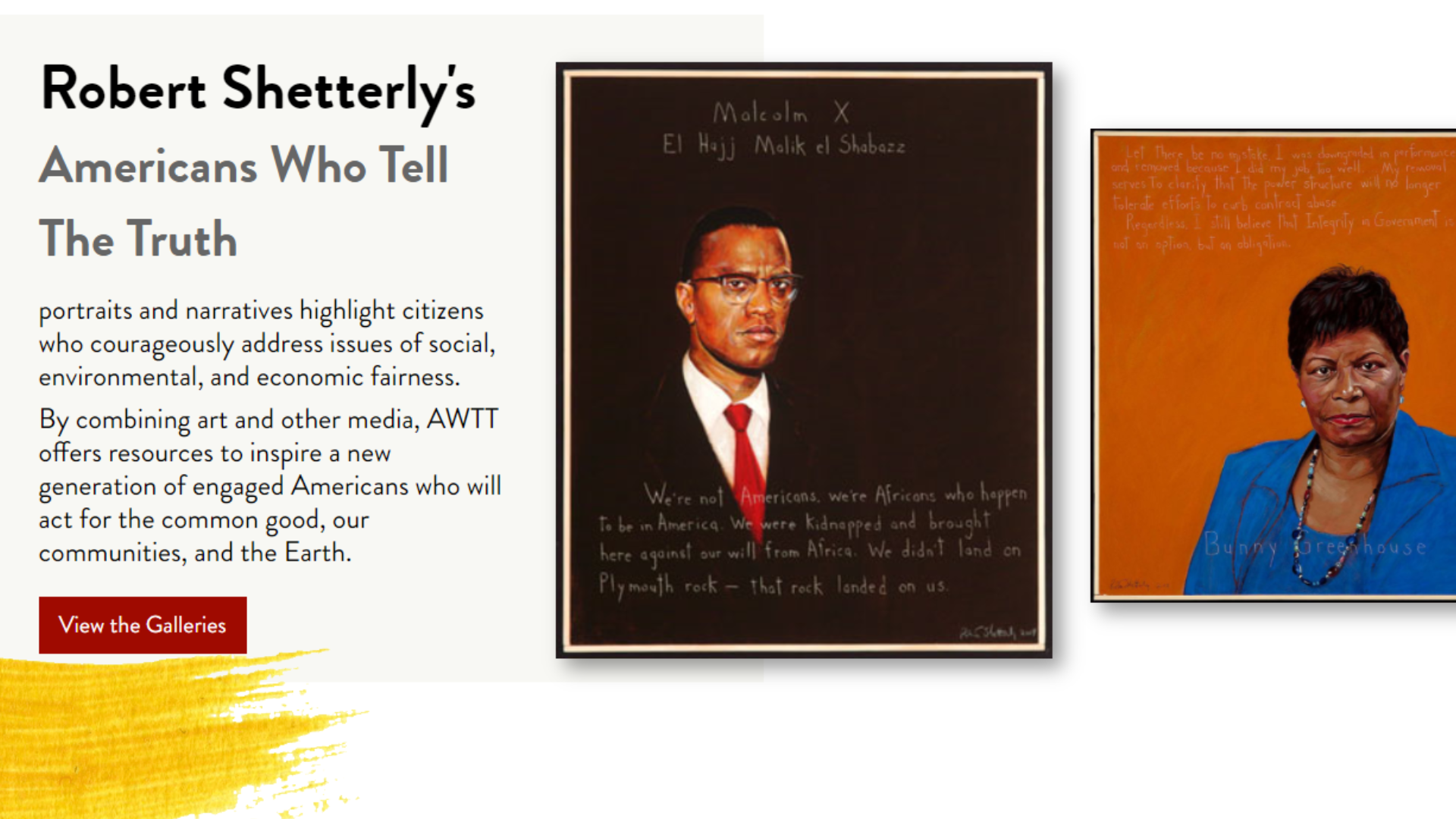 BROOKSVILLE, Maine — The best thing Robert Shetterly does is paint. So when he found himself feeling frustrated and angry with the government's response to the attacks on the World Trade Towers in New York City on September 11, 2001, he turned to his canvas.

"I was just so angry and so full of grief about where we were going and why and the question to me was, 'What can I do?'" Shetterly explained.

He decided to take his negative energy and pour it into something positive.

Shetterly wanted to surround himself with Americans he admired so he started by painting American poet and the father of free verse, Walt Whitman. He felt better but the feeling was fleeting. A few days later, he was ranting about the state of the nation once again to his wife. She suggested he keep painting and he hasn't stopped.

"I realized what I was doing was painting the people who have been marginalized by the society and when you look closer you realize that these are the folks who are trying to insist that this country live up to its own ideals," Shetterly said.

From his home studio in Brooksville, Maine, Shetterly has painted more than 250 portraits of historical and contemporary Americans as part of his series called "Americans Who Tell The Truth." He has been working on the project for two decades now and portions of his series have toured the U.S. as Shetterly accompanies them to speak to schools, colleges, museums, libraries, and churches.

"If I was just trying to say these ideas about American history and about the courage of American citizens I wouldn't be invited into schools but because I painted these portraits it gives me an entree into schools. The art authentics the message in a way."

"It's an intimate process," Shetterly said. He gets to know his subjects through conversation, meeting with almost all of those still living. For those no longer living, he gets to know them through their own words, reading, and researching about their lives. Each portrait has etched on it a quote from the subject that Shetterly starts conversations.

The journey of his series Americans Who Tell The Truth is being made into a documentary by Richard Kane called Truth Tellers. That is expected to be released by September 2021 along with a book about the project.