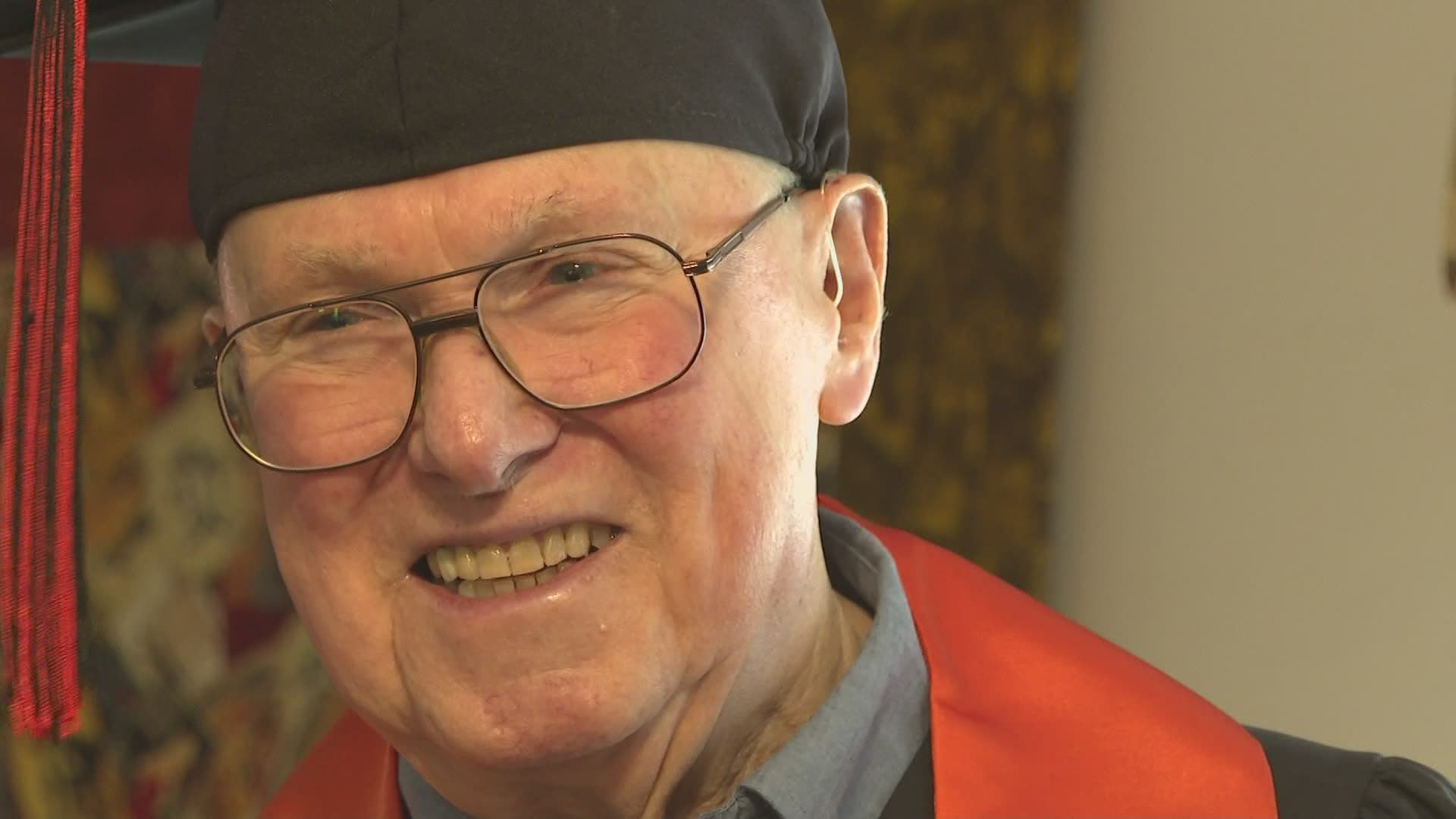 SABATTUS, Maine — If you drove by the Henshaw home in Sabattus Saturday morning, it would be easy to guess a celebration was taking place. Friends and family of 90-year-old Korean War veteran Bill Henshaw gathered for a once-a-lifetime moment.

Henshaw left Taunton High School in Massachusetts in the fall of 1949 to serve his country. While his classmates would go on to graduate, Henshaw never graduated.

That changed on Saturday, thanks to a Massachusetts state law that allows veterans like Henshaw, who left school to fight in wars, to receive a diploma.

“I married my wife 46 years ago in October, so I’ve been hearing about the diploma for the last 46 years," Henshaw's son-in-law Amedeo Lauria said.

Bill's son Scott added, "I actually did not realize he did not have it until they were setting this up. Like, really?”

“He claims he completed all the classes years ago, but there was a dispute over the last one I guess," Scott said.

With the help of Senator Susan Collins, Henshaw was able to receive a cap and gown from Taunton High with a diploma stamped with his graduation year of 1950.

"It was particularly special that my office was not only able to help Mr. Henshaw receive the Purple Heart and other medals he earned, but his long-overdue high school diploma as well," Collins said in a statement.

Inside the family home were the normal treats you would see for a graduation party. Cake, cupcakes, and cookies were spread out on the kitchen table, but the war medals in the living room are unique to this celebration.

Bill was shot in the arm in Korea and received a Purple Heart as well as other war medals from his time overseas.

Despite being recognized for his bravery in his defense of our country, Scott said Bill didn't talk about the war much when he was growing up. He was more focused on raising his six children, Scott added.

Some of the Henshaw's followed their father's footsteps and enlisted in the Army or Navy. That's how Lauria met his wife.

“They have a strong tradition of service to their country and I’m sure it was instilled by him whether he spoke about it or not," he added.

When Bill was asked what it was like to see all of his family and friends gathered to celebrate his graduation he only needed one word to describe it all: "Wonderful."