It’s a giveaway for a military couple that wants to get married. To enter: Send your military love story to Info@TeamDoneRight.com. 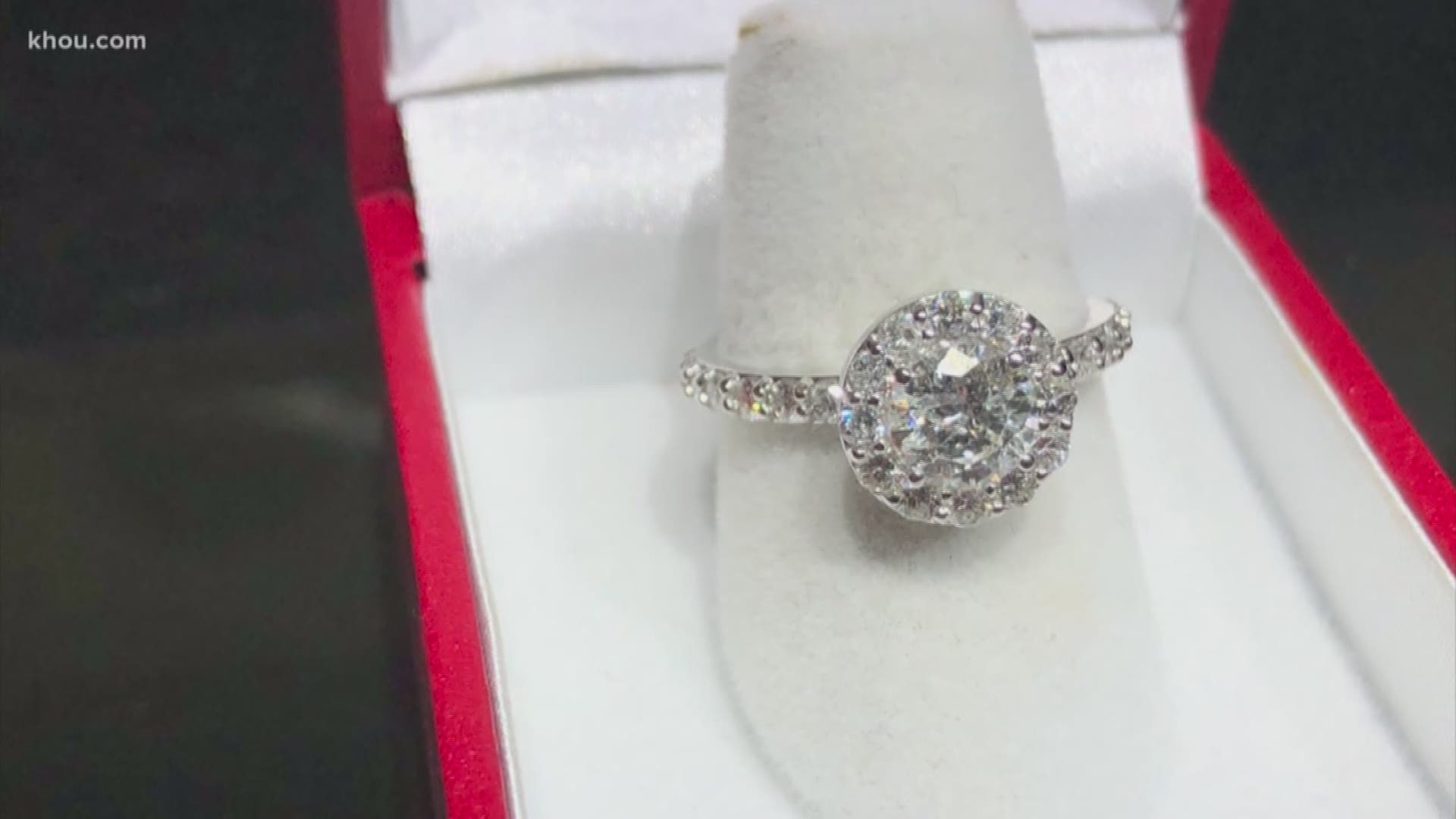 HOUSTON — From Houston street kid to hip hop jeweler to the stars, “Jimmy Boi” Phan is sharing his story and the chance for a military couple to win 2.4-carat diamond engagement ring in time for Valentine’s Day.

Tho Van Phan aka “Jimmy Boi” was a drug dealer. He figures he's been arrested at least 10 times.

Jimmy rattles off part of rap sheet, “Attempted murder which ended up getting dropped to deadly conduct while discharging a firearm, engaging in organized criminal activity, possession of Ecstasy….”

He says though, “I never considered myself a gangster.” I asked him then, “What were you?" He replies, “A hustler.”

There's been all kinds of hustle in Jimmy's life. His family were music stars overseas founding the popular CBC Band. They became Vietnamese refugees, ended up in Alief, Texas and kept performing.

Credit: KHOU
From Houston street kid to hip hop jeweler to the stars, “Jimmy Boi” Phan is sharing his story and the chance for a military couple to win 2.4-carat diamond engagement ring in time for Valentine’s Day.

Jimmy, who was born in Alief, remembers as a kid, “I lived in a household with nothing but rock stars. I’d stay up till 4 or 5 in the morning. The whole house, the family is popping. We getting it on!”

But the party life turned into the street life. His family disowned him. By 2011, it was just Jimmy and his daughter Savannah, when they were separated.

Jimmy says, “I spent so many days crying in my jail cell like a baby.”

Like many parents, his baby was his wake up call. Jimmy loved shiny things.

“I would just hang out at jewelry stores when my daughter was a baby in a car seat. I’d carry her in her car seat to my partner’s store back and just be annoying probably to them. They used to hate it. But by doing that I learned so much."

Jimmy was growing up and so was Savannah. Jimmy caught a cell phone clip of her doing an unrehearsed rap video when she was 9. It took off. Now 329,000 Instagram followers later, 13 year-old Savannah's notoriety is helping her dad’s business, Done Right Jewelers.

Jimmy has made pieces for athletes, actors and rappers. He rattles off his customer sheet.

Jimmy picks up a large diamond encrusted medallion shaped in the letters “TBE."

“TBE is one of his (Mayweather’s) brand companies, The Best Ever. In the back I even did his autograph in diamonds.”

Jimmy explains Mayweather is very particular and wanted the diamonds to be consistent in color.

Jimmy says it’s about attention to quality and custom designs. His life is an open book, inked in tattoos all over his body. Now 37, with a new book out and his own store about to open, he can say “Thank you” - in style.

He puts a beautiful diamond engagement ring on his pinky finger saying, “This is about 2.4 carats total. It’s a giveaway for a military couple that wants to get married.”

The best story wins and any military couple can participate.

Given Jimmy's own story, that might be a pretty high bar.

To enter: Send your military love story to Info@TeamDoneRight.com.