In hard times, a Mainer lives by his guiding principle that one person can make a positive difference

'I can remember my uncle telling me that it’s more fun to help wash your neighbors’ dishes than it is to wash your own.'

MAINE, USA — “It just feels like the right thing to do,” said Bill Pratt, a Maine native reflecting on his passion for helping others. “If I know something I can do will make a positive difference, I feel compelled to do it.”

Pratt is known for helping people. Whether it’s cutting the grass on his neighbor’s lawn, snow plowing their driveway during the harsh winter months, giving someone a ride to the store, or even picking up necessities. These acts of kindness are just a few highlights of Pratt’s selflessness and duty to service.

While the coronavirus caused many people to isolate in fear and shy away from one another, Pratt’s devotion to helping others never wavered. His neighbors say he is a person they can count on even during challenging times, often picking up medication or other items for people in quarantine.

Credit: Bill Pratt
Maine native reflects on his passion for helping others

To say that kindness is deep-rooted in Pratt's nature is an understatement. He credits his devotion to helping others on his upbringing and says he was taught all about the power of service from the people who raised him.  “I learned by example from both of my parents, grandparents, also an uncle and aunt. I don’t mean just when I was a kid growing up. I learned from them as long as they were alive,” Pratt said. “I can remember my uncle telling me that it’s more fun to help wash your neighbors’ dishes than it is to wash your own.”

Pratt says seeing a person or family struggling or in a tough situation drives him to want to help even more. Since he’s unable to be there for his own kids and grandchildren who live far away, helping someone nearby makes him feel better. He hopes, the “good karma will help bring someone’s kindness to my family members that I can’t be with right now.”

Beyond what he was told about being there for others by his uncle, Pratt said his deceased relatives “still come to me in my dreams sometimes and point out things I could have done better.”

RELATED: Watch this artist transform a driveway into a chalk masterpiece for medical heroes

For this Mainer, helping those in need is never something he boasts about. “What I love most," Pratt said, "is when I can do something for someone and not tell anyone. Not even the person I did it for. “

Several scientific studies published by Harvard University reveal that people who display or observe kindness are happier. Positive emotions have been linked to improved physical and emotional health. It’s no wonder, many people say the secret to a happier life lies in helping others. 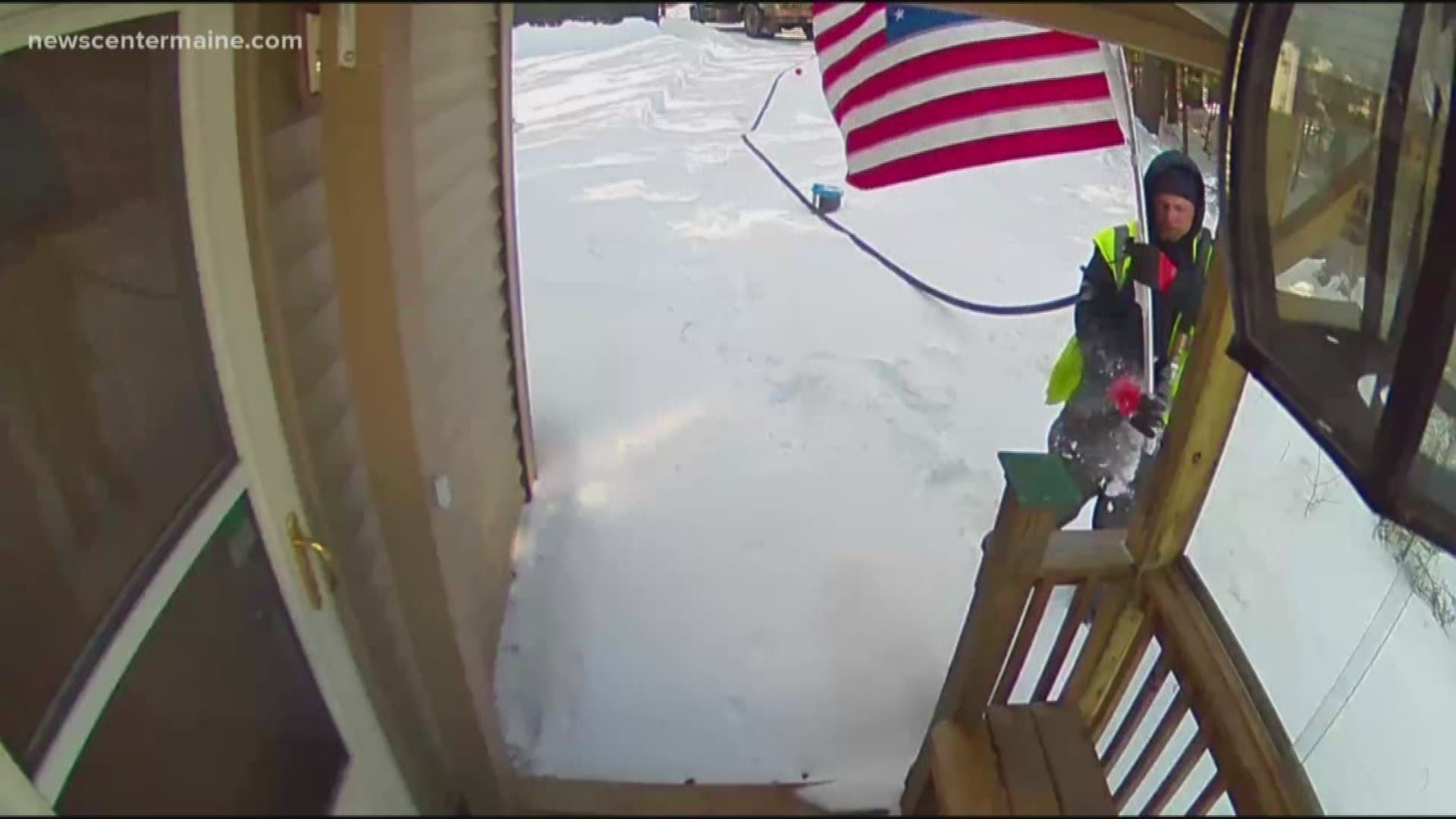