Grand Rapids Grandpa gets a surprise from Lady Gaga

The Grand Rapids man and his granddaughter will get to meet the "Born This Way," singer in October. 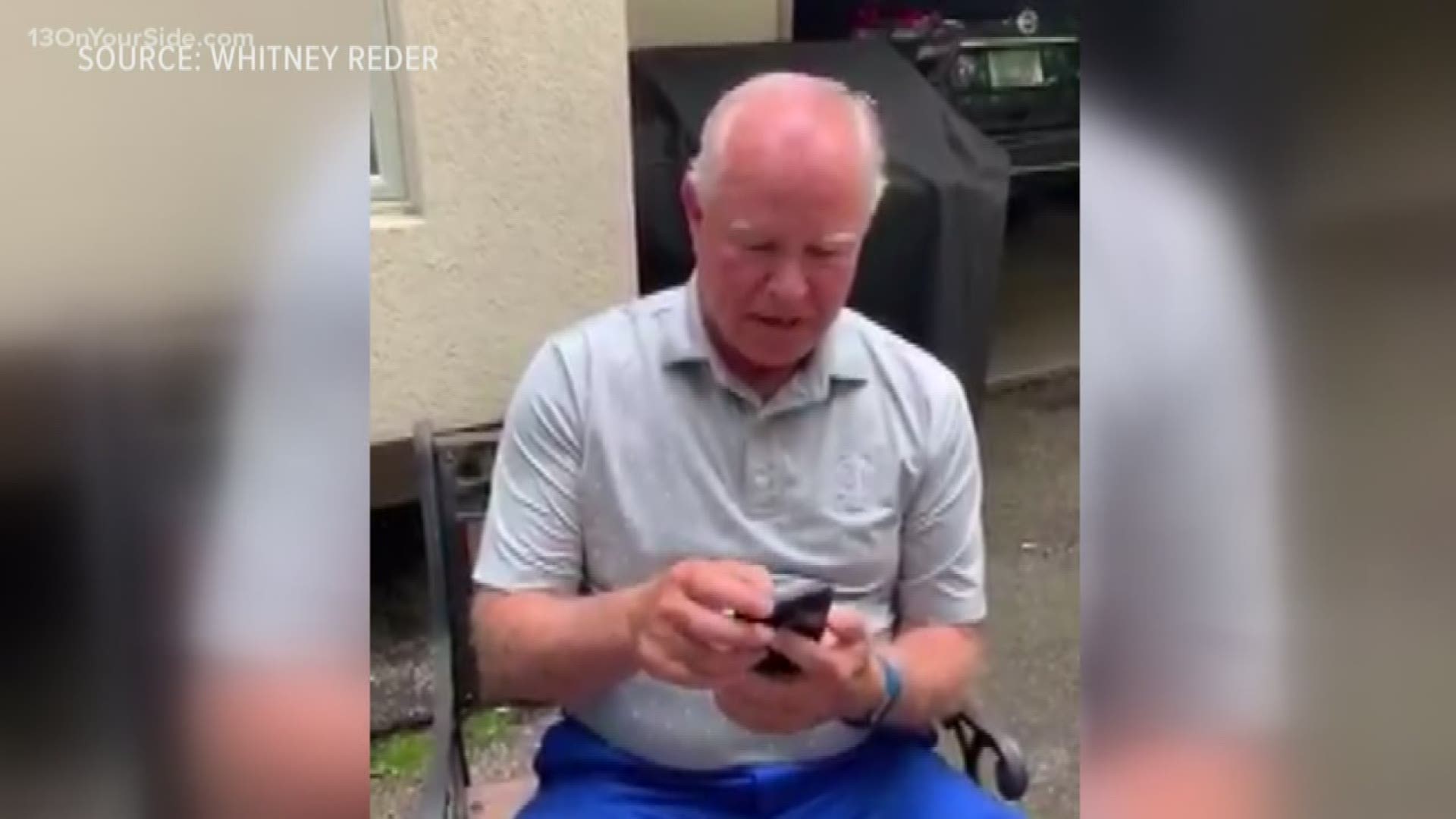 GRAND RAPIDS, Mich. — Jim Kenyon is gearing up for an exciting trip to Las Vegas. In addition to attending Lady Gaga's concert in October, the Grand Rapids man and his granddaughter Whitney Reder will get to meet the "Born This Way," singer.

Kenyon first gained attention after Reder surprised him with tickets to her May show. In a video that has since gone viral, Keyon's family asks him to check his calendar for an event in October. The Grandpa whispers in disbelief "Gaga?" as he realizes what's happening.

The surprise gift stemmed from a family tradition. For each of their grandchildren's 21st birthdays, Kenyon and his wife Mary Beth take them on a trip of their choosing.

Kenyon said while he and Reder are close, they don't have much in common. However, the two have a mutual love for Lady Gaga, and decided on a trip to Las Vegas for her Enigma concert.

"She is beautiful outside as she is inside. She is committed to all the things she believes in, and I’ve come to appreciate not only who she is, but her perspective on life. And now you look at the fact that she’s an adequate dancer, she’s a terrific singer and she’s a pretty darn good actress, so yeah she’s got it all going for her," Kenyon said.

However, tickets were scarce and expensive, ranging upwards of $900. Upon seeing the price tag, Kenyon lost hope for the concert, but Reder was determined, patient and eventually scored tickets to a different Gaga show online.

"I really did grow up with her and me personally I identify as gay and she was a big voice for me as an adolescent," she said.

Kenyon's response when Reder surprised him with the gift has been viewed over 5 million times and shared over 62,000 times as of Wednesday evening. Among those shares was a retweet from fellow popstar Halsey.

"She re-posted it and that’s when it really blew up," Reder said.

The video caught the attention of Park Theater MGM Resorts, Gaga's Las Vegas concert venue. The organization dubbed Keyton "Grandpa Monster," a play on Gaga's loyal fan base, Little Monsters, and invited the family for a free trip to see the Enigma concert.

"'Come out this October, we’ll put you up, fly you out, and we’ll arrange for a meet and greet.' Now I have goosebumps again," Keyton said.

Keyton, Mary Beth and Reder will get to meet Lady Gaga in person. Kenyon is excited to give Gaga a gift to say "thank you," and Reder says the meeting is something she'll cherish forever.

"It's gonna be amazing and to do that with my grandparents, that's something that I'm never going to forget," she said.