David Flanagan is working to restore the public's trust in CMP

David Flanagan was hired as the Executive Chairman of the Board of Directors just two and a half months ago to bring the company back from the bottom. 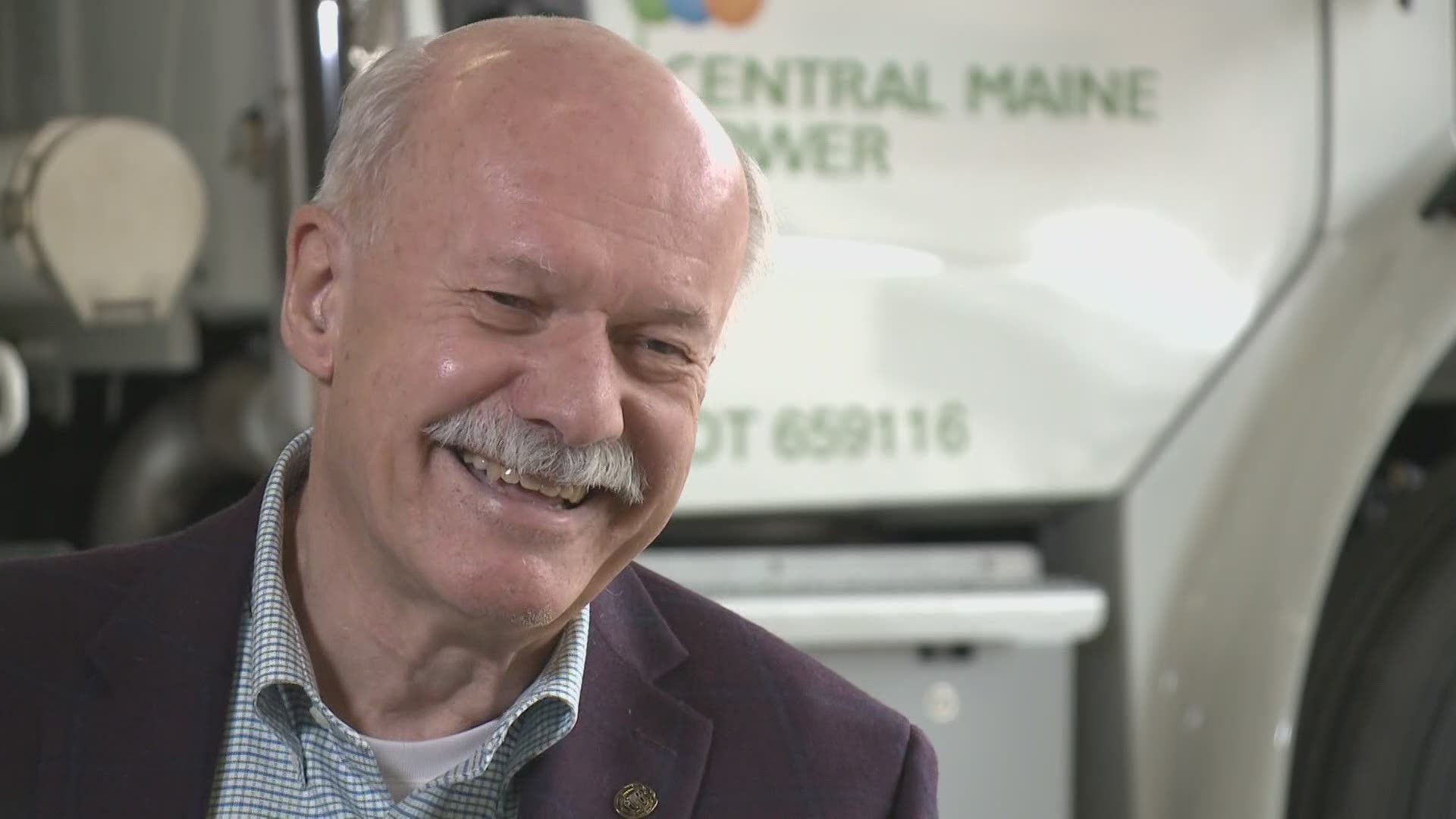 Central Maine Power (CMP) has had a rough two and a half years—it ranks in last place nationally in customer satisfaction, and there is still a major battle over the company’s proposed transmission line from Quebec. But CMP’s other problems may be starting to turn around, in part because of the man now in charge.

David Flanagan was hired as the Executive Chairman of the Board of Directors just two and a half months ago to bring the company back from the bottom.

Flanagan left CMP 20 years ago when the company was Maine-owned and well-liked. Two decades later, he’s back and is trying to save it.

Flanagan joked that his wife’s “not so damn pleased” he’s back from retirement, but says it’s fulfilling working on something that’s so important to people in Maine.

Credit: Ben McCanna/Portland Press Herald
David Flanagan announces he has been appointed executive chairman of the electric utility’s board of directors during a press conference in February at the company's offices on Canco Road.

CMP is the biggest electric utility in the state, which for two-plus years has been the target of angry customers and regulators, after major failures with billing and customer service.

When he was hired in February, Flanagan made it clear his job is to restore public trust.

“I think the company had some very serious problems with customer service and billing and timeliness for bills late 2017 and 18,” Flanagan said. “They’ve been making steady progress overcoming those problems but haven’t been communicating as well as they should.”

Communication, he says, is the key to fixing things.

Public Advocate Barry Hobbins says Flanagan and other CMP officials have already been doing a lot communicating, though meetings, calls, and messages, which is a noticeable change, he says.

“I think there is a general sense of increased confidence,” Flanagan said, “…you can’t satisfy all the people all the time, and some will be critical to their dying day, but I detect a positive willingness to be convinced that we’re doing a better job.”

Flanagan also says the number of customer complaints is down, and the Public Utilities Commission (PUC) confirms that. There has been a noticeable drop in complaints in the first three months of 2020 compared to last year: in January of 2019, there were 120 complaints compared to this year’s 88. That number was cut in half the following two months, with 48 in February and 44 in March of 2020.

“Every month it seems to get better,” Flanagan said.

He says the call center’s answering statistics are up to 86 percent with a live human available in the first 30 seconds. But Flanagan says there is still a lot of work to be done.

Man-made problems aren’t all David Flanagan has had to face.

“I thought this would be a big challenge, otherwise they wouldn’t have asked me to come back,” he said. “[…] I wasn’t banking on the COVID[-19] pandemic and massive snowstorm on top of that,” he joked.

The spring snowstorm in April caused huge damage to the CMP system. A total of 280,000 customers were without power from the storm. It was “one of the four or five biggest storms of this century,” Flanagan said.

RELATED: More than 150,000 still without power across Maine

“I couldn’t be prouder," Flanagan said. "I think our crews and leadership did a great job and brought things back much quicker than could have been expected. I think it’s a real demonstration of what CMP and its people are capable of.”

Twenty-two years ago, Flanagan managed the massive ice storm recovery, which made CMP’s reputation back then.

Flanagan says regaining that reputation has started but is a work in progress. That work will be done by the men and women in the trucks and those on the phones, but the tone and image will come from the guy at the top.

“You know me…I’m willing to admit things we did wrong, things we could have done better, and what we are doing to improve them now, in the past and in the future. If nothing else at least I’ll be candid.”

The people who depend on CMP, he says, deserve straight talk.

A leader of the group CMP Ratepayers Unite said it’s “too early to know” if Flanagan is having a positive impact on the company.

Judith Hyde, an administrator of the group, said, “all we have seen are promises of change, but no results as yet.”