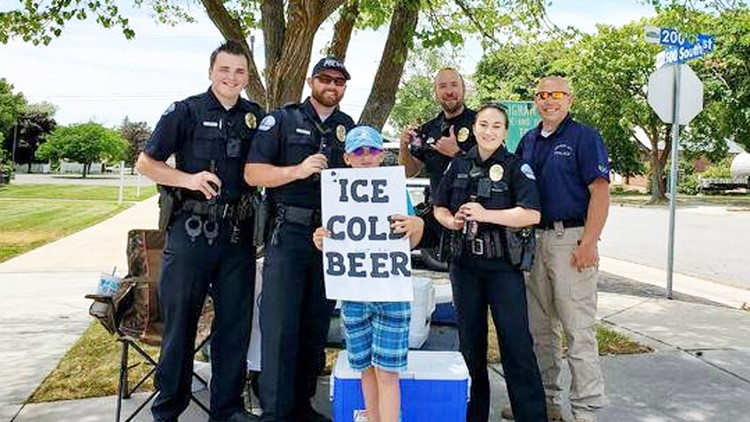 At first it looks like a regular lemonade stand, but then you read the sign he's holding: "ICE COLD BEER."

But as the police department stated this week in its Facebook post, there's a twist in the story.

"Yep, he's selling beer.... ROOT BEER, that is," the department posted after officers responded to the church.

"His marketing strategy has resulted in several calls to the BCPD, but apparently its paid off as business has been good," police stated.

The child's mother wrote on Facebook that he soon sold out, but he would be back, possibly with a sign that had "root" on it.