117 years of teaching retires with these 3 Maine sisters

Sisters often share a lot. But Cecile LaPlante, Theresa LaPlante, and Sue Donovan never would have imagined they'd share not only their careers but now retirement. 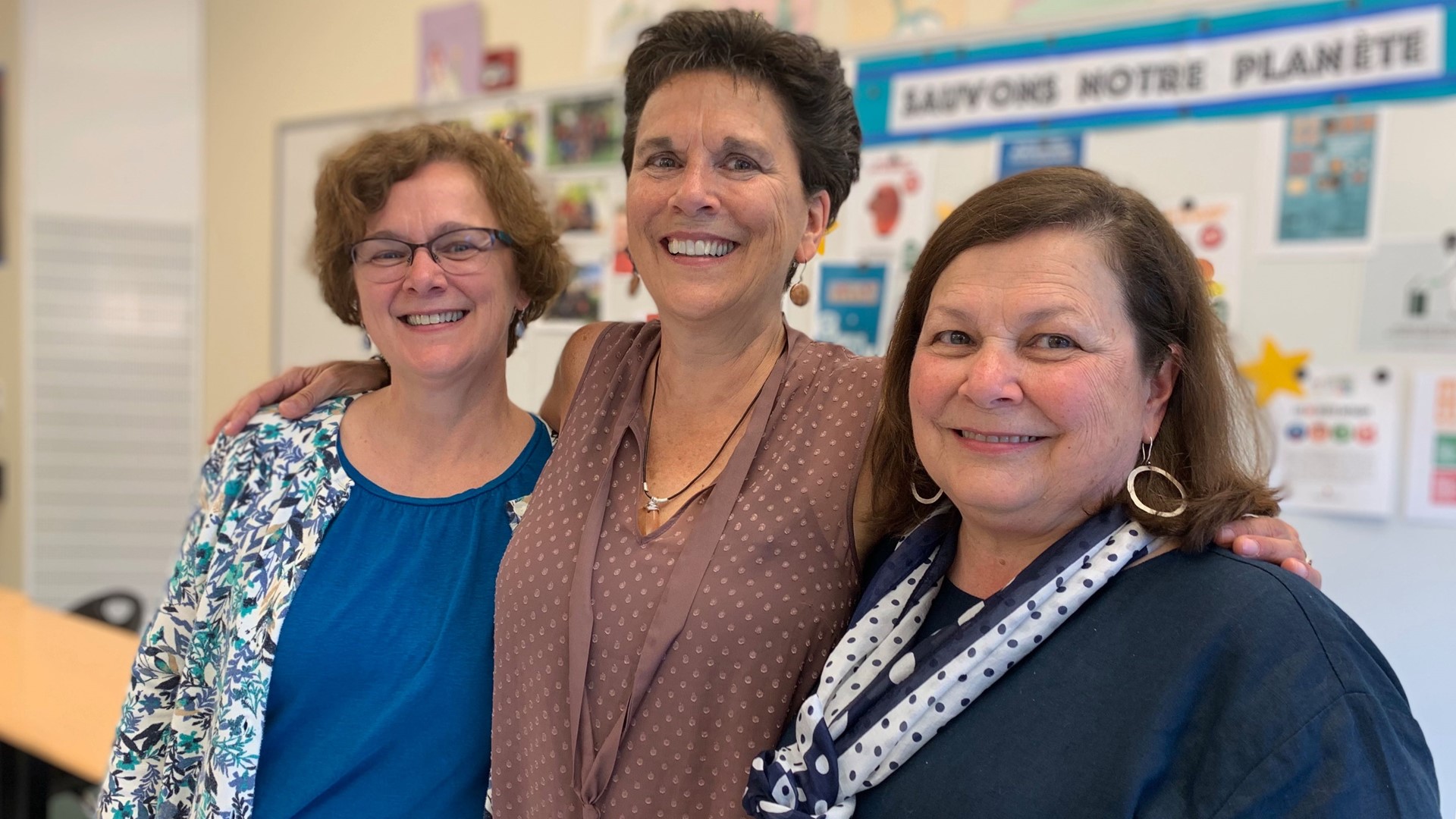 SOUTH PORTLAND, Maine — Sisters often share a lot. But for Cecile LaPlante, Theresa LaPlante, and Sue Donovan they never would have imagined they'd share not only their careers but now their retirements.

Sue Donovan teaches math at Memorial Middle School. She's been teaching for 37 years. Her older sister, Theresa LaPlante is a guidance counselor at Portland High School. Theresa has been in education for 38 years. Their eldest sister, Cecile LaPlante, teaches French at South Portland High School; she's been doing it the longest: 42 years.

Combined the three sisters from Maine have been teaching in the state for 117 years.

All three say the decision to retire was made independent from each other. Theresa and Sue say they are ready for something new. Cecile only decided to retire a month ago after years of her family asking her if she was ready. Cecile made the decision at a USM graduation for a student teacher that had particularly impressed her.

Credit: NCM
Theresa LaPlante, Sue Donovan, and Cecile LaPlante are all retiring from a combined 117 years of teaching in Maine.

"I went to her and said I think I am retiring. I would like for you to apply for my job," Cecile made the announcement to the student teacher before anyone else including her husband. She says she feels good knowing that there is "new energy" to take over where she is leaving off.

The sisters were among eight siblings who grew up in Van Buren on the Canadian border. Their mother and father were farmers who encouraged their daughters’ to learn.

"We think dad graduated from high school," Cecile says. Their mother went back to school and got her GED the same year Theresa graduated from High School.

Credit: contributed photo
The LaPlante's grew up in Van Buren among 8 siblings.

Growing up the siblings played school in a makeshift classroom their father had set up in the basement of their home. Cecile was always the teacher. She taught her younger siblings math and drama and she'd play the piano and make them sing.

"She was a good teacher," Sue chuckles.

"Our parents always said that we were all going to go to college," Cecile says all eight of the siblings graduated the University of Southern Maine except Theresa who went to Bowdoin. And four of the siblings became teachers. The sisters have another sister who teaches in Yarmouth but they tease her because she has only been teaching for 35 years, "a measly 35," they say.

The sisters think their parents who never got a chance to retire would be proud of them and their careers.

"It has just been a great, great career for me," says Cecile.

"Some of the things I will miss the most were some of the hardest things," says Theresa.

"I will really miss the people I work with," Sue says.

The sisters agree the thing they will miss the most are the students.

But they are not the only ones who will be doing the missing.

"Theresa has been a wonderful counselor," said Portland High School Principal Shiela Jepson. "She comes with so much experience...and a calm demeanor."

Jepson says Theresa is part of the leadership team at Portland High School and had been a sounding board.

So while most students and teachers alike are looking forward to the last day of school.

"I hope that I am strong enough not to have the tears. But it’s hard," admits Cecile.

The three sisters are dreading it...just a bit.