Santa took an 8-year break after having a motorcycle accident, but he was back to bring some joy to people in 2020 and to kick off the holiday season! 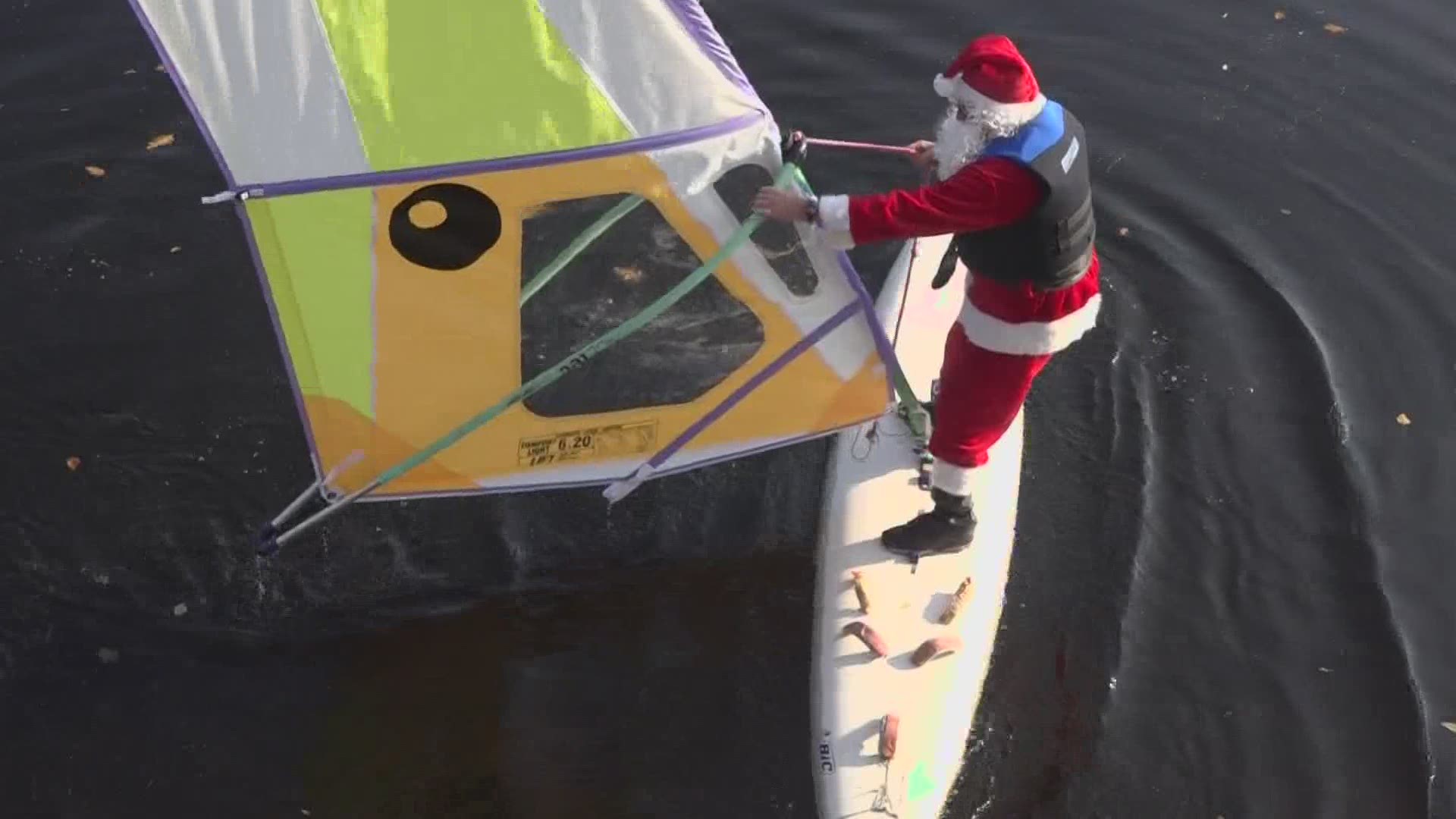 BANGOR, Maine — Santa Claus came to town more than a month early this year. Dressed in his characteristic red and white, Claus visited Bangor Sunday morning to kick off the holiday season!

Santa was windsurfing on the Penobscot River between the riverfronts in Bangor and Brewer.

The man inside this particular costume, Charlie Sargent, has been pulling off this stunt for more than a decade now. Sargent dresses up like Santa the last week of October or the first week of November and windsurfs through the river.

This year, there was barely any wind so his trip was a short one.

Sargent had a 15-years streak of windsurfing in the fall as Santa. It was a tradition that people running or walking on the Bangor or Brewer waterfronts would stop and watch.

Charles Sargent is known as ‘Surfing Santa’ here in Bangor. He has been doing this tradition for 15 years but took a long break after a motorcycle accident. It’s 2020, and Charles wants to bring some joy! Today, he is back on the Penobscot river kicking off the holiday season! 🎅🏼 pic.twitter.com/Pe1L16ytYw

However, Sargent took an 8-year break after a motorcycle accident.

"I had a break from 2012 till now, so I used to do it every year before that, and now back into windsurfing again," says Sargent.

He says he does it just for fun and to bring a smile to others.

"To make something different, you need something in life that is just happy news, something that is different that people have done before that they are going to do again, that is good news," says Sargent.

Santa tells us it was all worth it to see the kids walking by the riverwalk and calling his name!

"I do it because people out there gotta have something happy to see, instead of all the stuff that isn't happy," says Sargent.

RELATED: Halloween has a new look this year and potentially a new holiday figure