The fisherman who boosted Rangeley's economy

New York industrialist George Shepard Page told city folks where the big ones could be found. 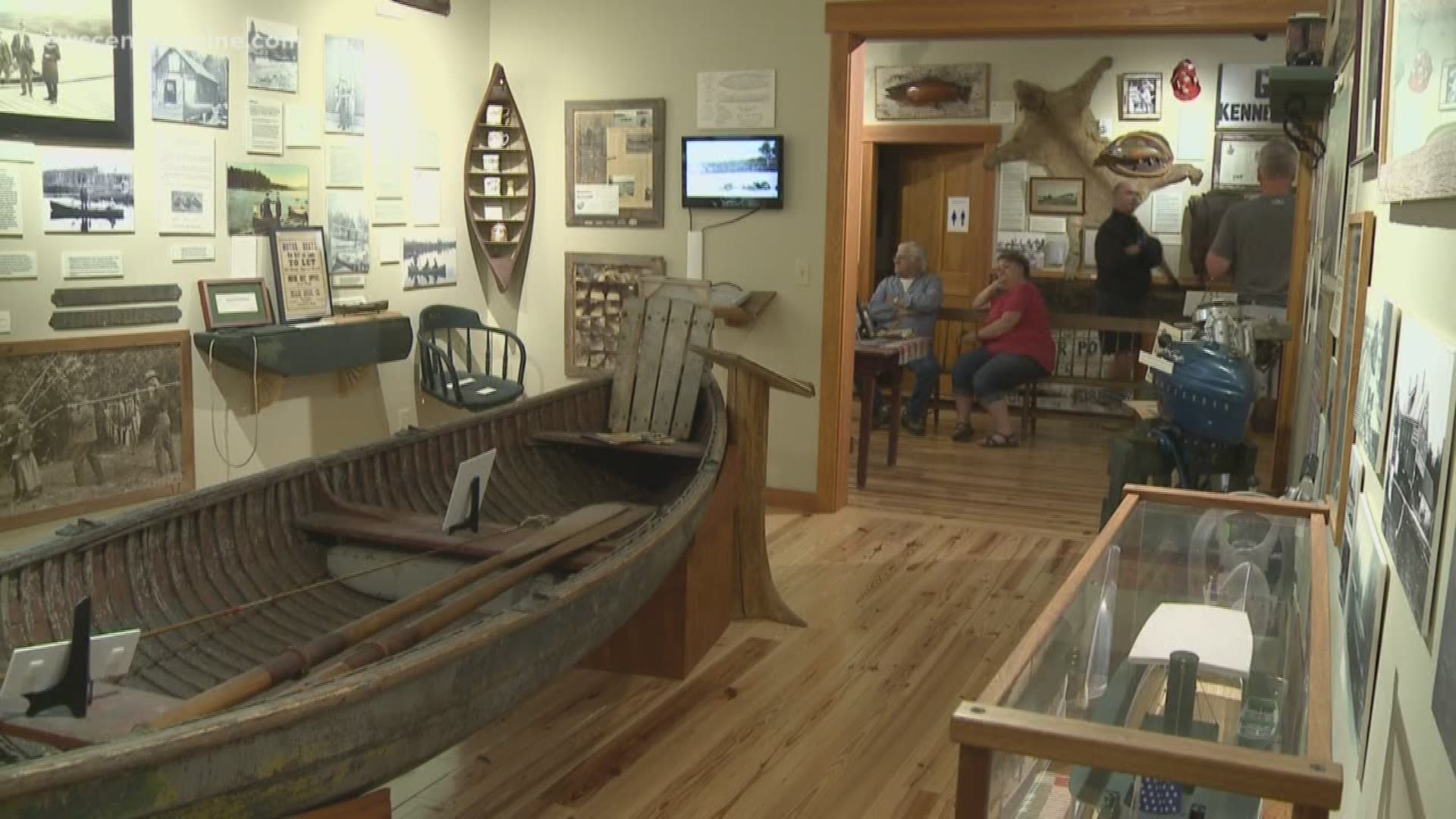 RANGELEY, Maine — In an age when local historical societies are struggling, the Outdoor Heritage Museum in the village of Oquossoc is thriving.

"The stories of men and women who built this area are inspiring," said Executive Director Bill Pierce.

Among the collection is an original oil painting by President Dwight D. Eisenhower. While President, he painted a portrait of his favorite Rangeley Guide, Don Cameron.

"His passions were fly fishing, golf and oil painting," said Pearce. "It's quite remarkable that a sitting President dealing with the likes of Khrushchev and the Cold War would take the time out to paint a portrait of his Rangeley guide."

The museum has many artifacts from such legendary sporting figures as Annie Oakley, Fly Rod Crosby and a little known marksman named Billy Hill. Hill may have been the greatest marksman in American history.

Artifacts include world-class taxidermy, a machine that wound thread into fishing line and a special typewriter.

Louise Dickinson Rich wrote "We Took to the Woods" on this typewriter. Originally a weekly magazine series, it became a wildly popular book during World War II. Her humorous and romanticized stories of a Thoreau-like existence on the Rapid River evoked powerful memories of home for American soldiers fighting World War II.

The Outdoor Heritage Museum is open every day during July and August from 10 a.m. to 4 p.m.