The Lithia Springs native announced his book called "C is for Country" on Twitter. 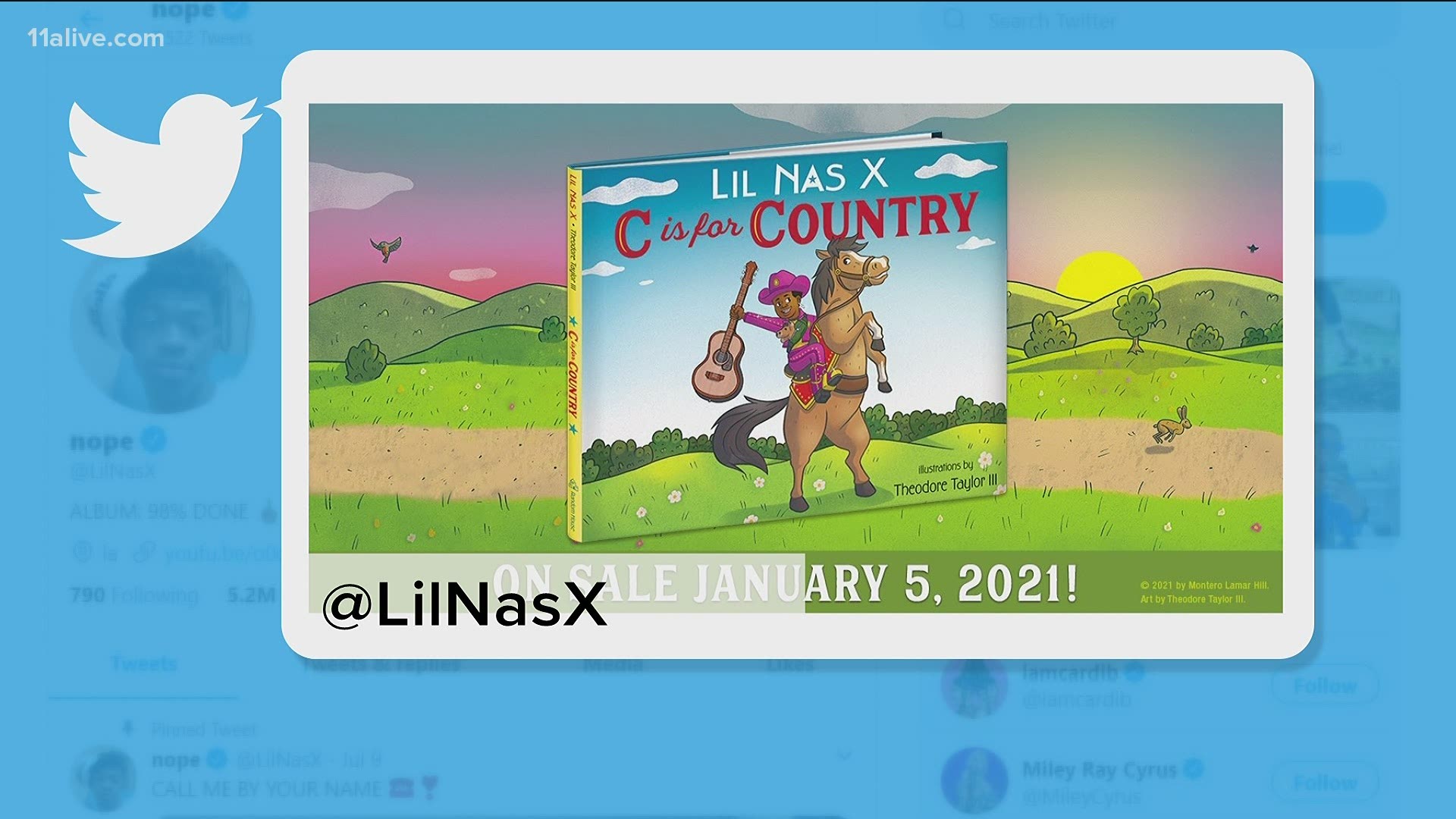 ATLANTA — He took us to the “Old Town Road” now Lil' Nas X is a children's book author!!

The Lithia Springs native announced his book called "C is for Country" on Twitter.
The book is to help kids learn their ABC's. It apparently follows Lil' Nas and Panini The Horse on a journey through the alphabet from sunup to sundown.

The rapper and singer, whose real name is Montero Hill, didn't rise to to the top of the music charts without overcoming some battles.

His crossover hit sparked controversy when it opened at No.19 on the Billboard Hot Country chart. Billboard pulled it from the chart, when the magazine called it more of a rap song than a country song.

Country singer Billy Ray Cyrus performed on a remix of "Old Town Road" with Lil Nas, which made it an even bigger hit, and won them a Grammy award.

The pop star made headlines once again last year when he revealed that he is gay on social media.

i’m dropping the best kids book of all time soon! C IS FOR COUNTRY, out January 5, 2021 from @randomhousekids. I can't wait to share it with you all. You can pre-order it right here!!!: https://t.co/lLqM4CqXA5 pic.twitter.com/h0hhnlvPTO

In a tweet on the last day of National LGBTQ Pride Month detailing his single “c7osure," Lil Nas X shared a rainbow emoji along with a caption asking for listeners to pay attention to the song's lyrics.

And at 21 years old, he's dominating popular culture, TIME wrote in its feature.

“Everything lined up for this moment to take me to this place,” he told TIME.

“Not to sound self-centered, but it feels like I’m chosen, in a way, to do this stuff.”

Lil Nas X worked locally at Zaxby's and Six Flags before he became a full-time musician.

The book comes out January 5 and you can pre-order it now.