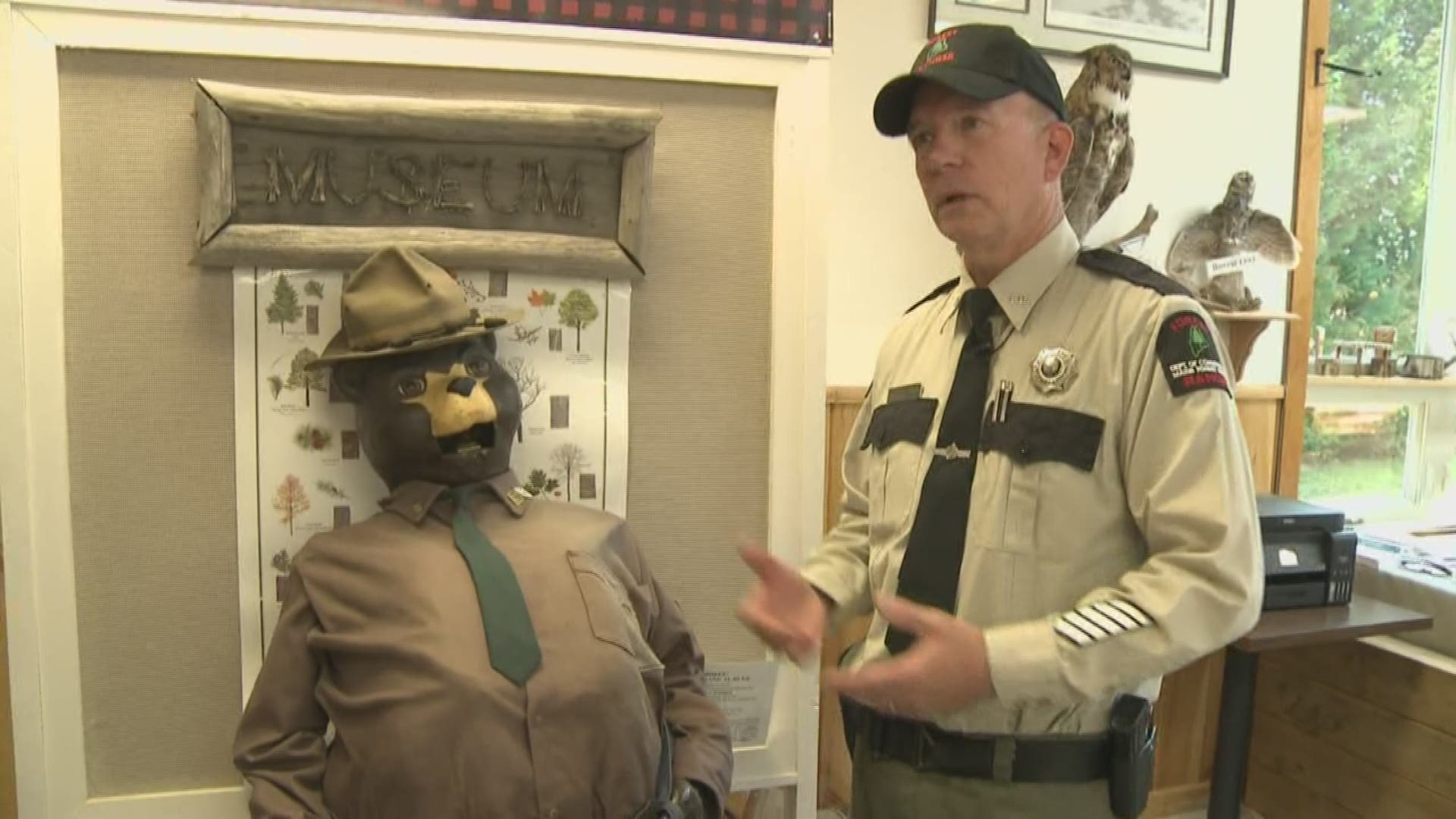 PATTEN, Maine — In a corner of the Patten Lumbermen's Museum stands a slowly-decaying robotic Smokey Bear.

In the 1950s, he became a big star.  He visited thousands of kids in schools, festivals and parades.

"The kids are very interested," said Rhonda Brophy who is Curator of the museum.  "The older people come up and say, 'Oh! Can I take a balloon? Can I have a sticker? I think it's more for their generation.'"

Forest Ranger Kent Nelson often accompanies a more modern version of Smokey as he makes visits.  He points out that Smokey existed before an orphaned bear cub was rescued from a New Mexico fire.

"Someone found a small bear cub that had burnt paws and they named him 'Smokey.'"

The Singing Cowboy, Gene Autry popularized a song about "Smokey The Bear."  However, the authorities have always called Smokey simply Smokey Bear.  The bear rescued from the New Mexico fire lived out his days in the National Zoo in Washington, D. C.

In recent years, like other icons, Smokey is a younger-looking and more vital character.  He does not speak, although various actors have provided his essential message, "Only you can prevent wildfires."

Originally, that message spoke of forest fires but was broadened.

Then as now, nine of ten fires are caused by people.

Smokey's 75th birthday was August 9.  He will celebrate for a year including an appearance in the Macy's Thanksgiving Day Parade on November 28.